Hungarian Prime Minister Viktor Orban will travel to the U.S. in August to speak at the Conservative Political Action Conference (CPAC) in Texas, the Daily Caller has learned.

Orban’s appearance comes after CPAC hosted a May conference in Budapest. Orban spoke there about Hungary’s “12-point recipe” for success. Orban is expected to discuss similar themes during his speech in Texas. 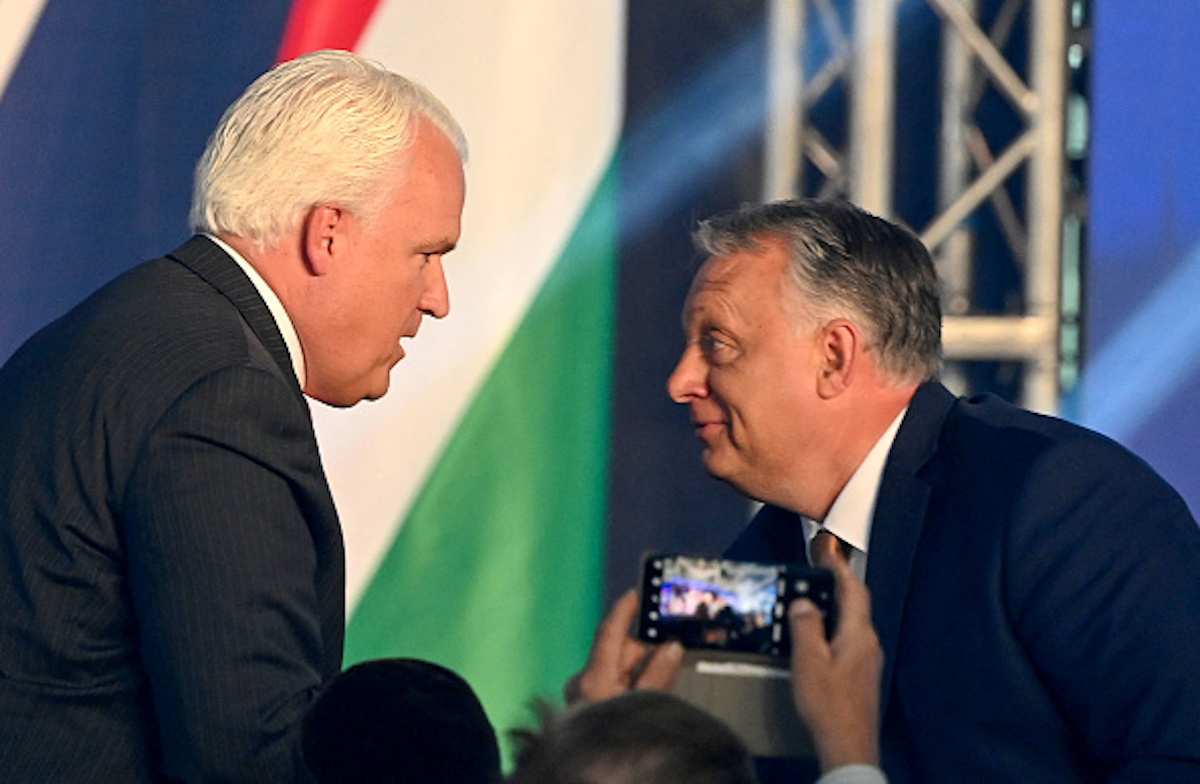 The Chairman of the American Conservative Union Matt Schlapp (L) and Hungarian Prime Minister Viktor Orban chat during an extraordinary session of the Conservative Political Action Conference (CPAC) at the Balna cultural centre of Budapest, Hungary on May 19, 2022. (Photo by ATTILA KISBENEDEK/AFP via Getty Images)

At the CPAC in Hungary, Orban, referencing his “12-point recipe,” mentioned why no U.S.-based outlets were credentialed to attend the event.

“Number four, my dear friends, have your media. You can only present the stupidity of the leftist progressives if you have the media to do it,” Orban said. “Leftist opinion can only seem to be a majority because the media helps them to increase their voice.”

Other international figures such as Nigel Farage of the U.K. and Mexican soap opera actor Eduardo Verastegui are supposed to attend CPAC in Texas, the Daily Caller is told. (RELATED: Reporters Are Having A Tantrum Because CPAC Won’t Accredit Them)

In April, Orban won a fourth term as prime minister.

CPAC Texas is being hosted in Dallas and will take place from August 4-7.