A new investigation by The Guardian alleges Uber used a “kill switch” to obstruct authorities from gaining access to its data.

Roughly 124,000 confidential documents, now referred to as the “Uber Files,” were reportedly leaked to The Guardian on Sunday. An investigation revealed that the company cut off IT access at least 12 times during police investigations in France, the Netherlands, Belgium, India, Hungary and Romania, The Guardian reported.

Uber’s actions potentially violated obstruction of justice laws in France, Hungary, India, and the Netherlands, according to the same report.

The company has also been accused of exploiting tax havens, lobbying politicians, and encouraging violent protest.

Police investigations that could have led to bans of Uber’s unlicensed taxi service or the prosecution of drivers began in 2014, according to The Guardian. Since then, Uber has developed a detailed strategy to shut down individual offices’ access to its IT systems while authorities search for information. (RELATED: Uber’s Been Using A Secretive Tool To Avoid Detection By Predatory Regulators)

The investigation identifies senior executives as the creators of the scheme. Most heavily involved in the development of the “kill switch” were former CEO Travis Kalanick and the previous legal director in Europe, Zac de Kievit, The Guardian reported.

“Sometimes we have problems because, well, we’re just fucking illegal,” Nairi Hourdaijan, former head of Uber’s global communications, admitted in an email, according to TechCrunch. (RELATED: Uber Has Suffered So Many Embarrassments, It’s Hard To Keep Track) 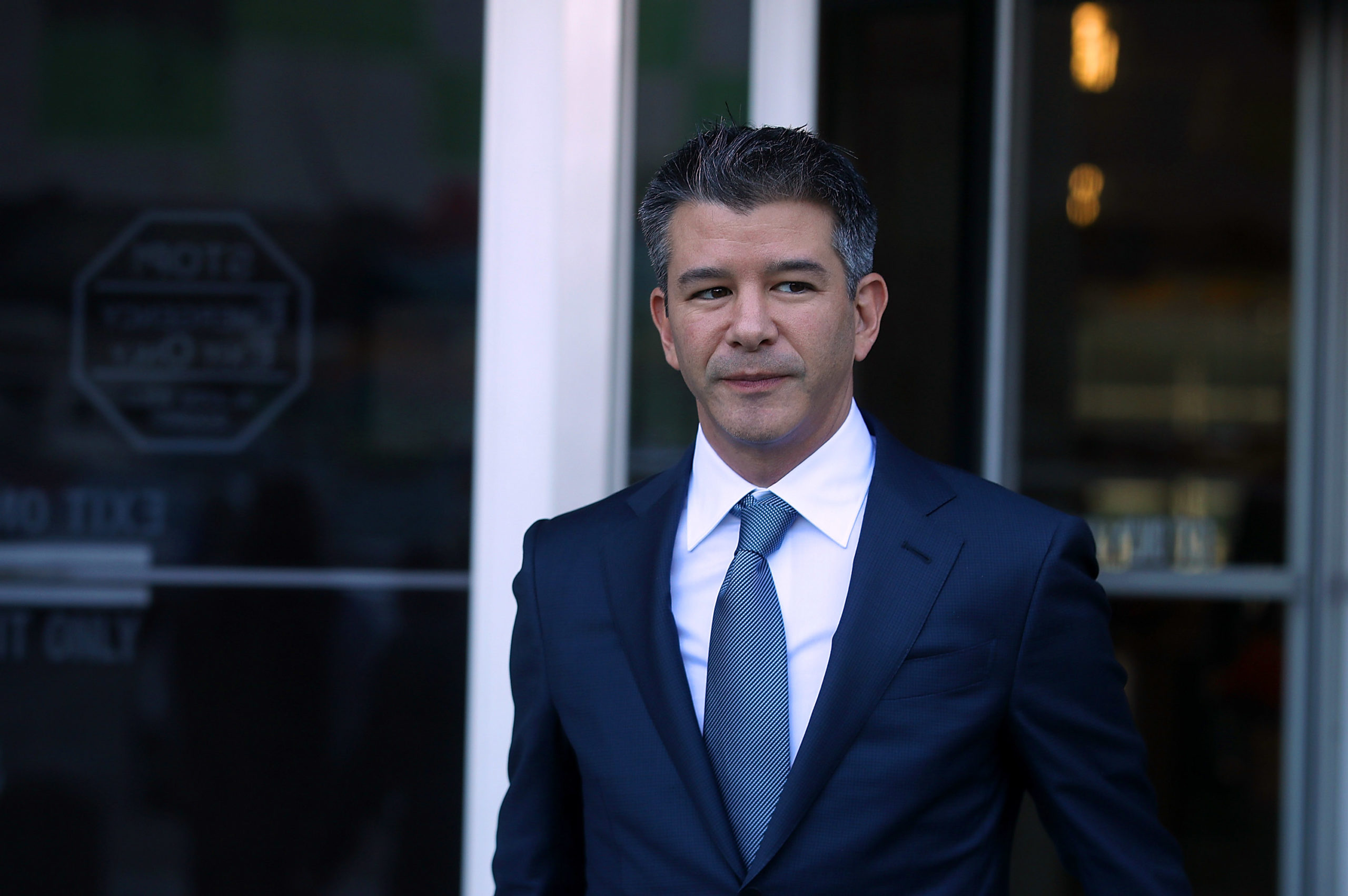 During one of the first raids in Paris in November 2014, de Kievit instructed an IT engineer in Denmark to “Please kill access now,” also notifying Kalanick and Pierre-Dimitri Gore-Coty, head of Uber’s operations in western Europe, The Guardian reported.

#UberFiles | The International Consortium of Investigative Journalists scoured internal #Uber texts, emails, invoices and other documents to deliver what it called “an unprecedented look into the ways Uber defied taxi laws and upended workers’ rights.”https://t.co/C2gaujXXgh

During a police search, Uber managed to cut off access seconds after police stormed through two separate doors, The Guardian reported. (RELATED: Uber Paid Hackers 100K In Hush Money. Now Must Pay $148 Million To US States)

The strategy reportedly received its own name: the “Zachary De Kievit playbook.”

“Use the ‘Zachary De Kievit’ playbook: try a few laptops, appear confused when you cannot get access, say that IT team is in SF [San Francisco] and fast asleep, and anyway this is all controlled by [Dutch parent company] Uber BV so they should write to Uber BV with their request,” texted instructions said, according to The Guardian.

Uber claims to have terminated the “kill switch” strategy since Dara Khosrowshahi took over as chief executive in 2017, according to The Guardian. 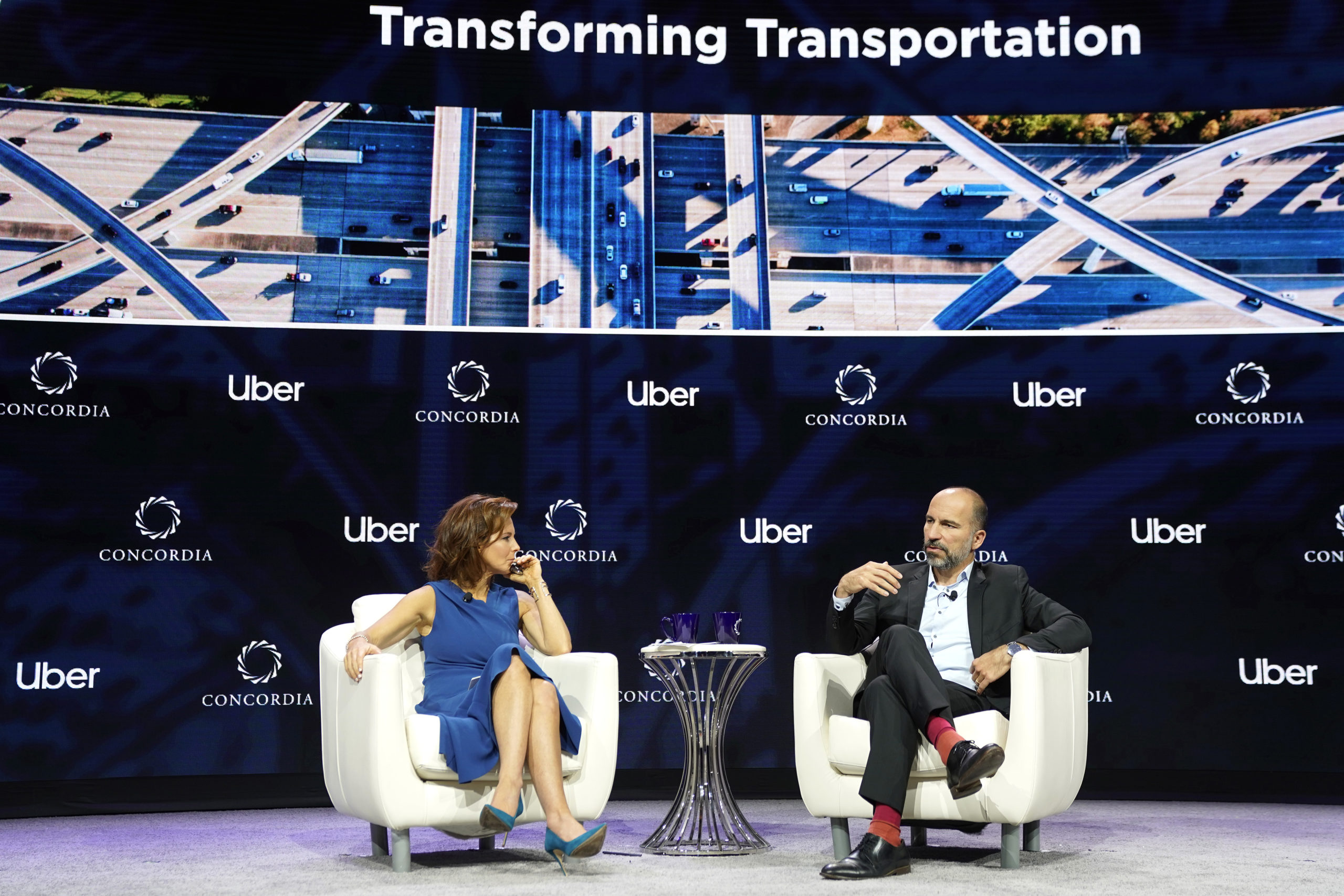 Senior Vice President Jill Hazelbaker claimed Uber’s actions led the company to hire Khosrowshahi as its new CEO in 2017. Khosrowshahi was responsible for reshaping company practices according to the recommendations of US Attorney General Eric Holder.

“When we say Uber is a different company today, we mean it literally: 90 percent of current Uber employees joined after Dara became CEO,” Hazelbaker wrote in a public statement. “We have not and will not make excuses for past behavior that is clearly not in line with our present values.” 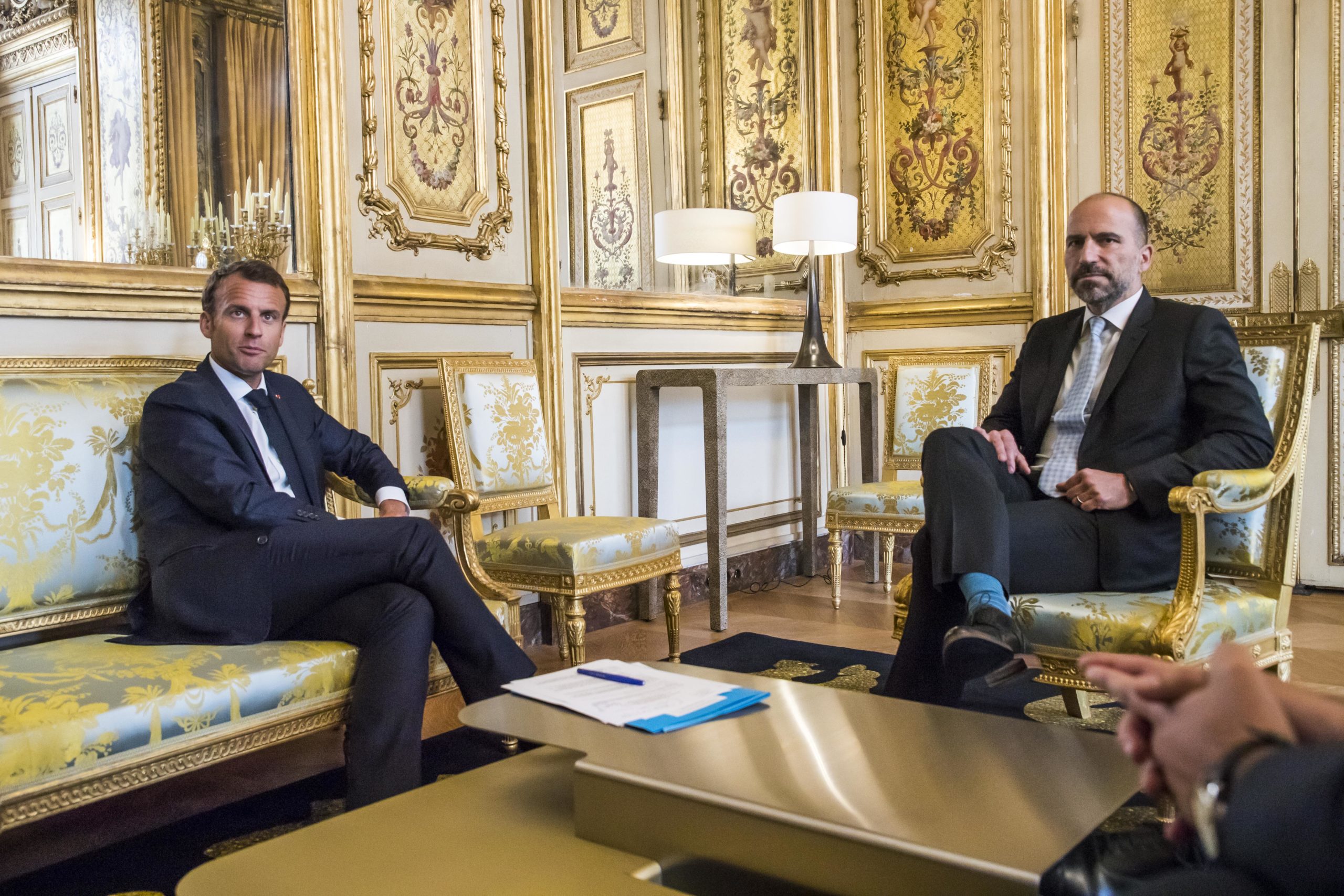 French President Emmanuel Macron (L) meets with Uber CEO Dara Khosrowshahi at the Elysee Palace in Paris, on May 23, 2018. (Photo by Christophe Petit-Tesson/AFP via Getty Images)