House Minority Leader Kevin McCarthy is planning a series of training sessions for House Republican committee staffers in what’s viewed as the party’s next step to prepare for post-midterm investigations.

McCarthy and House Administration Committee ranking member Rep. Rodney Davis of Illinois sent an email Tuesday morning to staffers inviting them to the upcoming sessions, dubbed “informational briefing(s).” The email, obtained by the Daily Caller, is titled “Oversight Education Series: Investigations 101” and the briefings are designed to ready House committee staffers for conducting oversight, a person familiar with the House Republicans’ plans explained to the Caller.

“Leader Kevin McCarthy and Ranking Member Rodney Davis would like to invite you to attend this informational briefing with Jon Skladany, Chief Oversight Counsel for the Committee on Financial Services, and Rachel Kaldahl, Republican Staff Director for the Ways and Means Subcommittee on Oversight,” the email reads. “This briefing will review the basics of performing effective oversight investigations and will highlight best practices to fulfill Congress’s Constitutional oversight obligations.”

The first “Investigations 101” briefing is slated for the afternoon of July 22, according to the email. McCarthy will also host a second briefing Sept. 8 and a third Sept. 26.

The GOP has a long list of oversight investigation topics should they take over the House post-midterms, the person familiar with Republicans’ plans said.

The investigations list, the Caller previously reported, includes border policies implemented under the Biden administration, the origins of COVID-19, and the administration’s reaction in testing, opening schools, and its dismissal of natural immunity. The person familiar with Republicans’ plans also said the Joint Enterprise Defense Infrastructure (JEDI) contract at the Department of Defense (DOD) is on the investigations list.

The chaotic withdrawal from Afghanistan and Hunter Biden and his foreign business dealings are likely to be the subject of oversight investigations as well, a Republican Oversight Committee aide added. The individuals were granted anonymity in order to speak on private planning matters pertaining to the GOP. (RELATED: EXCLUSIVE: Kevin McCarthy Plots An Investigation Avalanche If GOP Retakes House) 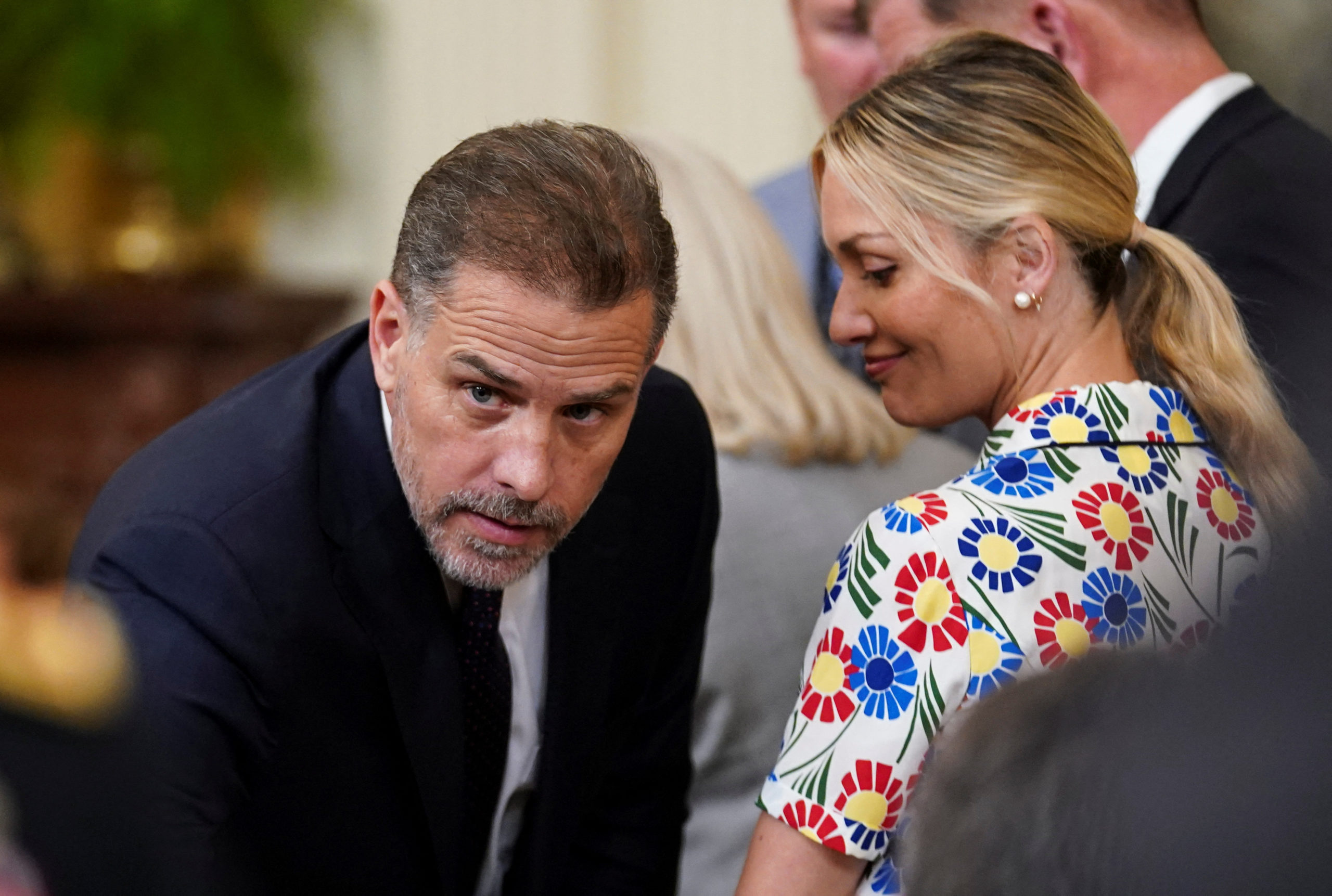 Hunter Biden, son of U.S. President Joe Biden, arrives with wife Melissa Cohen Biden prior to President Biden awarding Presidential Medals of Freedom during a ceremony in the East Room at the White House in Washington, U.S., July 7, 2022. REUTERS/Kevin Lamarque

Republican lawmakers have been outspoken on their plans to investigate some of these topics. McCarthy, Ohio Rep. Jim Jordan and Kentucky Rep. James Comer wrote an op-ed published July 1 by the New York Post about investigating Hunter Biden. Comer and Jordan would play leading roles in any investigations of the Biden administration, since they are slated to head the Oversight and Judiciary committees, respectively.

Republicans have already sent “hundreds of preservation notices throughout different parts of the Biden Administration,” the person familiar with the plans said. These preservation notices serve as a request that various documents relevant to a case be preserved, and some have been publicly touted by the party in recent months.

“We’re just laying the groundwork now, we’re going to keep sending our letters. I would imagine at some point … those letters are repackaged and we say, ‘Hey, you did not respond to this request we sent you six months ago. We expect you to turn over these documents,'” the Republican Oversight Committee aide told the Caller.

“We’re just getting ready. We keep conducting oversight … We’ll be ready to roll in January with several investigations already prepared to go,” the aide added.

Preservation letters and informational briefings appear to be just the start in the GOP’s prep for an anticipated House takeover. A senior Republican aide told the Caller that preparation for the majority will likely “kick into full gear once August recess rolls around.”

“It’s expected that House Republicans will flood the Biden Administration with [more] preservation notices and requests that will help jump-start GOP investigations come 2023,” this senior aide said, specifying that there will be “way, way more” preservation notices in the near future.

“Everything will be on the table, including the possible impeachment of multiple cabinet officials,” the senior aide continued. (RELATED:  Jim Jordan Lays Out The Investigations Americans Might See If Republicans Win Back The Majority)

Homeland Security Secretary Alejandro Mayorkas and Attorney General Merrick Garland are two cabinet officials that Republicans are honing in on for impeachment, according to the senior aide.

“That’ll be a decision that will be made by the entire conference,” Jordan told the Free Beacon.

As Republicans lay the groundwork for a flood of investigations, the Biden administration is also reportedly busy prepping their defense, according to an article published by The Washington Post in April. The White House did not immediately respond to a request for comment from the Daily Caller.

“Senior officials have begun strategizing on how various White House departments, especially the counsel’s office, may be restructured to respond to an onslaught of investigative requests if Democrats lose control of the House or the Senate in November’s midterm elections, as many in both parties expect,” The Washington Post reported.

The White House has also brought on new staffers recently in the hopes that they’ll aid in responding to the various GOP probes, according to The Washington Post. Some of these staffers, like President Joe Biden’s current senior adviser, Anita Dunn, are well known to the president.

“White House officials say their preparations are hardly surprising, given the Democrats’ narrow majorities in Congress and the uncertain outcome of the midterm elections,” The Washington Post reported. “Biden officials also said the White House Counsel’s Office had been structured to respond to Republican oversight efforts from the beginning.”