A Biden administration economic official credited President Joe Biden’s policies for a recent decrease in gas prices despite the fact that the fall in prices is largely due to diminished demand and fears of a global recession, according to a CNBC news clip posted to Twitter.

Jared Bernstein, a member of the White House council of economic advisers, said that the price of gas nationwide is down by more than 30 cents from its peak due to Biden’s efforts to increase the supply of oil in a TV interview Monday. The drop in gas prices is primarily because of diminished demand at the pump and growing fears of a global recession that are causing oil prices to fall.

Gas prices are dropping because of the administration’s tapping of oil supplies from the U.S. Strategic Petroleum Reserve and its pressuring of the U.S. oil industry to boost output and refinement, according to Bernstein. However, Bernstein did claim that with domestic refineries pushed to the brink, there is little that can be done in the short term to ease the supply gap. (RELATED: ‘You’re At 33% Approval At This Point’: CNBC Host Calls Out Biden Economic Adviser For Using ‘Putin Price Hike’ Scheme) 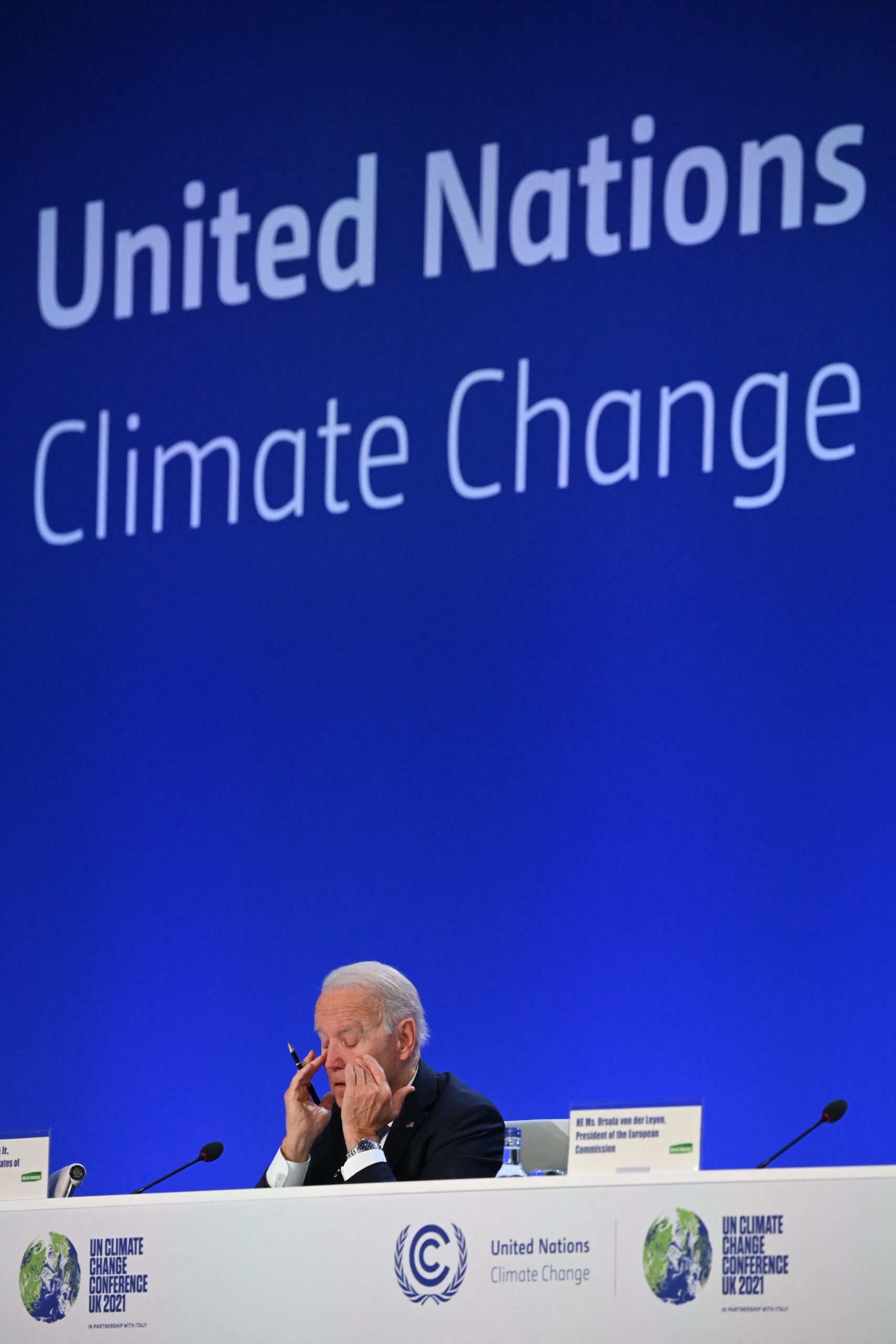 US President Joe Biden attends the World Leaders’ Summit “Accelerating Clean Technology Innovation and Deployment” session at the COP26 Climate Conference at the Scottish Event Campus in Glasgow, Scotland on November 2, 2021. – More than 80 countries have signed up to a US and EU pledge to slash methane emissions by 30 percent by the end of the decade, European Commission head Ursula von der Leyen said Tuesday. (Photo by Jeff J Mitchell / POOL / AFP) (Photo by JEFF J MITCHELL/POOL/AFP via Getty Images)

The White House is taking credit for gas prices that are roughly $1.50 higher than the same date last year and about $1.30 higher than they were in January, one month before Russia’s invasion of Ukraine. Following the Russian invasion, the U.S. imposed an embargo on Russian energy imports which led to a hike in fuel prices.

Biden will travel to Saudi Arabia this week to ask the nation to pump more oil to solve the current fuel crisis that is being exacerbated by the war in Ukraine. Despite the request, the Biden administration is still moving to fulfill its aggressive climate agenda and place less emphasis on fossil fuel use.

“Biden has targeted American energy security from day one and he’s proving it by going to the Saudis to beg them for oil,” Kish stated.