A legal advocacy non-profit is demanding an investigation into Dick’s Sporting Goods for allegedly discriminating against mothers after the company announced it would reimburse abortion-related travel, according to a letter.

Dick’s does not provide equal compensation for employees, spouses or dependents who have just given birth and such discrimination is illegal under Title VII, the press release claimed.

“This is a big company and the practices that they are engaging in, while they might make as virtue signals and they might have utility for the company, they certainly don’t create shareholder value,” America First Legal Senior Counselor and Director of Oversight Reed D. Rubinstein told the Daily Caller News Foundation. “They also kind of demonstrate the perverse effects and frankly the destructive effects of this most extreme corporate wokeness because abortion and racial borders have absolutely nothing to do with selling sporting goods.” 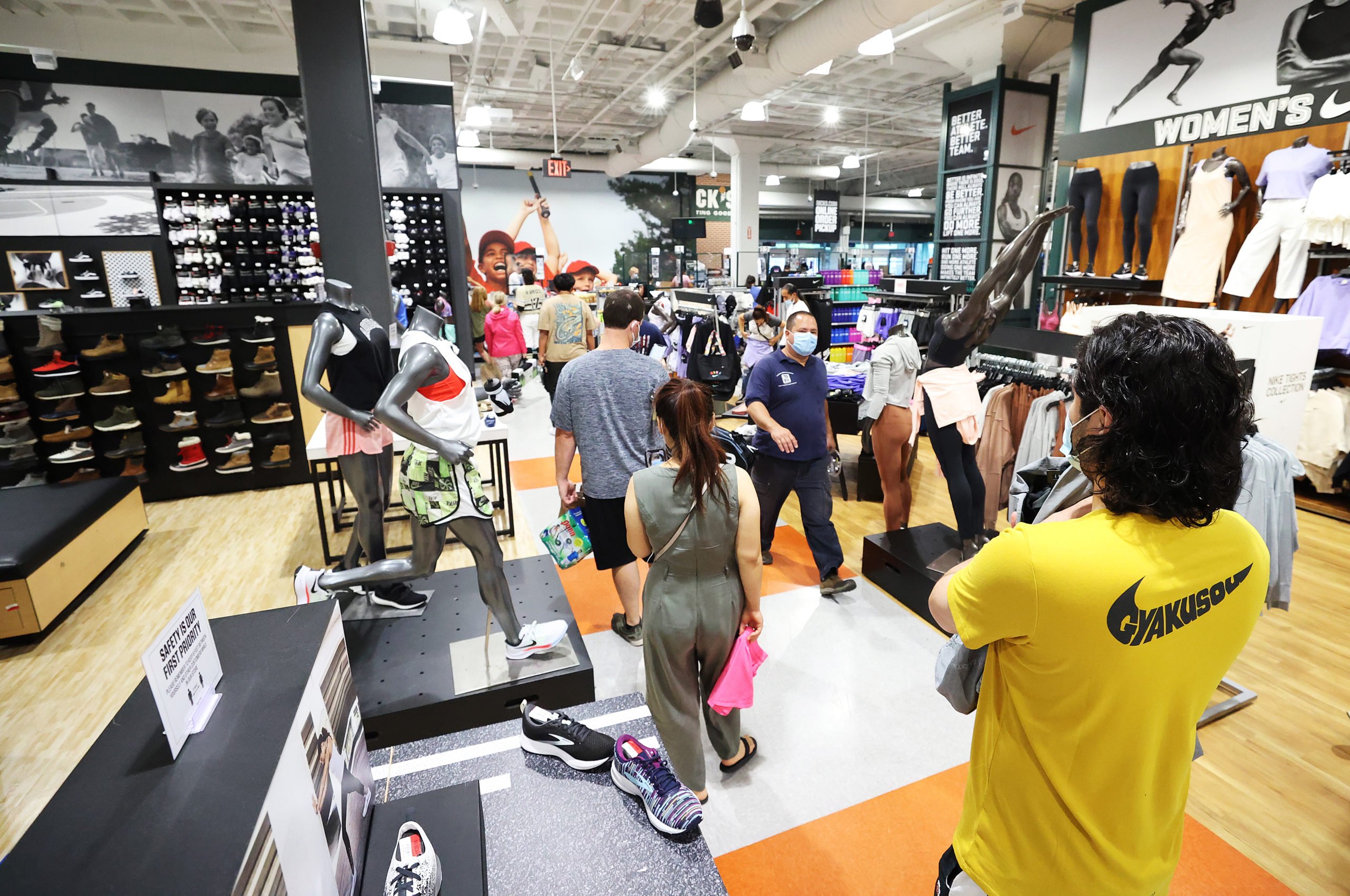 Customers wait in line to pay for items at Dick’s Sporting Goods store at Roosevelt Field Mall which reopened today on July 10, 2020 in Garden City, New York. Malls across the state were ordered to close March 19, and other businesses deemed nonessential were ordered to close the same week, to help stop the spread of the coronavirus. The openings follow Gov. Andrew M. Cuomo’s announcement Wednesday that malls outside of New York City can open if they have high-efficiency air filtration systems to help control the spread of the virus. (Photo by Al Bello/Getty Images)

The organization included other allegations in its letter, such as illegal employment practices by using quotas in its workforce and hiring workers on the basis of race and gender, the press release claimed.

“It’s just so pernicious, and so divisive, and so dangerous, and so utterly disconnected from the business, in this case, selling sporting goods. It needs to be called out and it needs to be stopped,” Rubinstein told the DCNF.

Dick’s Sporting Goods and EEOC did not immediately respond to the DCNF’s request to comment.