The National Education Association (NEA), the country’s largest teacher’s union, committed to spending more than $140,000 to research and target opposition groups at a convention July 3-6, according to Education Week.

The NEA will research and create fact sheets on at least 25 organizations “that are actively working to diminish a student’s right to honesty in education, freedom of sexual and gender identity, and teacher autonomy,” according to a convention business item seen by the Daily Caller News Foundation.  The resolution was approved for $140,625 at the NEA’s convention last week, and the fact sheets will be distributed to NEA state affiliates, according to Education Week. (RELATED: Teachers Unions Ramped Up The Donations To Dems As They Pushed Their School Closing Policies)

The lists will include “information about the organization’s funding sources, their leaders within the organizations and connections to known entities that are seeking to dismantle public education,” according to the business item. The fact sheets will help affiliates “be armed with information.”

“We have to know our enemies,” one delegate said at the convention, according to Education Week.

Corey DeAngelis, senior fellow at the American Federation for Children, told the Daily Caller News Foundation the NEA is focusing on politics and less on bettering public education.

“The power-hungry teacher’s unions care more about protecting their monopoly and achieving their political goals than educating children,” DeAngelis told the DCNF.

In October 2021 the National School Board Association released a letter comparing parents to “domestic terrorists” and calling for the involvement of the Department of Justice. The opposition list to be created by the NEA puts a target on parental rights education groups, DeAngelis told the DCNF. 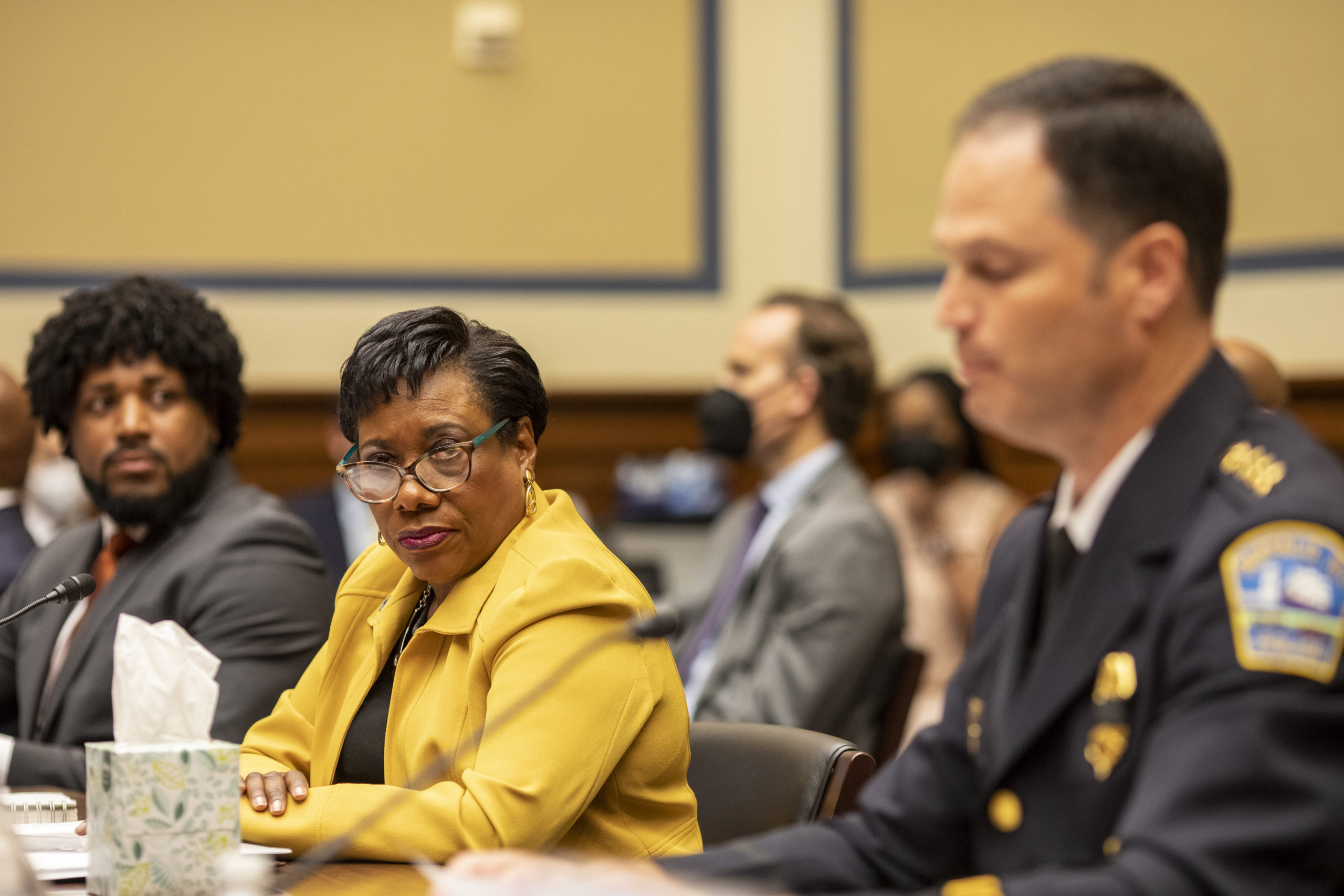 Rebecca S. Pringle, President of the National Education Association testifies about gun violence during the House Oversight and Reform Committee hearing with victims’ family members and survivors of the Buffalo, New York and Uvalde, Texas massacres on June 8, 2022 on Capitol Hill in Washington, DC. (Photo by Jason Andrew-Pool/Getty Images)

“The NEA should be focusing on supporting teachers who are having a rough time in the classroom in the aftermath of the pandemic,” Suzanne Bates, senior writer and researcher at Americans for Fair Treatment, told the DCNF. “Instead, they are spending their members’ dues on sowing more division in our country. The NEA already spends $2 on politics for every $1 they spend representing members. At some point they either need to admit they are a political organization, not a membership organization, or they need to get back to the important work of supporting teachers.”

The NEA did not immediately respond to the DCNF’s request for comment.

“The teachers unions have been attacking parental rights in education for decades by fighting to trap kids in failing government schools, but now they’re saying the quiet part out loud. Parental rights threaten the union’s monopoly, so the union will do whatever it can to undermine families who want more of a say in their children’s education,” DeAngelis told the DCNF.