The 73-year-old, his wife and two bodyguards boarded a military plane early Wednesday morning, after multiple failed attempts to leave the country Tuesday, BBC reported. The president allegedly went abroad to avoid prosecution after stepping down. 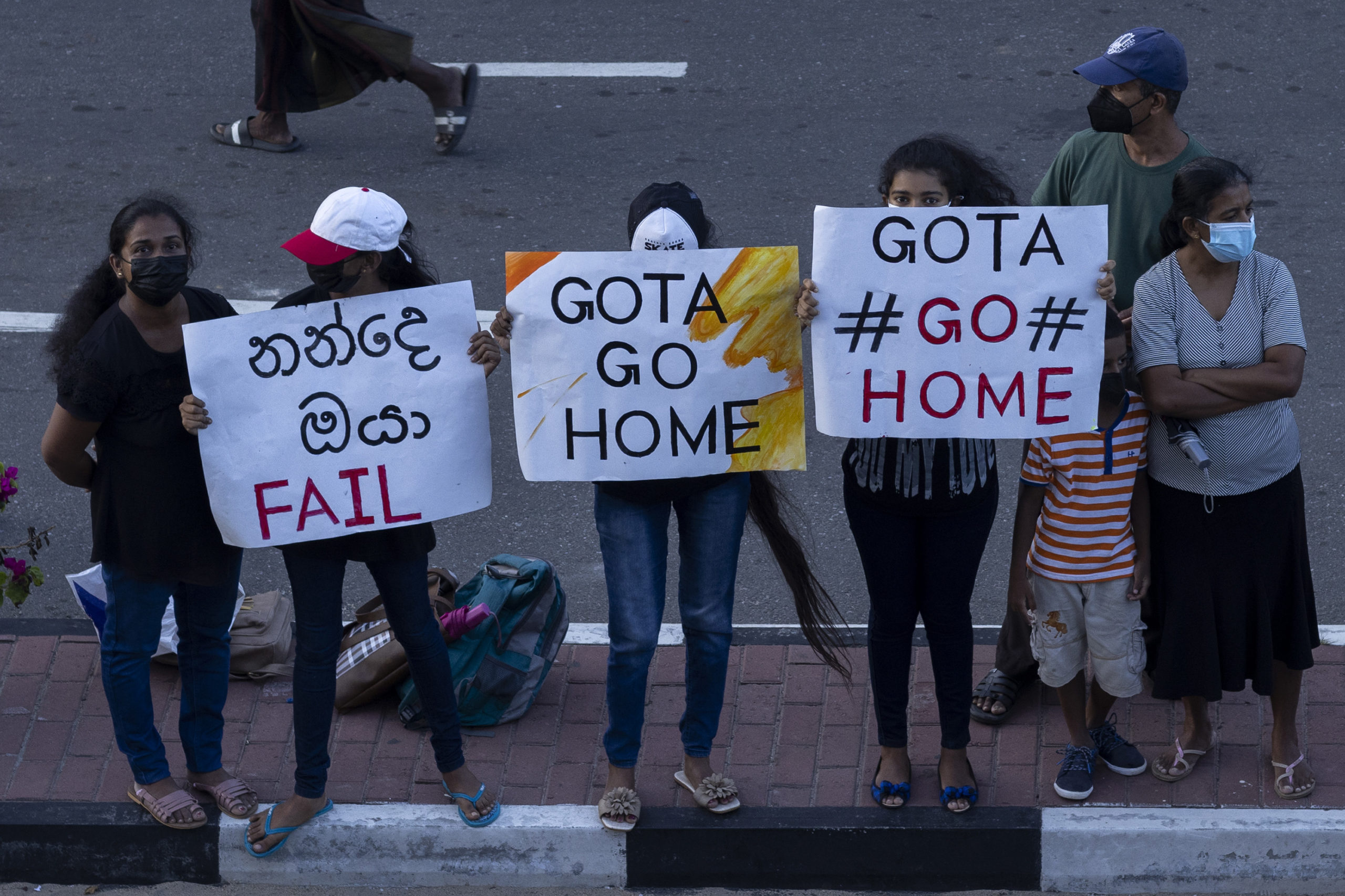 Immigration officers allegedly refused to grant the president VIP access to stamp his passport and he was too afraid of public outrage to use the regular facilities. After staying the night at a military base next to the airport and missing four flights to the United Arab Emirates, the president and his group left this morning, France24 reported.

After weeks of violent protests in response to the economic crisis, protesters stormed the president’s home Saturday, forcing him and Prime Minister Ranil Wickremesinghe to declare they would resign July 13. (RELATED: From Protests To Assassinations, International Chaos Reaches Fever Pitch)

Wickremesinghe took on the office as acting president after the president’s departure. He has declared a state of emergency and regional curfew to combat continuing protests, according to BBC. 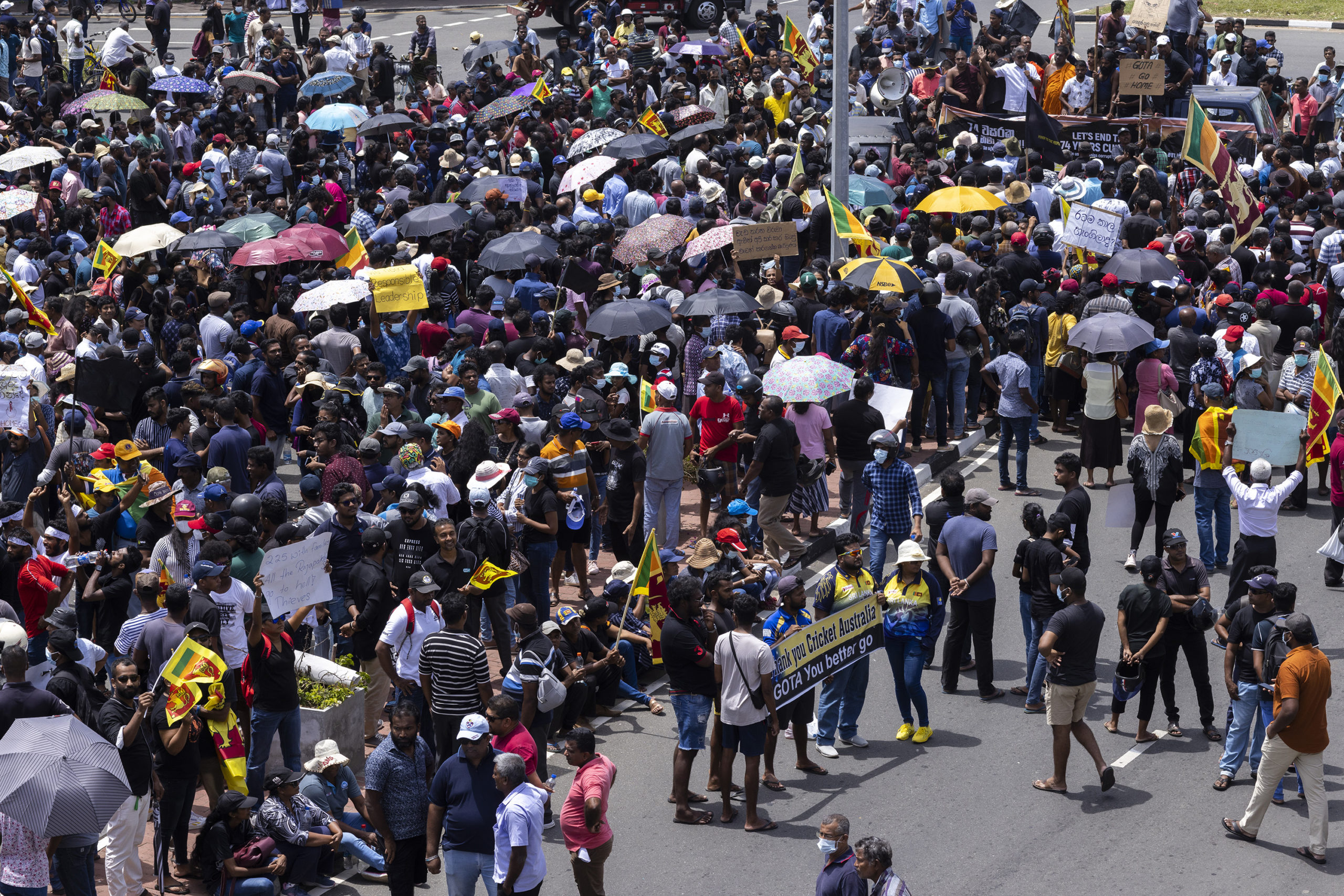 The president’s resignation ends the family’s dynasty of the last two decades. Rajapaksa’s brother Mahinda defeated separatists in 2009, earning the family the public’s support. The country has been under the family’s reign ever since, BBC reported.

Rajapaksa’s other brother, former Finance Minister Basil Rajapaksa, has attempted to flee the country as well. He hopes to travel to the U.S. as he holds dual citizenship, France24 revealed. 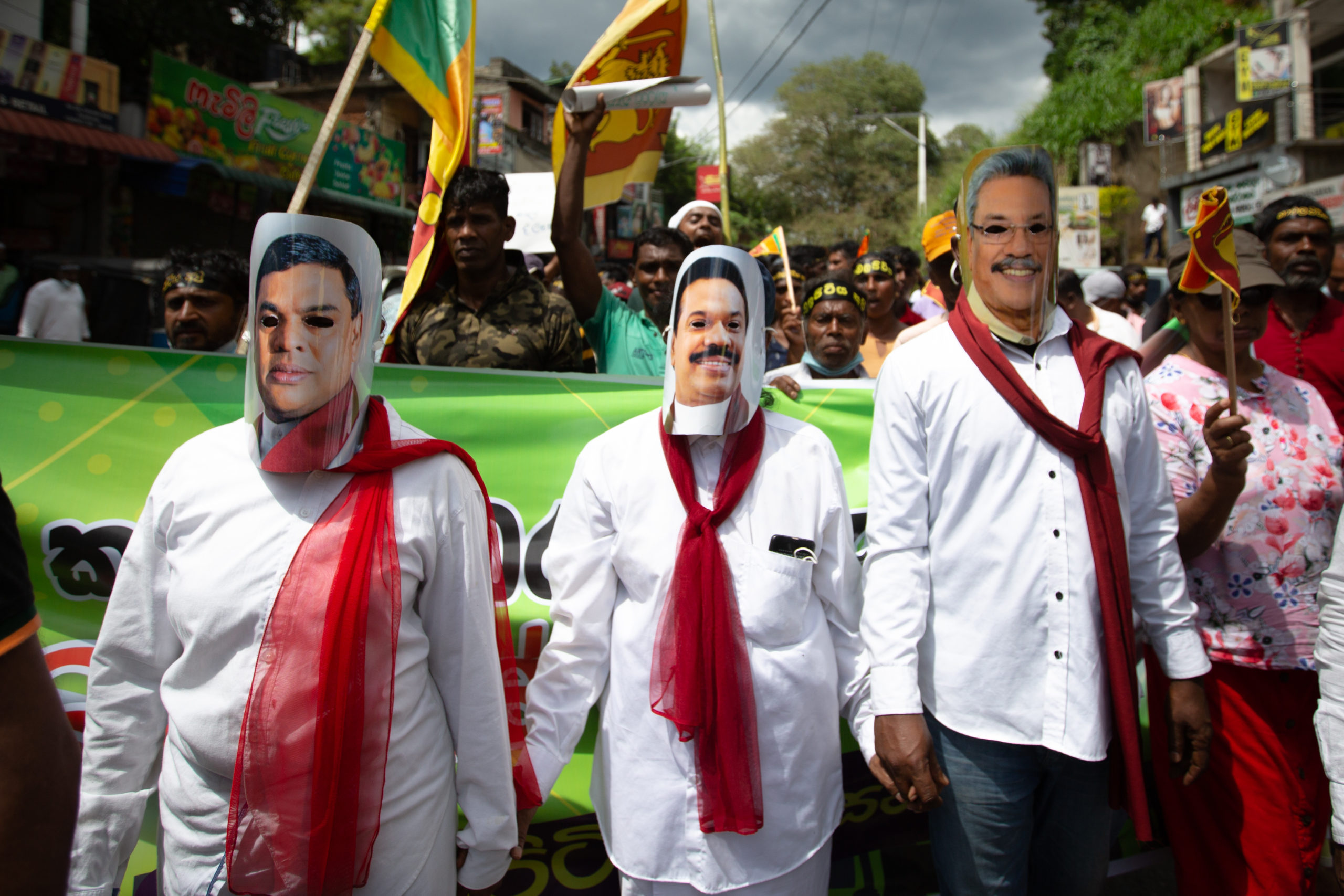 KANDY, SRI LANKA – APRIL 26: Demonstrators wear masks of Basil Rajapaksa, the Finance Minster of Sri Lanka, Mahinda Rajapaksa, the Prime Minister of Sri Lanka and Gotabaya Rajapaksa, the President of Sri Lanka as they demonstrate the country’s ongoing economic and political crisis on April 26, 2022 in Penideniya, Sri Lanka. Demonstrations have continued across the tiny South Asian island nation for weeks, voicing anger against what they say is the government’s mishandling of the economy that has caused millions of its people facing shortages of essentials, prolonged power cuts, soaring prices, a crippled health care system and an economic collapse of unprecedented levels that has led to record inflation adding to their hardships. (Photo by Abhishek Chinnappa/Getty Images)

Gotabaya Rajapaksa’s final destination is Dubai, according to France 24. While he lived in the U.S. and held citizenship too, he gave up his American passport to run for the presidency, The Guardian reported. This leaves him currently ineligible for a visitor visa. The president’s plane also was declined the opportunity to land at an Indian airport, The Guardian reported.

As soon as Wickremesinghe resigns, the speaker of the parliament, Mahinda Yapa, will take over the position as acting president until new presidential elections July 20, according to NBC.

Sri Lanka has been plagued by an economic crisis that left residents with power cuts, food, fuel and medicine shortages.