The Department of Education’s Office of Civil Rights (OCR) plans to investigate a New York City middle school for allegedly segregating students by race to “undo the legacy of racism,” according to a letter sent from the OCR to a parents group Wednesday.

Parents Defending Education (PDE) filed a lawsuit in December 2021 claiming that Lower Manhattan Community Middle School in New York City was practicing racial segregation in its classrooms. The middle school allegedly planned to separate students into affinity groups based on race in order to “realize the true meaning of our belonging to a diverse community,” according to an email from the school. (RELATED: ‘Insanity’: Student Petition Calls Out Principal Who Allegedly Wanted To Oust White Teachers)

The OCR confirmed they will investigate the middle school in a letter to PDE obtained by the Daily Caller News Foundation.

The school’s principal, Shanna Douglas, announced via email that 7th and 8th grade students would be exploring how their racial identity influences their experiences when separated into “affinity groups” based on race. Creating these “safe and brave spaces” will “encourage conversations about race and social justice issues,” the school’s mission statement reads.

“It’s worth noting that in 2015 – during the Obama Administration – the Office of Civil Rights found that a similarly racially-segregated event in a Chicago-area school was a civil rights violation,” PDE President Nicole Neily said in an email to the DCNF. “Segregating children on the basis of immutable characteristics such as skin color is both immoral and unconstitutional. Programming at public schools must be open to all children, regardless of race – period.” 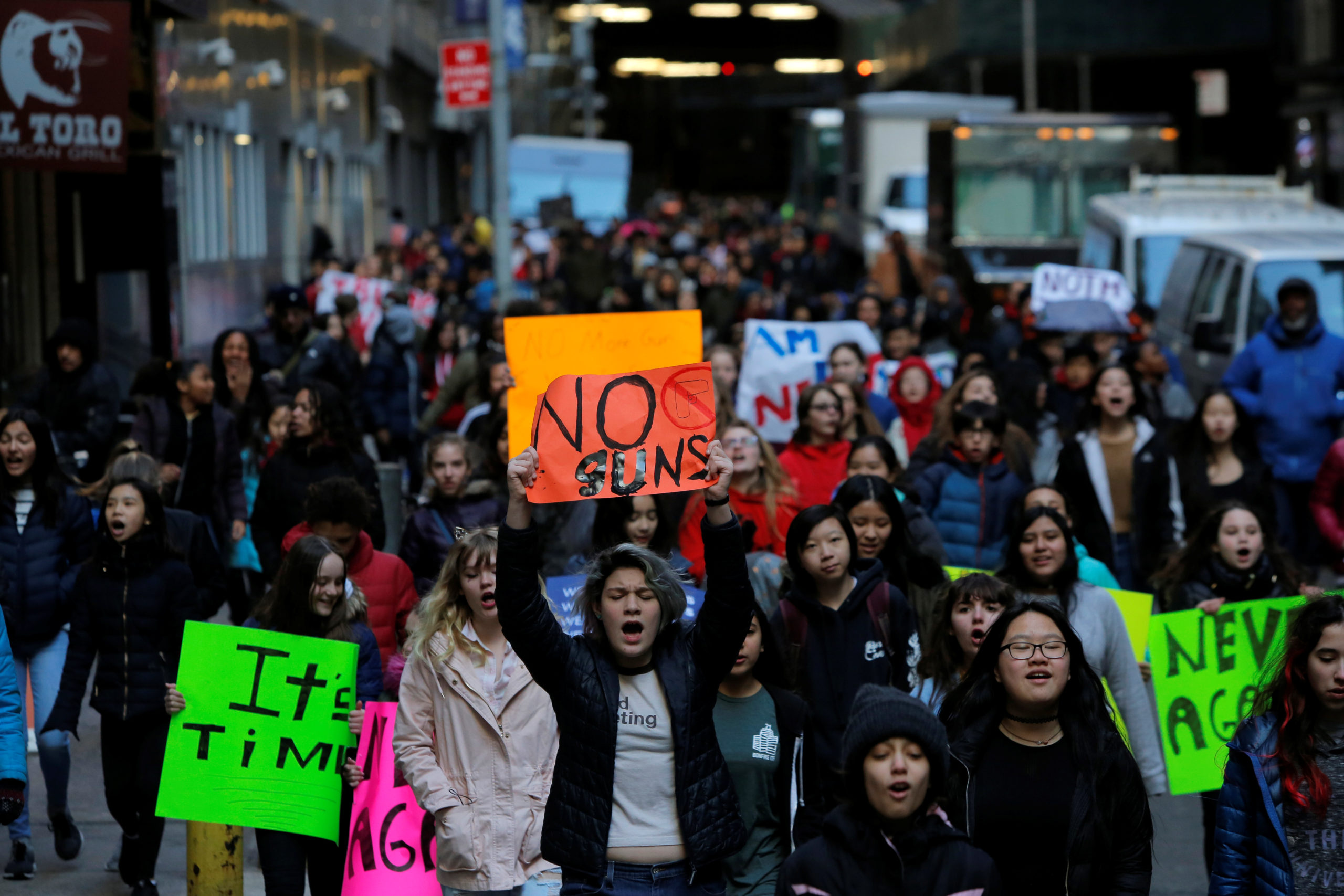 Students from the Lower Manhattan Community Middle School march along New Street during walkout of their classes while participating in the National School Walkout in Manhattan, New York City, U.S., March 14, 2018. REUTERS/Andrew Kelly

The planned groups followed the school’s “race mission statement” and would “undo the legacy of racism and oppression in this country that impacts our school community,” the email to the school stated.

“Please understand that opening the allegation for investigation under Title VI does not mean that OCR has made a decision about your complaint,” the letter by OCR to Parents Defending Education said. “During the investigation, OCR is neutral; OCR will collect and analyze the evidence it needs to make a decision about your complaint. OCR will ensure that its investigation is legally sufficient and addresses each allegation as required by OCR’s Case Processing Manual.”

Lower Manhattan Community Middle School and the OCR did not immediately respond to the Daily Caller News Foundation’s request for comment.