A federal judge on Friday blocked the Biden administration’s attempt to rewrite a key civil rights law by expanding discrimination protections to include gender identity and sexual orientation.

The DOE’s proposed revisions to Title IX  “directly interferes with and threatens Plaintiff States’ ability to continue enforcing their state laws,” Atchley said in his opinion. Atchley’s decision will protect the 20 states on the lawsuit brought forward last August from enforcing the Title IX revisions until the DOE finalizes them.

The ruling was a “major victory for women’s sports and for the privacy and safety of girls and women in their school bathrooms and locker rooms,” Oklahoma Attorney General John O’Connor said in a statement. 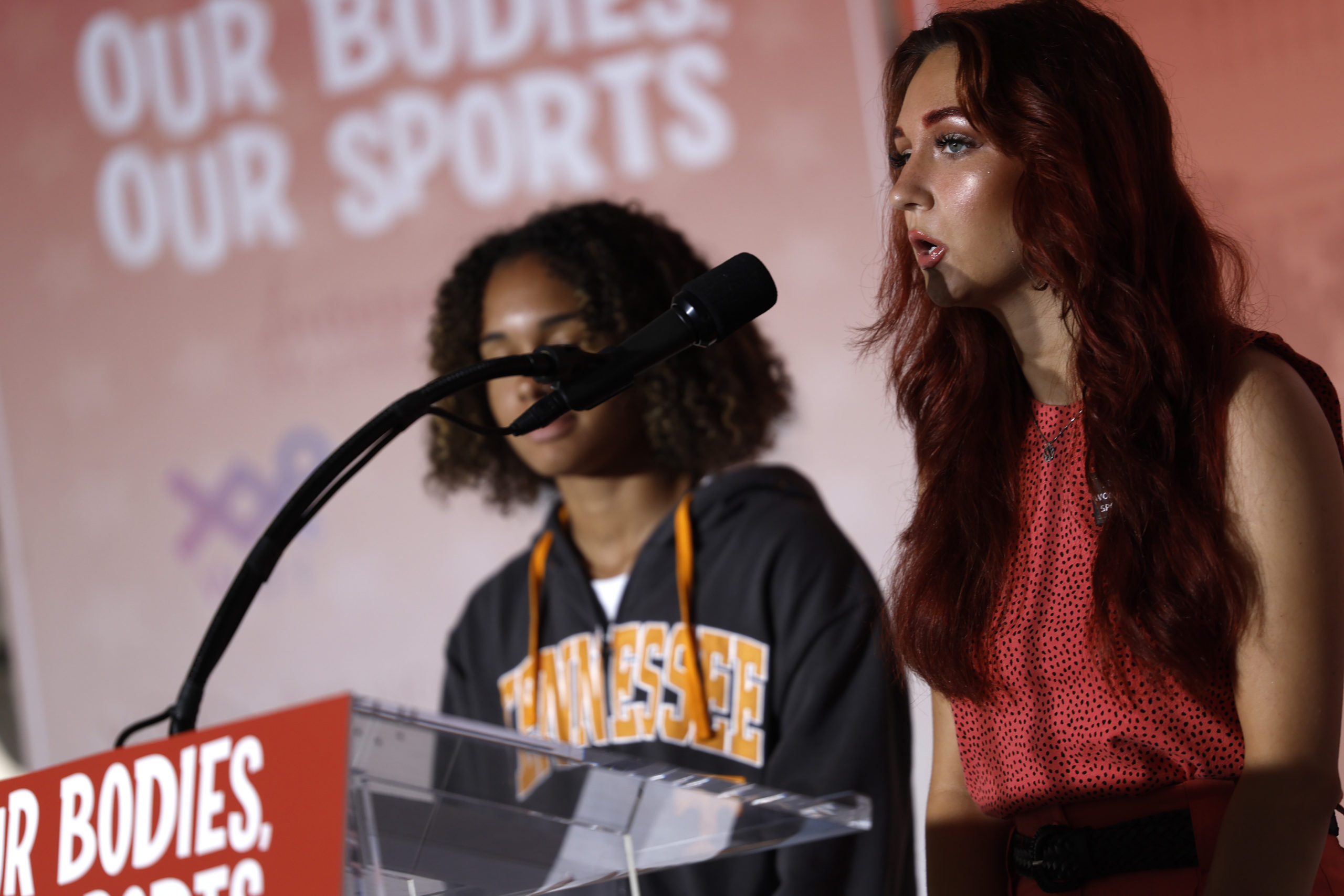 Selina Soule and Alanna Smith, two former Connecticut high school track athletes, speak during an “Our Bodies, Our Sports” rally for the 50th anniversary of Title IX at Freedom Plaza on June 23, 2022 in Washington, DC. The rally, organized by multiple athletic women’s groups, was held to call on U.S. President Joe Biden to put restrictions on transgender females and “advocate to keep women’s sports female”. (Photo by Anna Moneymaker/Getty Images)

The attorneys general say their states are in danger of losing federal funding for education because their policies and laws keep them from complying with Title IX, which applies to federally-funded institutions, the lawsuit states. They argue the proposed revisions force schools to call transgender students by their pronouns, violating the First Amendment, and infringe on powers given to the states, violating the Tenth Amendment.

“We are disappointed in this decision, but we remain committed to protecting students and school communities from discrimination and will continue to do so to deliver on the promise of Title IX,” the DOE said in a statement to the DCNF. “The Department of Justice will continue to litigate this matter on our behalf.”