A Republican Missouri sheriff told residents of his county that he would not hand over concealed carry permit information to the FBI even if he is threatened with arrest.

The FBI plans on auditing multiple sheriff’s offices in the state. Some officials have labeled it an effort to “illegally obtain” information on residents with concealed carry permits, Fox News reported Tuesday.

Scotland County Sheriff Bryan Whitney told his constituents in a letter Monday that he “will not” cooperate with attempts to obtain such data, according to the outlet.

“As the sheriff of Scotland County, I want all my citizens to know that I will not allow, cooperate or release any CCW information to the FBI, ‘even at the threat of a federal arrest,'” he reportedly wrote in a letter obtained by Fox News.

“Point blank, ‘I will go down with the ship if need be,'” the letter said.

Whitney consulted with legal counsel, on his own dime, prior to releasing his letter to the public on Monday, he told KTVO. He also reportedly said he will hide all concealed carry weapons records at an off-site and secure location in case the FBI issues a federal search warrant. (RELATED: ‘Missouri Will Defend Its Citizens’: State Shoots Back At DOJ Over Gun Laws)

The FBI said the information it seeks to obtain “falls under the oversight of the CJIS [Criminal Justice Information Services] Advisory Policy Board,” according to KTVO.

“As part of the planned Missouri audit, a small sampling of system transactions is to be inspected for compliance and to ensure there is no misuse of CJIS systems,” the FBI said. “At no point would auditors require access to lists such as state approved concealed carry holders, nor would the CJIS Division retain information beyond what is necessary to address a specific compliance concern. Missouri has been through this routine audit multiple times, most recently in 2018.” 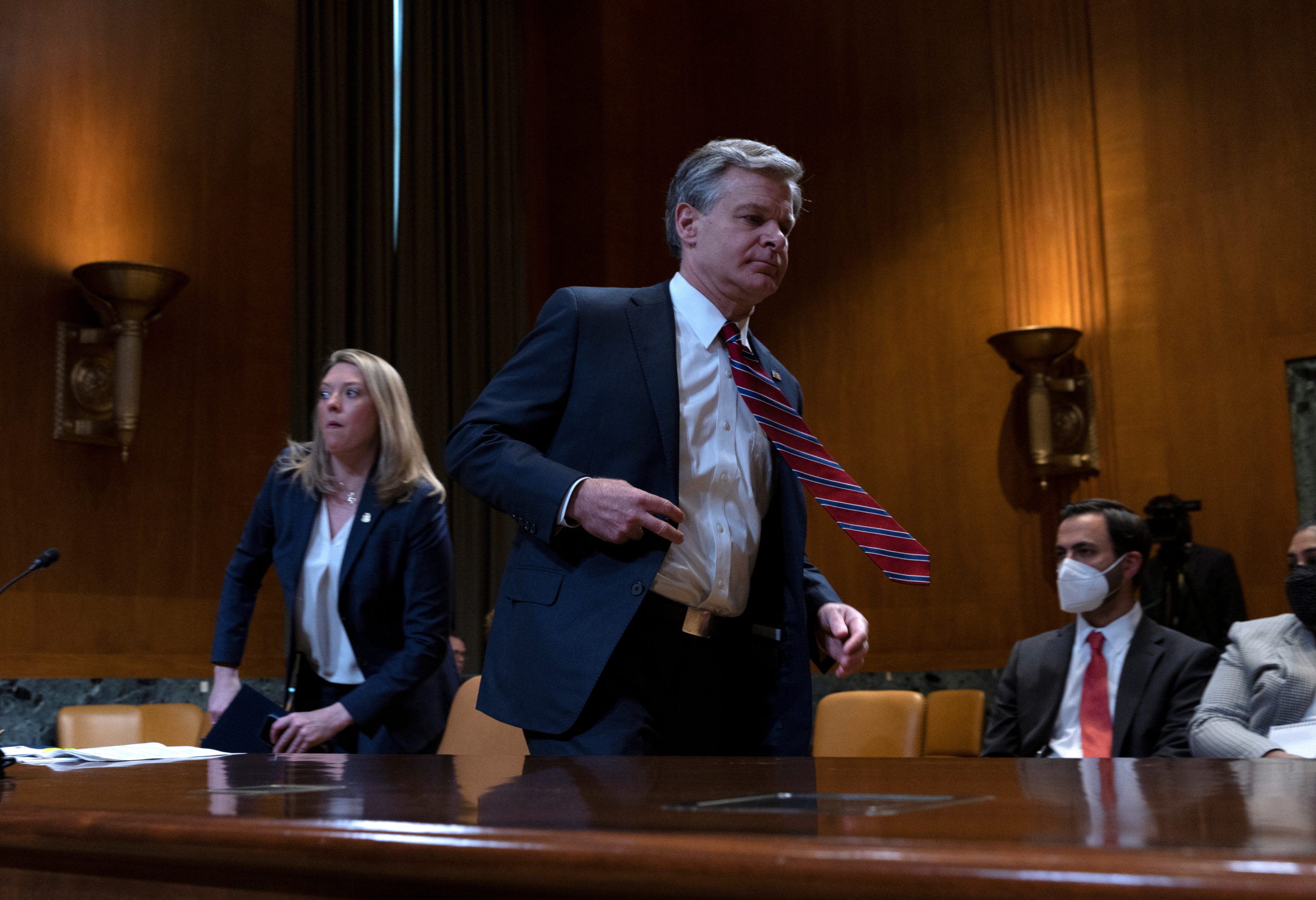 Federal Bureau of Investigation Director Christopher Wray prepares to testify in a hearing on the FY 2023 budget for the FBI held by the Commerce, Justice, Science, and Related Agencies Subcommittee on Capitol Hill in Washington, U.S., May 25, 2022. REUTERS/Leah Millis