A California school board considering opening a Planned Parenthood clinic in a high school postponed the vote after parents protested, according to a Monday statement by the school district.

The Planned Parenthood clinic would provide access to and insertion of contraceptives, prescriptions for reproductive health and physical examinations, according to the Planned Parenthood proposal. The school board for Norwalk-La Mirada Unified School District in Los Angeles, California, was set to vote on the implementation of the clinic in John Glenn High School at a Monday meeting, but postponed the vote amid protests, according to a July 18 statement from the school district. (RELATED: White House Dismisses Sen. Warren’s Idea Of Putting Abortion Clinics In National Parks)

A group of protesters against the proposal gathered outside John Glenn High School on Monday as the school board made the decision to postpone their vote, Fox News reported.

The Planned Parenthood clinic would be in the school for five years before needing to be approved by the school board again, according to the proposal. It is unclear whether abortions will be provided at the school, but the clinic will refer students to “other health care services” if needed. 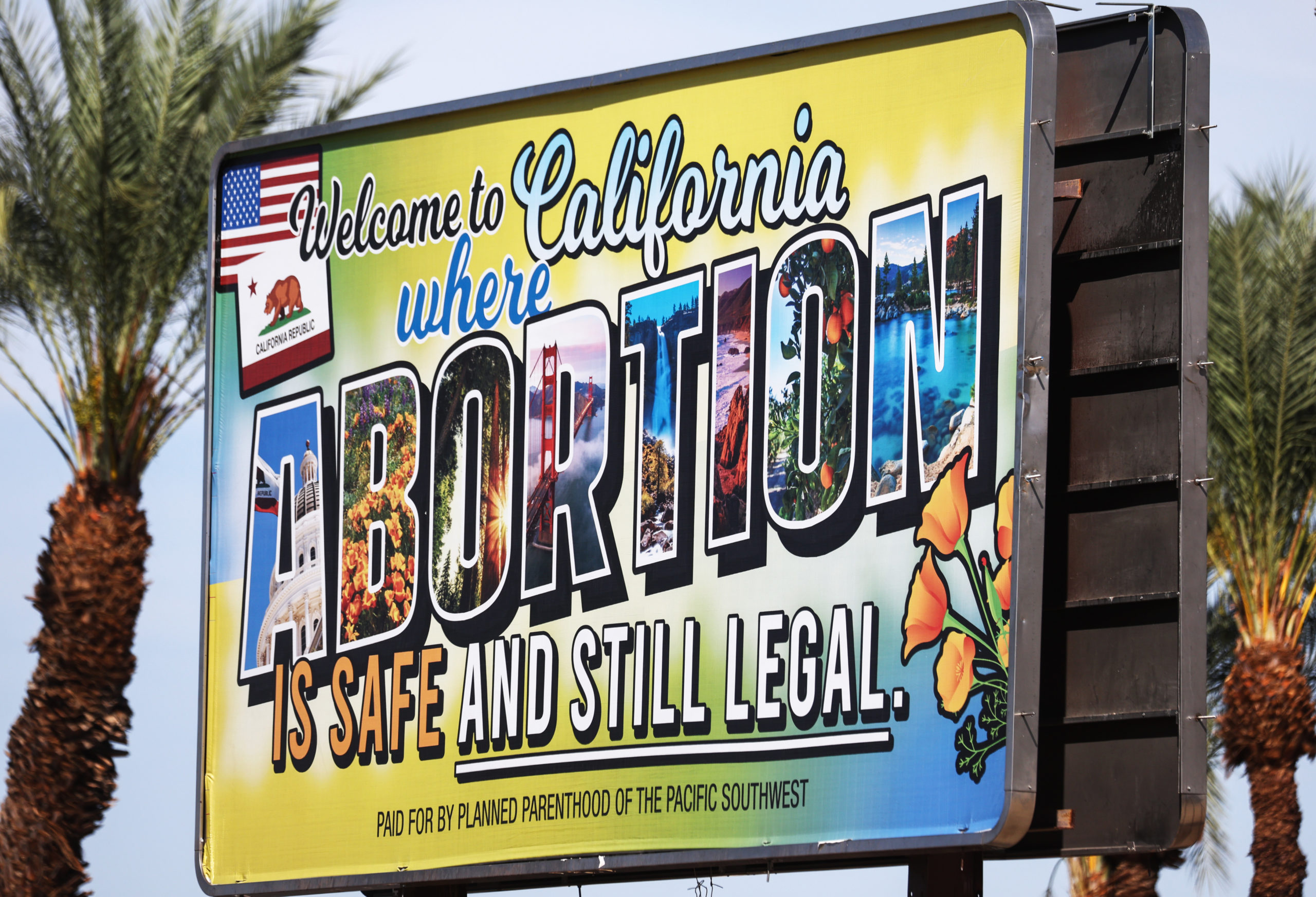 A billboard reads, ‘Welcome to California where abortion is safe and still legal’ on July 12, 2022 in Rancho Mirage, California. (Photo by Mario Tama/Getty Images)

Students who come to the clinic will be encouraged to “involve their families in decision making regarding the services,” according to the proposal. Under California law, “minors have the right to consent to reproductive health services without parental consent or notification.”

The clinic in Norwalk-La Mirada Unified School District is a part of Planned Parenthood’s 2019 initiative to spend $10 million establishing 50 clinics in local high schools, according to The Washington Post.

The clinics in the initiative will have services including “a range of sexual health services one day a week, including testing and treatment for sexually transmitted infections (STIs), emergency contraception and birth control counseling and provision, well-person exams, pregnancy testing, and pregnancy options counseling,” according to a 2019 Planned Parenthood press release.

The school board, Norwalk-La Mirada Unified School District, and Planned Parenthood Los Angeles did not immediately respond to the Daily Caller News Foundation’s request for comment.