Faced with internal opposition, Democratic Party leadership in the House of Representatives may attempt to pass an “assault weapons” ban with support from outgoing Republicans.

Rhode Island Rep. David Cicilline introduced the Assault Weapons Ban of 2021 Act in March of that year, although the bill has not yet passed out of the House Judiciary Committee. In practice, the legislation would ban most semi-automatic weapons, including AR-15s. More than 200 Democrats in the lower chamber are co-sponsors of the legislation, but Speaker of the House Nancy Pelosi has a margin of only four votes to pass the legislation.

Two moderate Democrats, Jared Golden of Maine and Henry Cuellar of Texas, have already come out against the legislation, while others facing competitive GOP challengers remain undecided. Golden and outgoing Oregon Rep. Kurt Schrader were the only Democrats to vote against the Protecting Our Kids Act, which would prohibit individuals under the age of 21 from possessing semi-automatic rifles.

Other swing-district Democrats are undecided, but unlikely to support the bill. Those include Texas Rep. Vicente Gonzalez, Oregon Rep. Kurt Schrader and Arizona Rep. Tom O’Halleran, according to Punchbowl News.

“This is a bill that destroyed the Democrats in 1994. I guess, do we really have a death wish list as Democrats?” Schrader, who lost his primary in May, told Politico. (RELATED: Biden Stretches Truth On The ’94 Assault Weapons Ban) 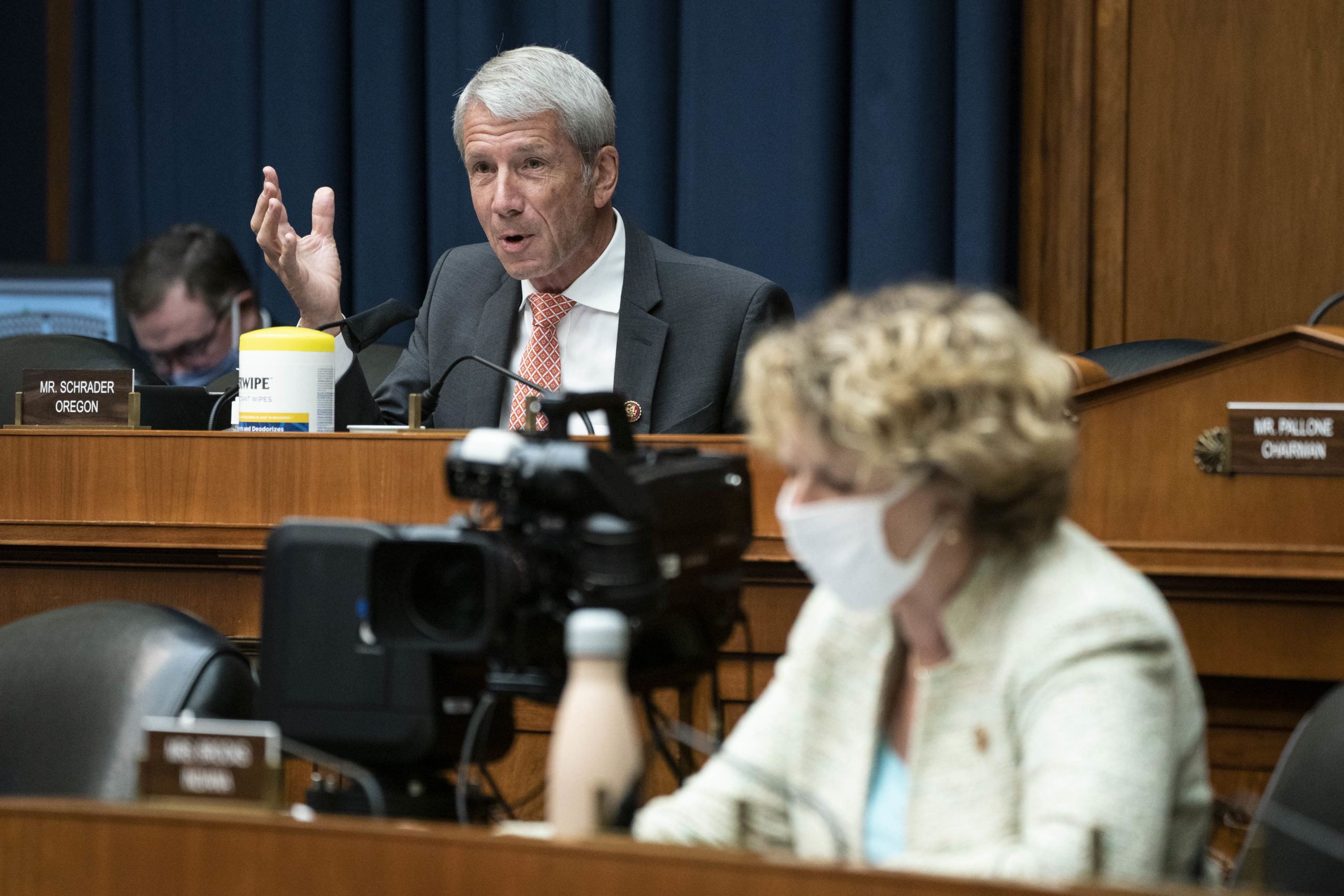 WASHINGTON, DC – JUNE 23: Representative Kurt Schrader, a Democrat from Oregon, questions witnesses during a hearing of the House Committee on Energy and Commerce on Capitol Hill on June 23, 2020 in Washington, DC. (Photo by Sarah Silbiger-Pool/Getty Images)

Several outgoing Republicans have suggested that they would support the ban, leaving a potential way forward for the legislation.

“If an assault weapons ban bill came to the floor that would ban something like an AR-15, I would vote for it,” New York Rep. Chris Jacobs said, just days before announcing his retirement after one term in Congress. Jacobs added that he believed the issue is moot, since there is no “political will on the Democratic side” for such legislation.

Illinois Rep. Adam Kinzinger, who announced his retirement in October 2021, has also claimed to be “open” to a ban.

“It’s gonna depend on what it looks like because there’s a lot of nuances on what constitutes certain things, but I’m getting to the point where I have to wonder, maybe somebody to own one, maybe you need an extra license, maybe you need extra training. And so the question is, is it a ban versus is it an additional certification?” he told CNN in the aftermath of the Uvalde, Texas and Buffalo, New York mass shootings.

Six of the fourteen House Republicans who supported the Bipartisan Safer Communities Act will not return to Congress in 2023, suggesting more potential votes for an assault weapons ban. Five, including Jacobs and Kinzinger, are retiring, while South Carolina Rep. Tom Rice lost a primary.