Smiley’s campaign is focused on reducing inflation and the cost that living Americans are facing by reducing spending, balancing the budget, and making sure the government is running as it is supposed to. She is also focused on the spike in crime in Washington state and across the country, and wants to make sure cities are funding their police departments.

Smiley is also passionate about the fentanyl crisis, which has ravaged Washington. She believes the U.S. needs to shut down its southern border in order to stop the deadly drug from pouring over into the U.S.

“I am proud to endorse Tiffany Smiley for the U.S. Senate. When I ran in 2014 as a political outsider in the bluest state in America people doubted my ability to win – just as they are doubting Tiffany now. However, I know that Tiffany’s message of ending the partisan gridlock in D.C. is exactly what Republicans, Democrats, and Independents are looking for. Tiffany has a record of bringing people together – regardless of background and party affiliation- to get things done on behalf of our veterans and their families,” Hogan said in a statement first obtained by the Daily Caller.

“We need more people like Tiffany in the U.S. Senate – people willing to cut through the bureaucracy to fight for common sense solutions that unify, instead of divide, Americans,” Hogan added. 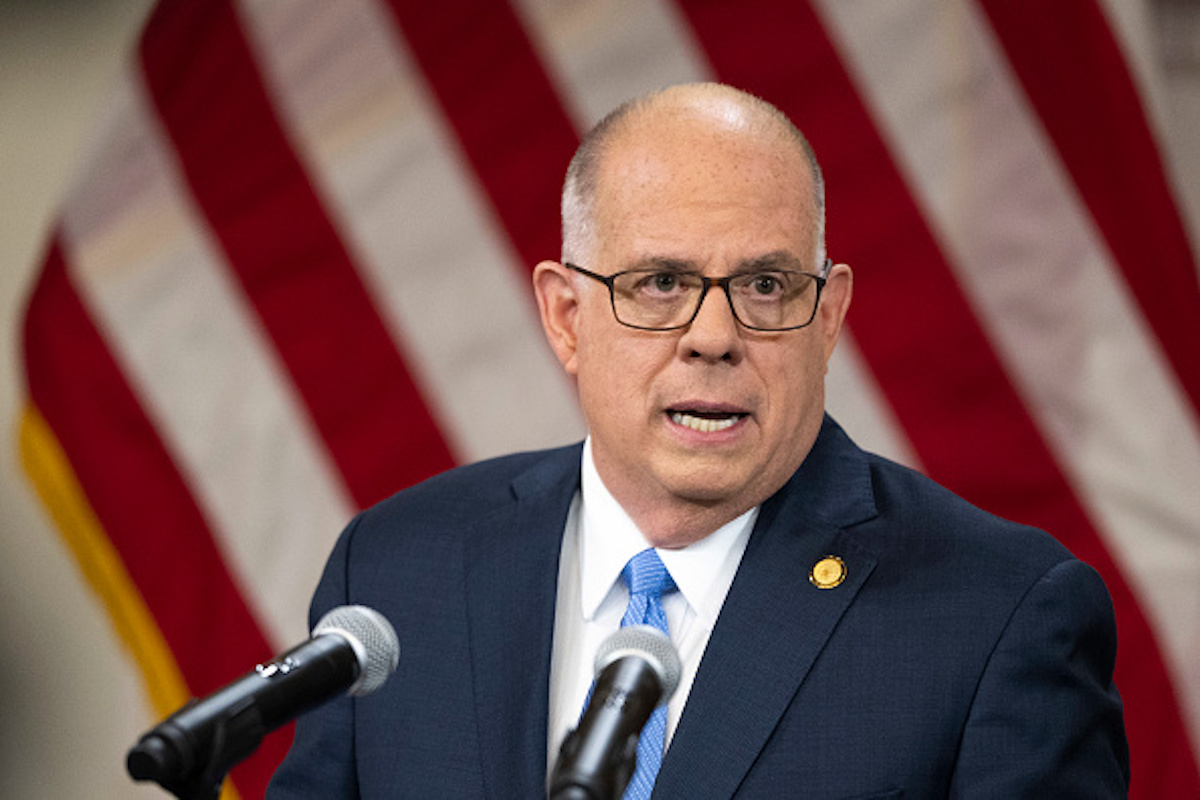 Smiley thanked Hogan for his endorsement and applauded him for his bipartisanship work, saying more Republicans and Democrats need to work together in order to fix the problems in the U.S.

“I am very grateful for the support of Governor Hogan. As the first Republican in Maryland to serve two terms as governor in the history of the entire state, he has reminded the country of what bipartisanship can look like. He is a model of service over self-working with Democrats and Republicans alike, to help Marylanders achieve their American dream with a hand up, not a hand out,” Smiley said in a statement.

“Unlike Patty Murray, Governor Hogan has shown that when you are willing to work across the aisle for your constituents, instead of being hyper-focused on partisan pettiness, you can win,” she continued.

“I look forward to following his lead and working with all of my Senate colleagues for policies that advance the interests common to all Washingtonians – life, liberty and the pursuit of happiness,” Smiley added.

A poll released Thursday showed Murray has an 18-point lead over Smiley, leading her 51% to 33%.