Six out of 13 siblings who were rescued from their biological parents’ home in 2018 are now suing Riverside County and a foster care agency that allegedly placed them, knowingly, into an abusive foster family.

Authorities rescued all of the Turpin siblings from their parents’ home in Perris, California, in 2018, after they suffered severe abuse, which included being chained to their beds. The six siblings, still minors at the time, were put into foster care following their time in Perris.

The siblings claim that the agency responsible for protecting them, ChildNet, consciously placed them into a new family “unfit to be foster parents, particularly for children as vulnerable as plaintiffs” due to the couple’s history of abusing and neglecting children, their complaints reportedly read. (RELATED: Turpin Parents To Receive At Least 25 Years In Prison For Torturing And Starving Their 13 Children) 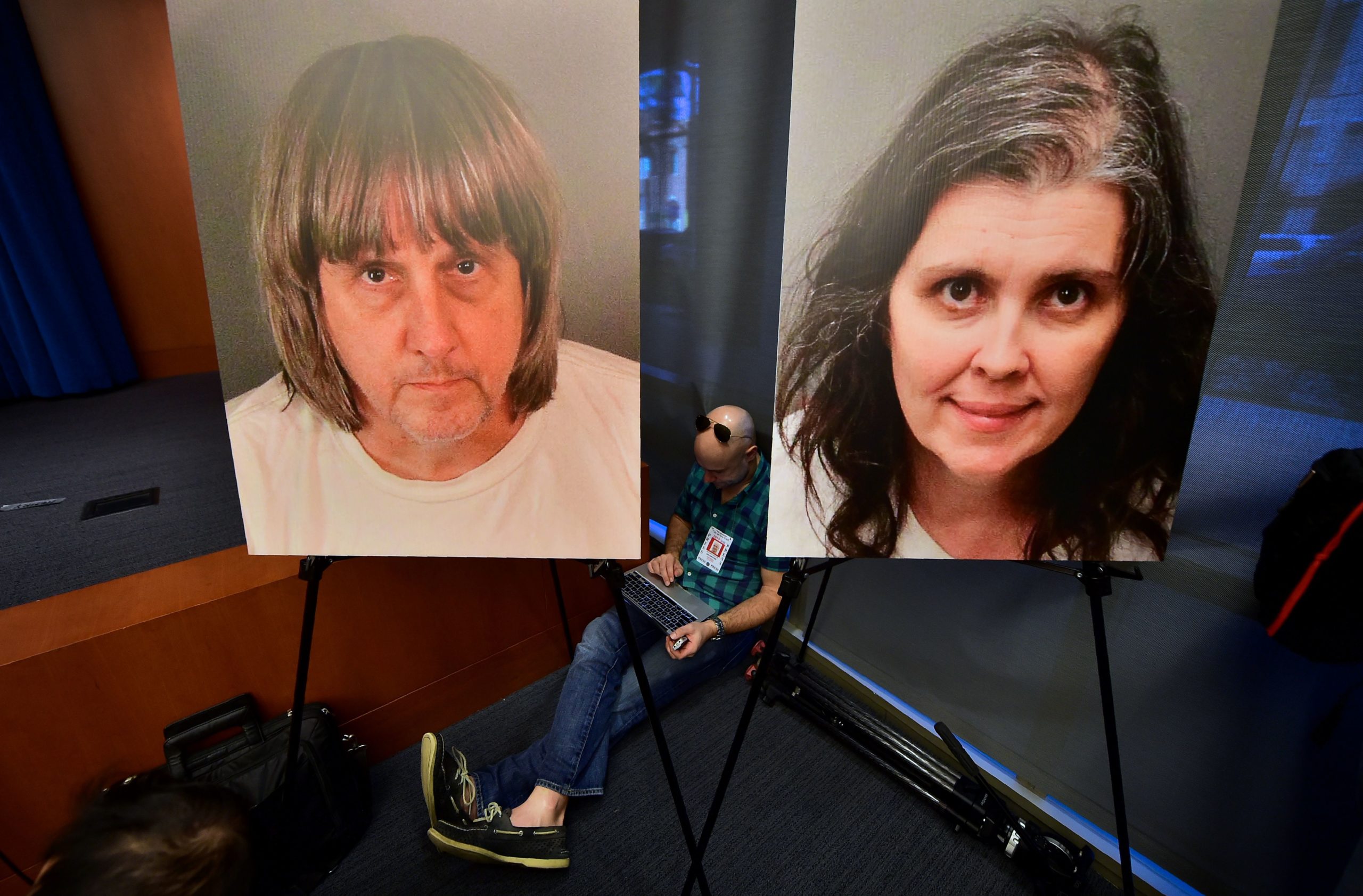 A journalist sits between portraits of David and Louise Turpin awaiting a press briefing in Riverside, California on January 18, 2018. David Allen Turpin, 57, and his wife Louise Anna Turpin, 49 were hit with 12 counts of torture, 12 of false imprisonment, six of child abuse and six of abuse of a dependent adult at a court hearing in the city of Riverside. David Turpin was also charged with committing a lewd act against a child by force or fear or duress, District Attorney Mike Hestrin told a press conference. (FREDERIC J. BROWN/AFP via Getty Images)

The siblings suffered “severe abuse and neglect” for three years that the agency was made aware of, the lawsuit claims. The abuse included alleged sexual, physical and emotional abuse. The foster parents would allegedly grab, fondle and kiss the children on the mouth. The couple also hit them in the face with sandals, pulled their hair, hit them with a belt and stroked their heads, the complaints state.

The emotional abuse included making the children sit in a circle and talk about the prior abuse from their biological parents, or cursing at them, including encouragements to commit suicide, according to the complaints. They also forced the children to “eat excessive amounts of food” or their own vomit, causing eating disorders, the complaints state. (RELATED: Doctor: 11-Year-Old Turpin Daughter Suffered From ‘Psychosocial Dwarfism’ Due To Malnourishment) 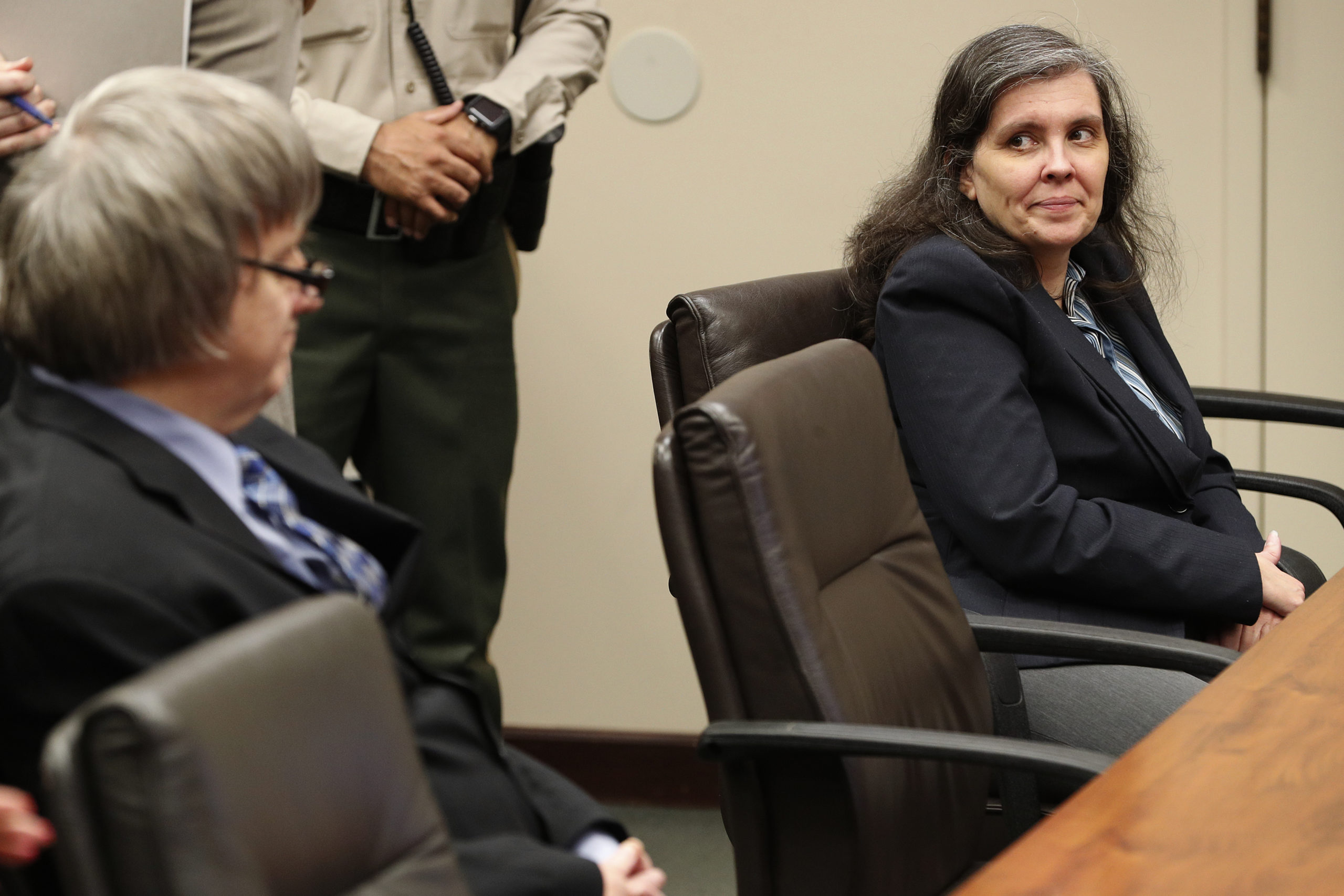 RIVERSIDE, CA – FEBRUARY 23: David Allen Turpin (L) and Louise Anna Turpin (R), accused of abusing and holding 13 of their children captive, appear in court on February 23, 2018 in Riverside, California. According to Riverside County Sheriffs, David Allen Turpin and Louise Anna Turpin held 13 malnourished children ranging in age from 2 to 29 captive in their Perris, California home. Deputies were alerted after a 17-year-old daughter escaped by jumping through a window shortly before dawn, carrying a de-activated mobile phone from which she was able to call 911 for help. Responding deputies described conditions in the home as foul-smelling with some kids chained to a bed and suffering injuries as a result. Adult children appeared at first to be minors because of their malnourished state. The Turpins were arrested on charges of torture and child endangerment. (Photo by Gina Ferazzi-Pool/Getty Images)

The complaint alleges that the officials overseeing the siblings “failed to report” the complaints brought to them. The foster parents were eventually arrested in 2021 for lewd acts with a child, but the abuse of the plaintiff over three years led to severe injuries, the complaint states.

A recently published, independent report, initiated by Riverside County,  found that “all too often the social services system failed” the Turpin siblings.