A Ukrainian request for four drones has been in limbo for the past two months, as Biden administration officials remain concerned over the potential loss of the advanced technology, the Wall Street Journal reports.

While the Ukrainian military already uses approximately 6,000 smaller, commercially available drones, their primary purpose is reconnaissance, according to Wired. In contrast, Gray Atomics’ MQ-1C Gray Eagle is more powerful, with a wingspan of sixty-feet, 200 mile range and capacity to fire four Hellfire missiles, which the Biden administration fears might fall into Russian hands, according to the WSJ.

“The administration appears to be implementing a consistent approach to re-evaluating Ukrainian requirements and risks of providing more advanced systems,” Jennifer Cafarella, a national security fellow at the Institute for the Study of War, told the WSJ. (RELATED: Zelenskyy Suspends Top Officials Over Increasing Cases of Treason) 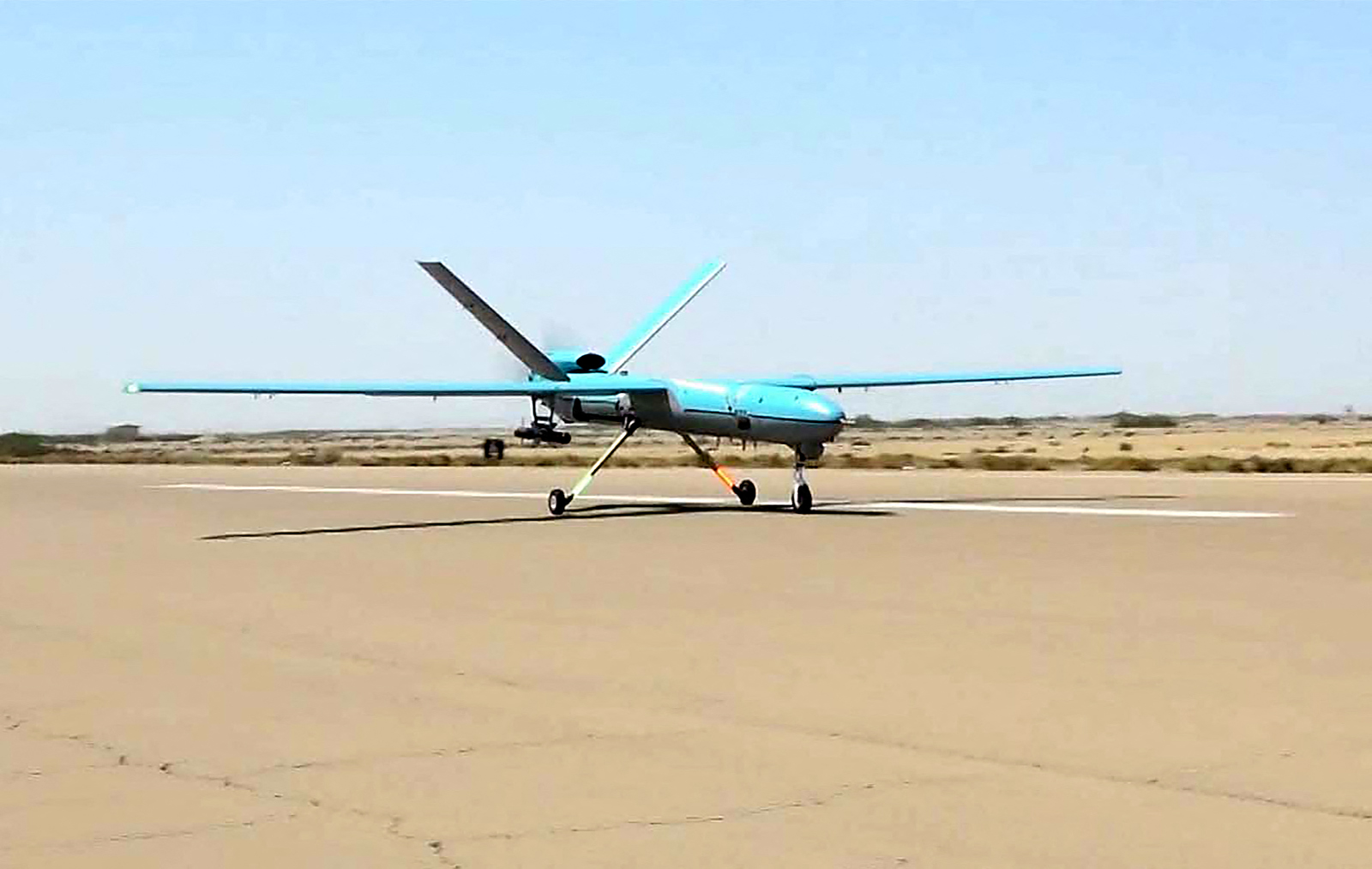 A handout picture provided by the Iranian Army’s official website on September 11, 2020, shows an Iranian Simorgh drone during the second day of a military exercise in the Gulf, near the strategic strait of Hormuz in southern Iran. – The Iranian navy began on September 10 a three-day exercise in the Sea of Oman near the strategic Strait of Hormuz, deploying an array of warships, drones and missiles. One of the exercise’s objectives is to devise “tactical offensive and defensive strategies for safeguarding the country’s territorial waters and shipping lanes,” the military said on its website. (Photo by -/Iranian Army office/AFP via Getty Images)

One concern the administration has is the time necessary to train drone operators, the WSJ reported. General Atomics has proposed a training regimen that would run for five weeks, 12 hours a day, seven days a week.

“I think there are some theoretical debates slowing progress, but I hope those can be worked out,” Mark Brinkley, a General Atomics spokesman, told the WSJ.  Brinkley also told the WSJ that General Atomics has offered to cover the costs of training Ukrainian personnel, and since the drones had already been sold to the U.S. military, General Atomics would make no money on any potential deal.

A similar situation occurred over the last two months with High Mobility Artillery Rocket Systems, or Himars, the WSJ reports. Russia gained significant ground in the eastern Donbas region as the administration debated delivery of the systems, which the Ukrainian Commander-in-Chief of the Armed Forces Valerie Zaluzhy now credits for bringing the defensive situation in the eastern region “under control”, according to the WSJ.

The Ukrainian Ministry of Defense and General Staff of the Armed Forces of Ukraine did not immediately respond to requests for comment from the Daily Caller News Foundation.