The president praised New England as a new hub of “clean energy construction” while criticizing the pollution of fossil fuels during his speech at Brayton Point, a decommissioned coal plant in Somerset, Massachusetts. (RELATED: Biden Announces Executive Actions Aimed At Climate Change)

” Today, Brayton is one of the frontiers — on the frontier of clean energy in America. On this site, they’ll manufacture 248 miles of high-tech, heavy-duty cables,” said Biden, referring to the specialized, subsea cables that tie offshore wind farms to electrical grids.

“The plant, like many others around the country, had another legacy: one of toxins, smog, greenhouse gas emissions, the kind of pollution that contributed to the climate emergency we now face today,” Biden said of the former coal plant.

However, New England’s grid is routinely taxed during the winter months when energy consumption is at its highest, thanks in large part to the region’s reliance on wind energy, experts told the DCNF.

“Biden did not acknowledge that wind turbines only work when the wind is blowing, and therefore, they do not supply the steady power that the coal plant supplies,” said Meredith Angwin, author of “Shorting the Grid: The Hidden Fragility of Our Electric Grid,” told the DCNF.

Instead of relying on fossil fuels, Biden argued that New England should embrace green energy to electrify the region so as to not contribute to the “climate crisis.”

“Unfortunately, the stability of the grid will pay the ultimate price for these choices,” Angwin said of Biden’s policies.

“It annoys me that our President seems to think that the plants of ten years ago were just as polluting as they were sixty years ago,” she stated, pointing out that effective pollution control devices, costing more than $500 million, were added to the coal plant in the lengthy time between Biden’s childhood and today.

Although Angwin promoted nuclear power as an alternative to coal, nuclear power is declining in New England. The Pilgrim Nuclear Power Station, a nuclear plant in Plymouth, was shut down in 2019, leaving the region with only two nuclear power facilities, according to information provided by the EIA. 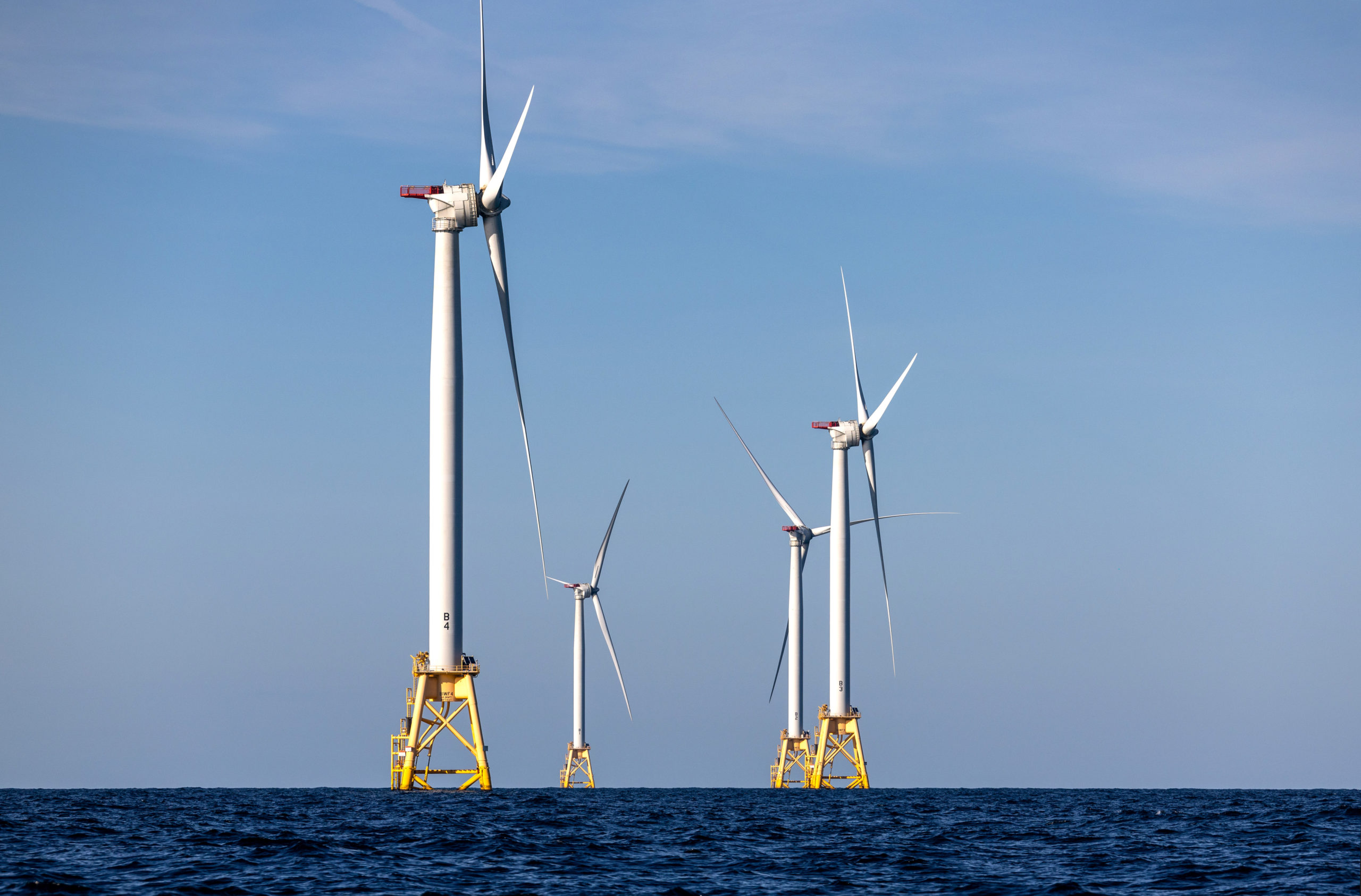 AT SEA – JULY 07: Wind turbines generate electricity at the Block Island Wind Farm on July 07, 2022 near Block Island, Rhode Island. The first commercial offshore wind farm in the United States is located 3.8 miles from Block Island, Rhode Island in the Atlantic Ocean. The five-turbine, 30 MW project was developed by Deepwater Wind and began operations in December, 2016 at a cost of nearly $300 million. (Photo by John Moore/Getty Images)

With an over-reliance on renewables combined with a lack of nuclear power, insufficient gas pipelines and only Russian liquefied natural gas (LNG) to make up the difference, New England is one severe winter away from an energy catastrophe, according to OilPrice.

“The Massachusetts LNG terminal is the only one that in recent years has been importing LNG from Russia,” IER Senior Vice President Dan Kish told theDCNF.

New England is only a few hundred miles from the Appalachian Basin, an area that would be the third-largest natural gas producer in the world in 2021 if it were independent, according to the EIA.

Natural gas and nuclear power generated roughly 78% of the 8,258-gigawatt hours of electricity generated within New England in December 2021, according to data from IER.

In the summer, when energy usage is low in comparison to winter, electricity forecasts from the EIA predict a 15% increase in electricity prices in New England this summer versus last summer as well as a 9% increase in residential electricity expenditures, according to EIA data.

ISO NE, New England’s grid operator, and the White House did not immediately respond to the DCNF’s request for comment.