At least 18 people reportedly died Thursday during a police raid in the largest slum in Rio de Janeiro.

The operation was aimed at a criminal group known for committing car and bank robberies that was allegedly planning to expand into neighboring slums. The victims include 16 suspected criminals, a female bystander and a police officer, AP reported.

Police claim they attempted to arrest the criminals first, but shootings broke out. Afterward, videos show the police watching while civilians attempt to help the victims get to hospitals, according to Reuters.

“(The police) don’t aim to arrest them, they aim to kill them, so if they’re injured, they think they don’t deserve help,” Anacrim Human Rights Commissioner Gilberto Santiago Lopes told Reuters. (RELATED: Brazil Is Using The World Cup To Destroy Communities)

Residents from the slum can be seen waving white cloths and calling for peace, videos on social media show.

The police operation included almost 400 officers, four aircrafts, and 10 bulletproof cars. Videos show a helicopter flying over the residential areas, allegedly firing at targets despite the dense population in those neighborhoods.

No, this is not a war zone!
It’s just another ordinary day in Rio de Janeiro. Drug dealers opened fire today on a Police’s Bell Huey helicopter during an operation to prevent cargo theft.#RiodeJaneiro #helicopter pic.twitter.com/aG5l6Sp5pY

The larger Complexo do Alemao favela is a low-income community comprising 13 smaller slums, housing approximately 70,000 people, with the majority having a black or biracial background, according to AP. 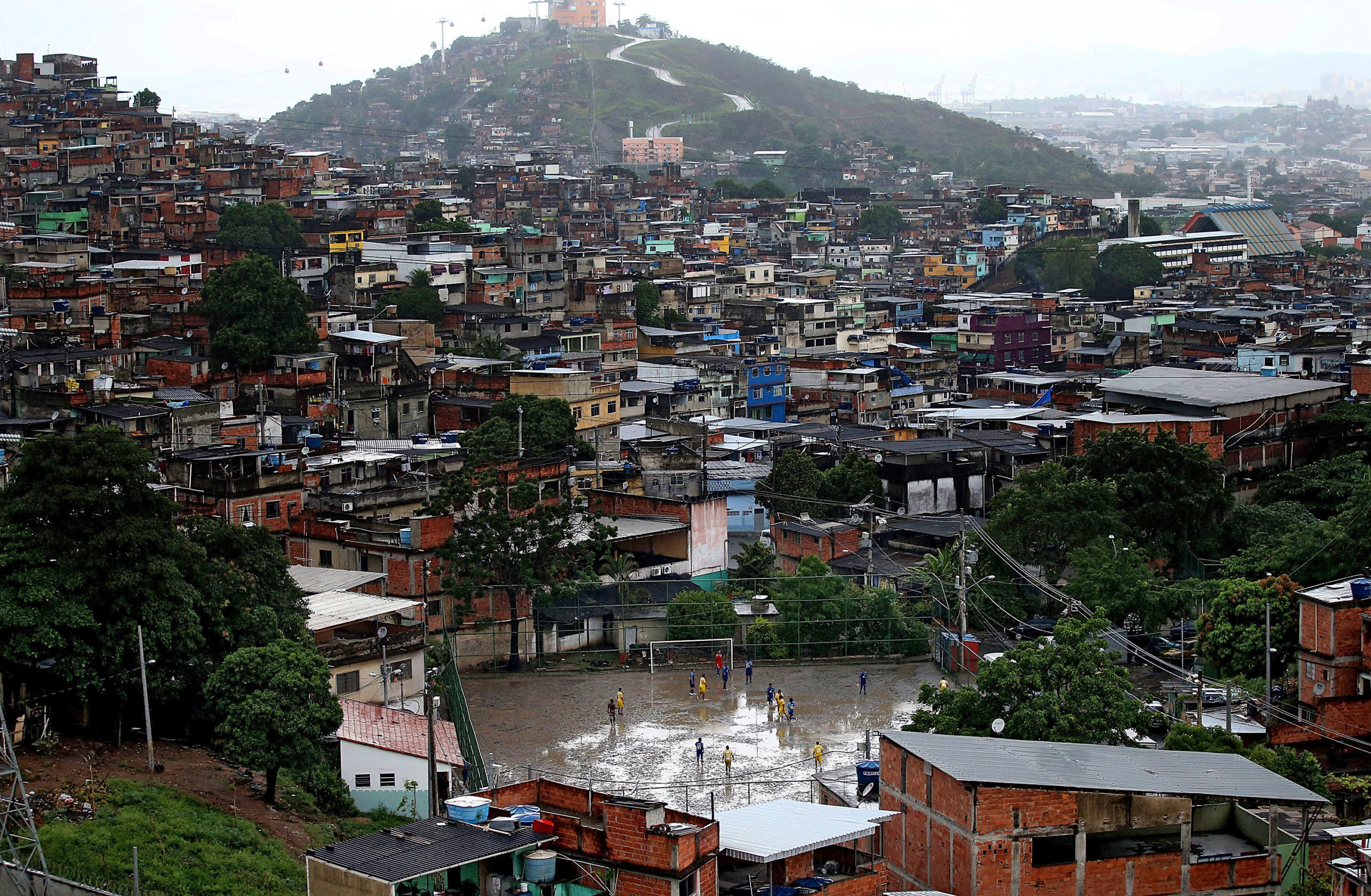 RIO DE JANEIRO, BRAZIL – MARCH 23: Men play soccer on a muddy field in the Complexo do Alemao pacified ‘favela’ community on March 23, 2014 in Rio de Janeiro, Brazil. The ‘favela’ was previously controlled by drug traffickers and is now occupied by the city’s Police Pacification Unit (UPP). A number of UPP’s were attacked by drug gang members on March 20 and some pacified favelas will soon receive federal forces as reinforcements. The UPP are patrolling some of Rio’s favelas amid the city’s efforts to improve security ahead of the 2014 FIFA World Cup and 2016 Olympic Games. (Photo by Mario Tama/Getty Images)

The police attacks on slums receive increasingly more criticism. Brazil’s Supreme Court made an effort to regulate the police earlier in the year. They defined the set of conditions under which lethal force may be used as only when “all other means have been exhausted and when necessary to protect life,” according to AP.

Security will be a major topic in the upcoming election in the fall. Brazilian President Jair Bolsonaro supports harsh police crackdowns on criminal groups in low-income neighborhoods. (RELATED: Brazil Is Pouring Millions More Into Olympics’ Security)