In a speech marking his return to Washington, D.C., on Tuesday, former President Donald Trump called for drug dealers to be executed – but during his presidency, Trump signed into law a bill that sent a very different message.

The former president signed the bipartisan First Step Act in 2018 after being convinced it could help his political career, Politico previously reported. Still, Trump reportedly remained privately skeptical about the decision, with one former official telling Politico that he’d often lament about being “talked” into it.

The law in part sought to shorten sentences for nonviolent drug offenders – a notable fact given Trump’s recent declaration calling for the death sentence for drug dealers. Officials noted in 2019 that over 1,500 inmates retroactively received reduced sentences due to a provision that lessened sentences for individuals convicted of crack-related crimes versus those only convicted of crimes involving cocaine powder, Reuters reported.

These days — as evidenced by his speech in D.C. — Trump doesn’t often speak about the law, which he touted as “a big breakthrough for a lot of people” at the time. Instead, the former president preaches a wholehearted tough-on-crime mentality and hones in on Democratic policies that he argues have contributed to a rise in crime in many major cities.

“You execute a drug dealer and you’ll save 500 lives, because they kill on average 500 people,” Trump continued. “It’s terrible to say, but you take a look at every country in this world that doesn’t have a problem with drugs, they have a very strong death penalty for the people that sell drugs. If we’re going to stop this scourge, it’s time to get brutally tough on the dealers and traffickers and narco-terrorist cartels who are stealing over 200,000 American lives a year.” 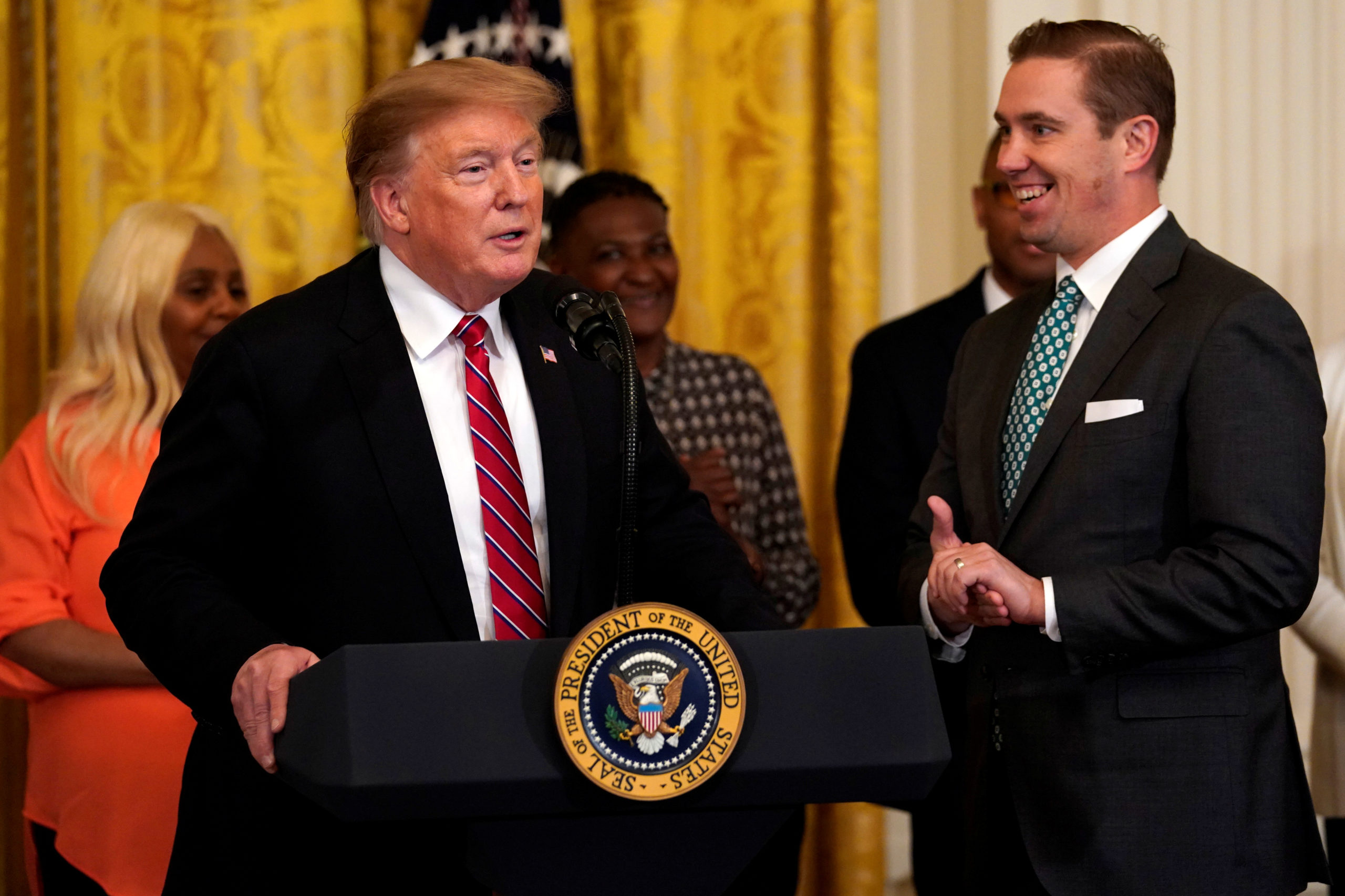 Throughout his presidency, Trump granted clemency to multiple people convicted on drug charges, including some charged with drug trafficking.

In 2021, Trump even issued a last-minute pardon for a convicted drug smuggler who reportedly “has a history of violence and threatening people,” according to The New York Times. This individual, Jonathan Braun, ran a large-scale smuggling ring focused on marijuana, and was still facing separate investigations as of his pardon, The Times added.

Meanwhile, in early 2019, Joel Francisco – convicted of selling crack cocaine and sentenced to life in prison – was one of the first inmates set free as a result of Trump’s “First Step Act.” Later that year, he was arrested and charged with murder, according to CNN.

Then, in 2020, Francisco pled guilty to conspiracy to possess with the intent to distribute cocaine, The Providence Journal reported at the time. (RELATED: BARR: Time For Congress To Take The ‘Next Step’ On Criminal Justice Reform)

Notably, Trump has released drug dealers who have gone on to better their lives. One prime example is that of Alice Marie Johnson, who was sentenced to life in prison for her role in a cocaine trafficking group. After Trump pardoned her in 2020, she went on to be a criminal justice reform activist and published a memoir.

The “First Step Act” remains a touchy subject among Republicans, particularly as crime rises and elections continue to heat up. Charles Stimson, a crime expert at the Heritage Foundation, explained to Politico that given the current climate, voters are more likely to turn out for those who push law and order hard.

“People will probably be motivated in the fall to vote for folks who take the law and order approach and they’re not going to believe people who say they don’t have a crime problem,” he said according to the media company.

A spokesperson for Trump did not immediately respond to a request for comment.