Senators on the Health, Education, Labor, and Pensions Committee pressed a top Biden administration official on the White House’s strategy to combat the opioid epidemic during a hearing Tuesday.

More than 105,000 Americans died of drug overdoses in 2021, up from 93,000 in 2020, according to the National Center for Health Statistics. More than 1,100 teenagers died of overdoses that year, with experts attributing the sharp jump in deaths to the increased prevalence of fentanyl. Several studies showed that overdose deaths spiked amid the COVID-19 pandemic, with observers arguing that isolation and job loss attributed to the virus and lockdowns caused many drug users to relapse.

“Deaths from fentanyl among teenagers tripled from 2019-2021,” Democratic New Hampshire Sen. Maggie Hassan said, noting that in many overdose cases, drug users consumed a non-opioid laced with fentanyl. Senior Advisor to the Director of the Office of National Drug Control Policy Kemp Chester blamed social media use and the dark web for teen overdoses. He added that the U.S. Postal Service would look to better monitor packages that may include drug shipments. 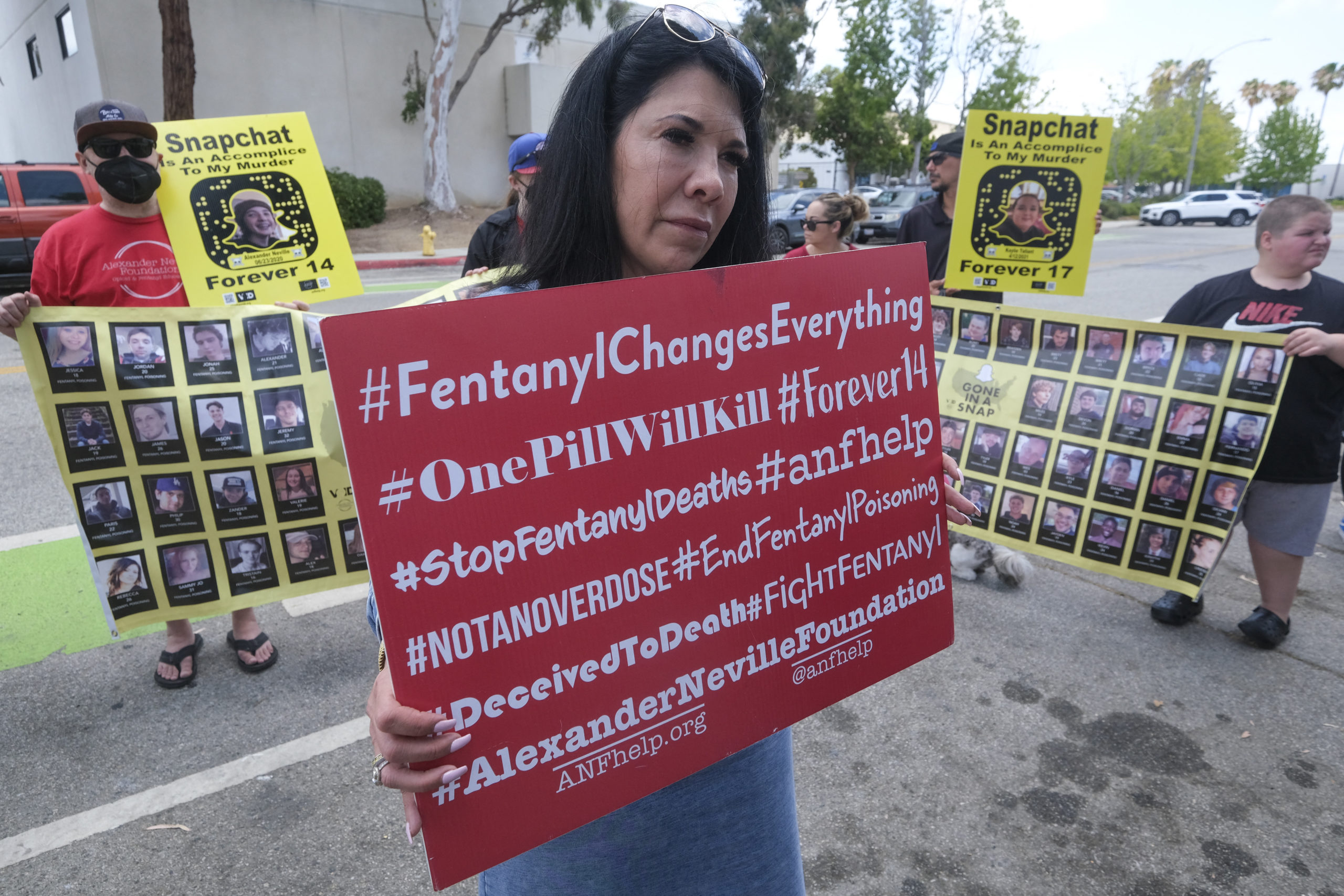 People opposed to the sale of illegal drugs on Snapchat participate in a rally outside the company’s headquarters to call for tighter restrictions on the popular social media app following fatal overdoses of the powerful opioid fentanyl in Santa Monica, California, June 13, 2022. (Photo by RINGO CHIU/AFP via Getty Images)

Senators from both parties expressed concern about the Biden administration’s failure to secure ports of entry. Customs and Border Protection (CBP) officials have seized 8,425 pounds of fentanyl in Fiscal Year 2022, and 504,000 pounds of drugs overall. (RELATED: ‘Largest Seizure In History’: Mexican Authorities Seize Enough Fentanyl To Kill Hundreds Of Millions)

“If the U.S. wants to be serious about stopping the flow of illicit substances into the U.S., we must remember there’s a southern border and a northern border. And there’s two water borders, and you go down and you remember the Gulf of Mexico with our water ports. Don’t forget about airports,” Democratic New Mexico Sen. Ben Ray Lujan said.

“The screening, or lack thereof, done at our ports should alarm all of us. Five or six percent just improved to ten percent with passenger screening into the southern border is embarrassing,” he continued.

“Are you confident what we’re doing is aggravating the problem, just encouraging more proportionally from what it was pre-Biden administration. And are we making any headway?” he asked Chester.

Chester admitted that there has “absolutely been an increase” in drug seizures, but added that those drugs “will not be in our communities.”

“What you described very accurately is the results of a global business enterprise that is driven by profits and is focused on finding vulnerabilities and expand their customer base in order to make as much money as they can with a decreased amount of risks,” he responded.