Supreme Court Justice Clarence Thomas will not teach a law course at the George Washington University after students threw a fit.

Thomas’ co-lecturer Gregory Maggs sent an email to students about the unfortunate news, Fox News reported after obtaining a copy of the notice.

“Unfortunately, I am writing with some sad news: Justice Thomas has informed me that he is unavailable to co-teach the seminar this fall,” Maggs reportedly wrote. “I know that this is disappointing.”

“I am very sorry,” he continued, according to Fox News. “The seminar has not been canceled but I will now be the sole instructor. For those of you still interested in taking the course, I assure you that we will make the best of the new situation.” 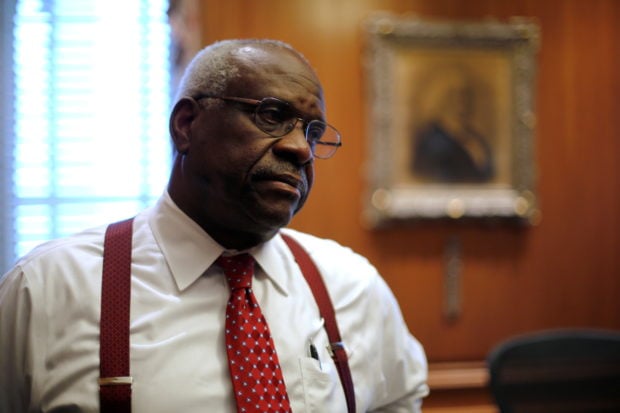 Maggs and Thomas have taught the course together since 2011, according to the GW Hatchet. It is unclear why Thomas has opted out of teaching the course. (RELATED: ‘They’re Going To Lose Their Liberties’: Clarence Thomas Makes Dire Warning In New Book)

Thousands of students petitioned to remove Thomas from his role as a lecturer after he voted to overturn Roe v. Wade. Rising junior Jon Kay started the petition saying it was “unacceptable” for Thomas to be on campus because his recent decisions “actively” endanger “the lives of the students on campus,” according to the GW Hatchet. The university announced it would not fire Thomas, according to GW Hatchet.

“Because debate is an essential part of our University’s academic and educational mission to train future leaders who are prepared to address the world’s most urgent problems, the University will neither terminate Justice Thomas’ employment nor cancel his class,” the university said, according to the outlet.