The U.S. Department of Education is investigating the University of Southern California in Los Angeles for allegedly creating a “hostile environment of anti-semitism” on campus, according to a press release.

The Louis D. Brandeis Center for Human Rights Under Law filed a complaint in November 2020 to the Office for Civil Rights (OCR) for Rose Ritch, a USC student who was forced to resign from her role as student body vice president after students allegedly harassed her for being a “Zionist” and excluded her because she is Jewish, according to the press release. The OCR notified the Brandeis Center that it will investigate the university on Tuesday, the center announced. (RELATED: Biden Admin To Investigate NYC School That Allegedly Segregated Students In Order To ‘Undo’ Racism)

The university may have violated Title VI of the Civil Rights Act of 1964, the press release states.

Ritch’s campaign posters were allegedly vandalized and students allegedly called for Ritch’s impeachment on social media because of her “perceived affiliation with the actions of the State of Israel,” the complaint states. 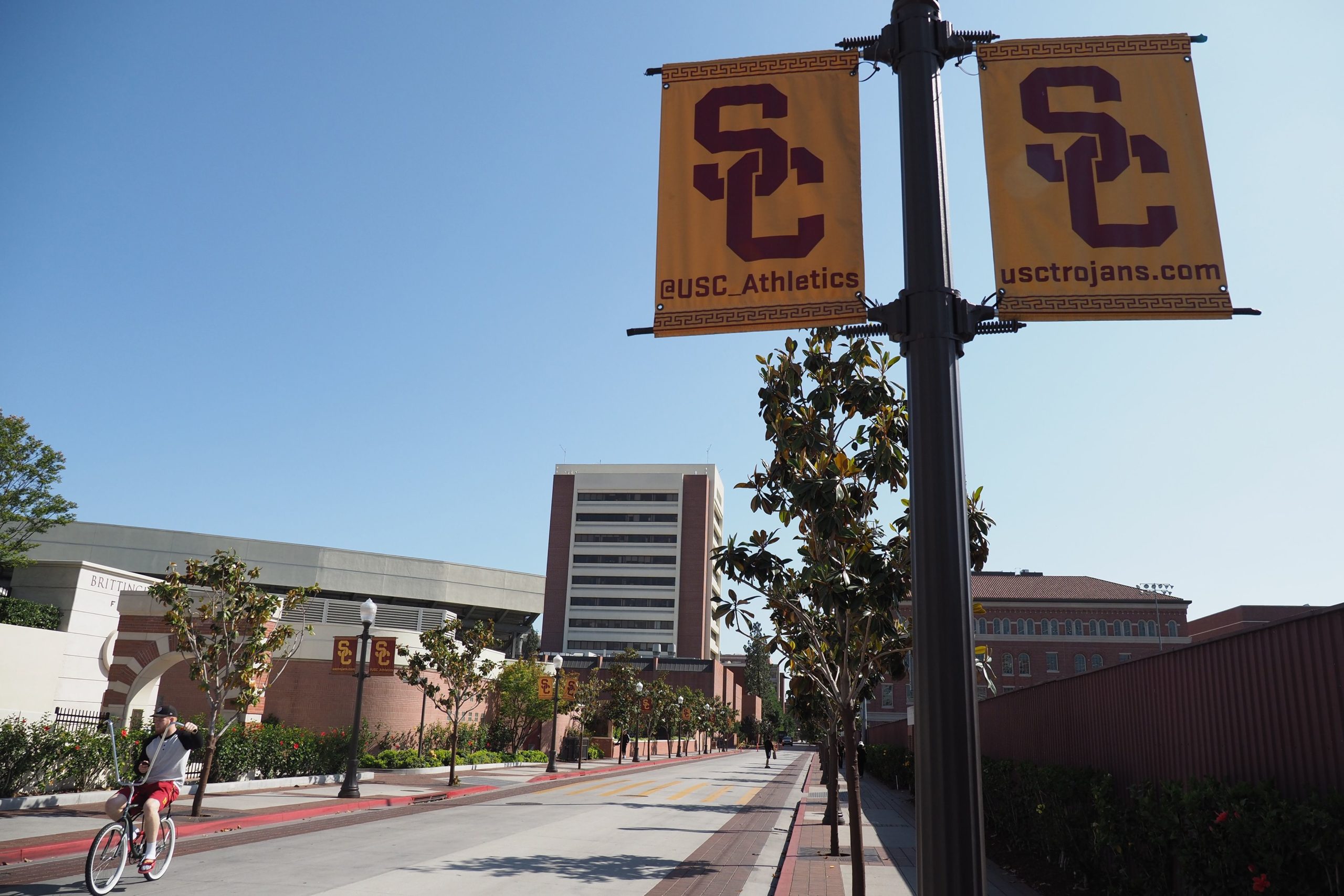 A young man rides a bicycle on the campus of the University of Southern California (USC) in Los Angeles, California on May 17, 2018. (Photo by Robyn Beck / AFP via Getty Images)

Students posted on social media, “The president is trash & so is the VP who is a proud Zionist” and “Rose should be impeached too! Just as complicit and also a Zionist,” according to the complaint.

Others suggested that “Zionist” USC students should be “relentlessly cyberbullied,” and wrote “tell your Zionist a** VP to resign too,” according to the complaint. A USC student filed a formal impeachment complaint against Ritch.

The university was made aware of the harassment by the Jewish community but ignored requests to intervene, leading to Ritch’s resignation, the complaint states.

“USC failed to intervene; failed to speak out publicly in support of Ms. Ritch; failed to condemn or ever acknowledge the harassment that targeted her; and failed to void the baseless impeachment complaint filed against her. Through its silence and inaction, the University tolerated the discriminatory harassment directed at Ms. Ritch, thus emboldening it and leaving Ms. Ritch vulnerable to the negative effects of the hostile environment that the harassment created at USC,” according to the complaint.

In a statement, USC told the Daily Caller News Foundation it is “proud of its culture of inclusivity for all students, including members of our Jewish community.” The university has partnered with national organizations like the Anti-Defamation League to “combat antisemitism,” it said.

“We look forward to addressing any concerns or questions by the U.S. Department of Education regarding this matter,” the university said.

Denise Katz-Prober, director of legal initiatives at the Brandeis Center, told the DCNF that the OCR investigation is “significant” because “it concerns the form of anti-Semitism that is prevalent on campuses today across the country.”

“This form of anti-Semitism targets and seeks to marginalize and exclude Jewish students on the basis of their Jewish ethnic identity which is connected to Israel,” Katz-Prober said. “Unfortunately, since filing this complaint, this problem has become increasingly common on other campuses.”

The OCR did not respond to the DCNF’s request for comment.

This story has been updated with comments from the University of Southern California and the Louis D. Brandeis Center for Human Rights Under Law.