A new Democratic spending package will expand the U.S. Internal Revenue Service (IRS) in an attempt to raise government revenues and fight inflation.

In a bill that Democrats call “The Inflation Reduction Act of 2022,” the size of the IRS could substantially grow as part of a wider effort to ramp up “taxpayer compliance,” according to the bill’s text that references a 2021 U.S. Department of the Treasury report. The bill will raise IRS spending by nearly $80 billion over the next 10 years, adding to its current $13.7 billion budget, to hire thousands of new IRS agents as well as expand the agency’s operations, facilities and services.

The IRS will be given $45 billion to hire more auditors and lawyers to increase its ability to collect taxes and punish those who fail to pay what they owe. The service will also be spending over $25 billion to cover its increasing operations expenses including office rent and transportation costs.

However, in testimony to the Senate Finance Committee in April, IRS Commissioner Charles Rettig said that over half of the agency’s employees work full time from home. Additionally, the service’s fleet of vehicles was already deemed to be bloated and the federal agency was unable to certify that its vehicles were only used for official business purposes, according to an Inspector General Report from 2021. 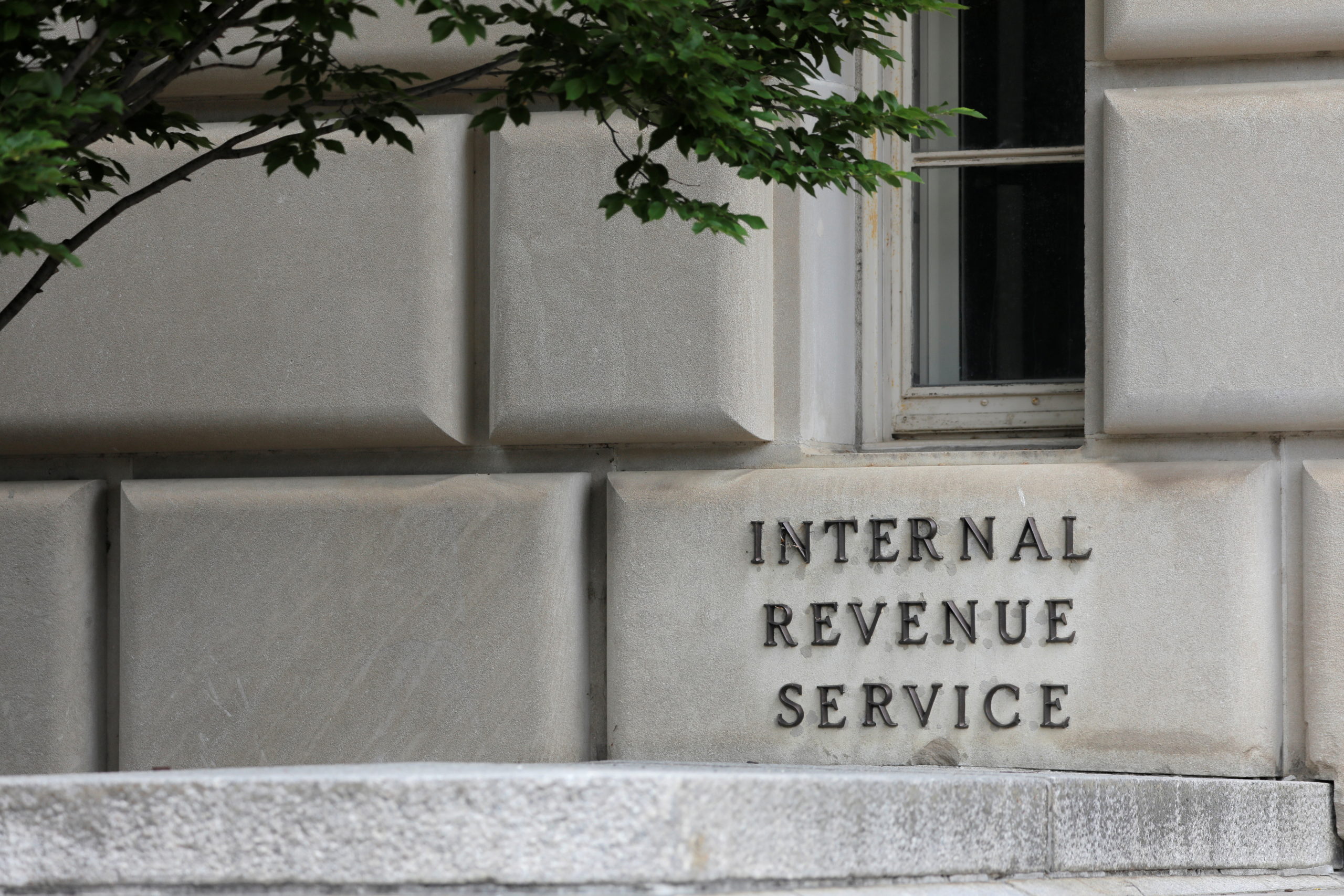 Signage is seen at the headquarters of the Internal Revenue Service (IRS) in Washington, D.C., U.S., May 10, 2021. REUTERS/Andrew Kelly

The spending package will also carve out an additional $5 billion and $3 billion for “Business Systems Modernization” and “Taxpayer Services.” The move is intended to generate $124 billion through improved “tax enforcement” measures and fight inflation, according to the Democrat summary of the bill.

Democrats are looking to raise government revenues to fund their spending package that will cost a total of $430 billion amid a period of economic malaise and declining audit rates.

An IRS spokesperson told the DCNF that the service does not comment on proposed legislation.