President Joe Biden insists the U.S. is on the “right path” as the GDP report released Thursday shows two consecutive quarters of falling GDP which, by some definitions, indicates the economy is headed toward a recession.

The U.S. real GDP decreased at an annual rate of 0.9% in the second quarter of 2022, data released Thursday from the Bureau of Economic Analysis (BEA) shows. Biden said Thursday that the report is not surprising and the U.S. is in a transition period.

“Coming off of last year’s historic economic growth – and regaining all the private sector jobs lost during the pandemic crisis – it’s no surprise that the economy is slowing down as the Federal Reserve acts to bring down inflation,” Biden said in a statement. “But even as we face historic global challenges, we are on the right path and we will come through this transition stronger and more secure. Our job market remains historically strong, with unemployment at 3.6% and more than 1 million jobs created in the second quarter alone.” (RELATED: CNN Reporter’s Tweet Comes Back To Haunt Him As He Tries To Dismiss Recession Fears)

“Consumer spending is continuing to grow,” the president continued. “My economic plan is focused on bringing inflation down, without giving up all the economic gains we have made. Congress has an historic chance to do that by passing the CHIPS and Science Act and Inflation Reduction Act without delay.” 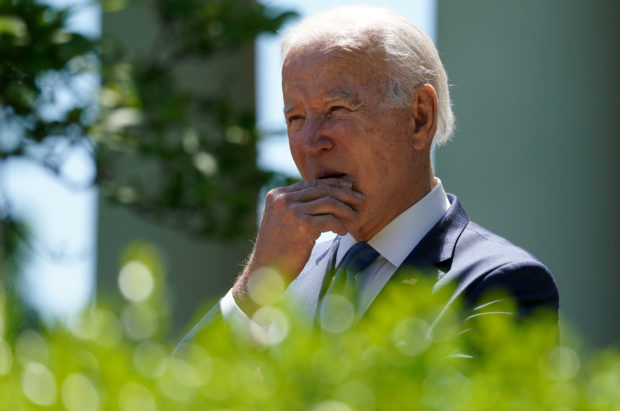 The Biden administration has consistently pushed back on claims the economy is in, or heading toward, a recession, publishing a recent blog post that argues that two consecutive quarters of falling GDP is not indicative of a recession. The National Bureau of Economic Research uses several factors to determine whether the U.S. is in a recession. Economist Julius Shiskin wrote in 1974 that two consecutive quarters of declining GDP is a good rule of thumb to define a recession. The definition has become somewhat of a standard, though other factors should be considered.

E.J. Antoni, research fellow for regional economics at The Heritage Foundation, told the Daily Caller News Foundation that technical definitions matter naught if Americans can feel it in their pockets.

“At the end of the day the average American family has been going through economic pain for the last 18 months; paychecks are going out the door faster than they’re coming in because of inflation, credit card debt is getting more expensive to service, regular folks can’t afford a home, gas and grocery prices are going up. In my opinion, if you go out and talk to regular Americans it is so blatantly obvious the economy is contracting.”