Kim Jong Un said July 27 that North Korea is prepared and willing to use nuclear weapons in any conflict with the U.S. and South Korea as tensions in the region increase.

Kim applauded his military’s strength in a speech for war veterans on the 69th anniversary of the end of the Korean War in Pyongyang.

“Our armed forces are now fully prepared to cope with any sort of crisis, and our state’s nuclear war deterrent is also fully ready to demonstrate its absolute power accurately and promptly true to its mission,” he said during his speech, according to the states’ media agency, KCNA. 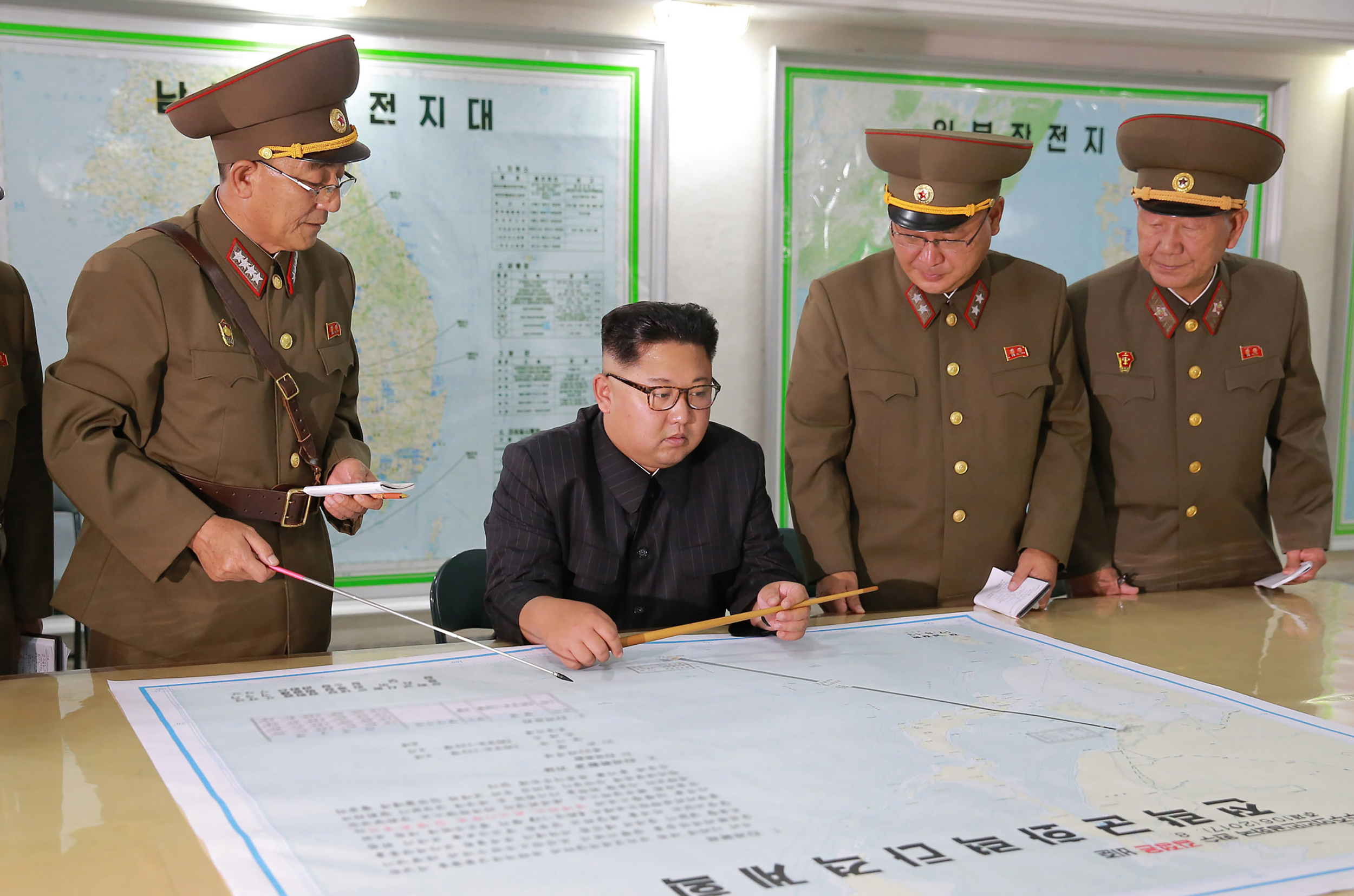 This picture taken on August 14, 2017 and released from North Korea’s official Korean Central News Agency (KCNA) on August 15, 2017 shows North Korean leader Kim Jong-Un (C) inspecting the Command of the Strategic Force of the Korean People’s Army (KPA) at an undisclosed location. North Korean leader Kim Jong-Un said on August 15 he would hold off on a planned missile strike near Guam, but warned the highly provocative move would go ahead in the event of further “reckless actions” by Washington. (STR/AFP via Getty Images)

He blamed the rising tensions on the West’s allegedly provocative policies, as South Korea and the U.S. have reinstated military testing that was paused over pandemic concerns the past two years, The Associated Press reported. There will reportedly be an increased chance of more military exercises in the coming weeks that can trigger similar reactions from Kim. (RELATED: US Responds To North Korean Missiles)

“Such a dangerous attempt will be immediately punished by our powerful strength and the Yoon Suk Yeol government and his military will be annihilated,” Kim said, according to AP. (RELATED: Would North Korea Actually Fire Off The ‘Juche Bird’?)

Kim Jong Un says Korean peninsula on the ‘brink of war.’ threatens to ‘wipe out’ foes with nuclear weaponshttps://t.co/PnRHTRb548

North Korea will continue to expand its testing and build up its military in the hope of being officially recognized as a major nuclear power, Peter Huessy, senior fellow at the Hudson Institute and expert on nuclear warfare, told the Daily Caller.

South Korea and the U.S. should continue to strengthen their missile defense systems and deterrent capability to be prepared for anything. Huessy views the possibility of a North Korean nuclear attack in the near future as slim: As long as the U.S. keeps its military presence in South Korea, the North can only lose, he argues.

The new South Korean government under President Yoon Suk Yeol has sought to restrengthen its alliance with the U.S. and take a more defensive military stance. South Korea has ensured its commitment to protect its citizens from North Korean aggression. (RELATED: South Korea’s Got A New Weapon Against North Korean Artillery)

Kim remains dangerous as he suffers from being in an echo chamber, Huessy continued. Some advisors allegedly believe they could win a war with the U.S., since they won the Korean War in the sense that their country stayed in existence, Huessy told the Caller.

Huessy urged looking at the bigger picture, though. He fears North Korea is another Chinese tool to force the U.S. out of the Western Pacific. China has supported North Korea for decades, being their largest trade partner and supplying them most notably with energy and food. 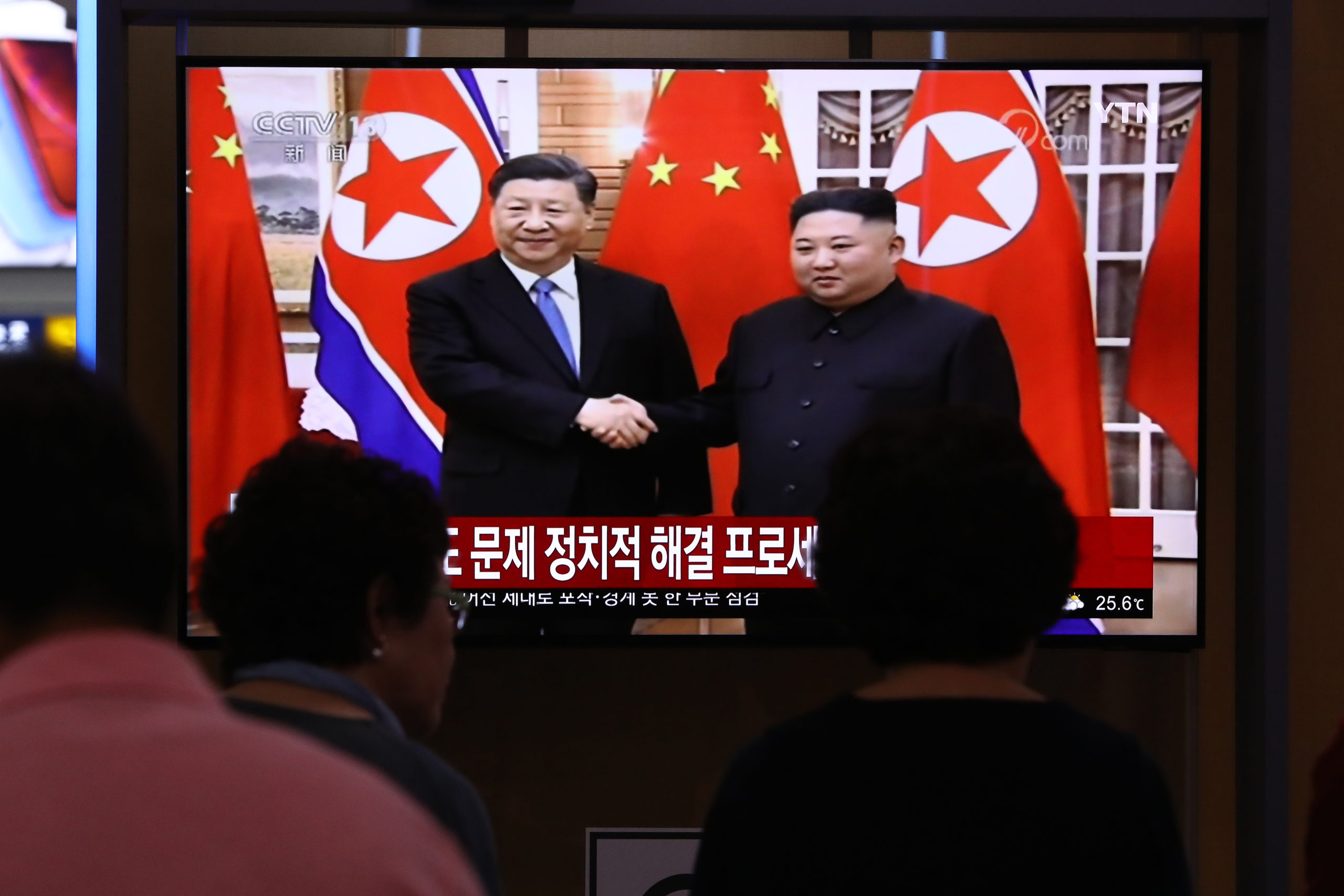 The latest speech is Kim’s attempt to gather public support amid an economic crisis caused by the consequences of the pandemic and ongoing sanctions, argued Professor Leif-Eric Easley at the Ewha University in Seoul.