A Florida school district will require transgender students to fill out paperwork documenting their transition if they wish to change their name and pronouns at school, according to ABC 7.

Lee County School District in Florida implemented a “gender support plan” which asks students their transgender status, if they have support at home for their gender identity and which educators should know the student’s status, according to ABC 7. The Lee County School Board adopted the plan on Tuesday as a response to Republican Florida Gov. Ron Desantis’ Parental Rights in Education law. (RELATED: Florida Tells Its Schools To Ignore Biden’s ‘Gender Identity’ Rules)

Lee County School District parent Crystal Czyscon called the gender support plan “frightening” because of how personal some of the questions are, according to ABC. The document also requires a plan if the child is “outed.”

“It’s going to keep some of them in the closet when they really should be coming out,” Arlene Goldberg, co-founder of LGBTQ community center Visuality, said about the gender support plan to WINK.

Lee County School District spokesman Rob Spicker dismissed the claims that the plan is a transgender “registry,” stating that the document requires students to receive parental permission to change their pronouns or name at school, ABC reported.

“If a student does complete a gender support plan, which will by law require their parents’ involvement, it is a confidential document and available only to the school counselor and student,” Spicker told ABC. 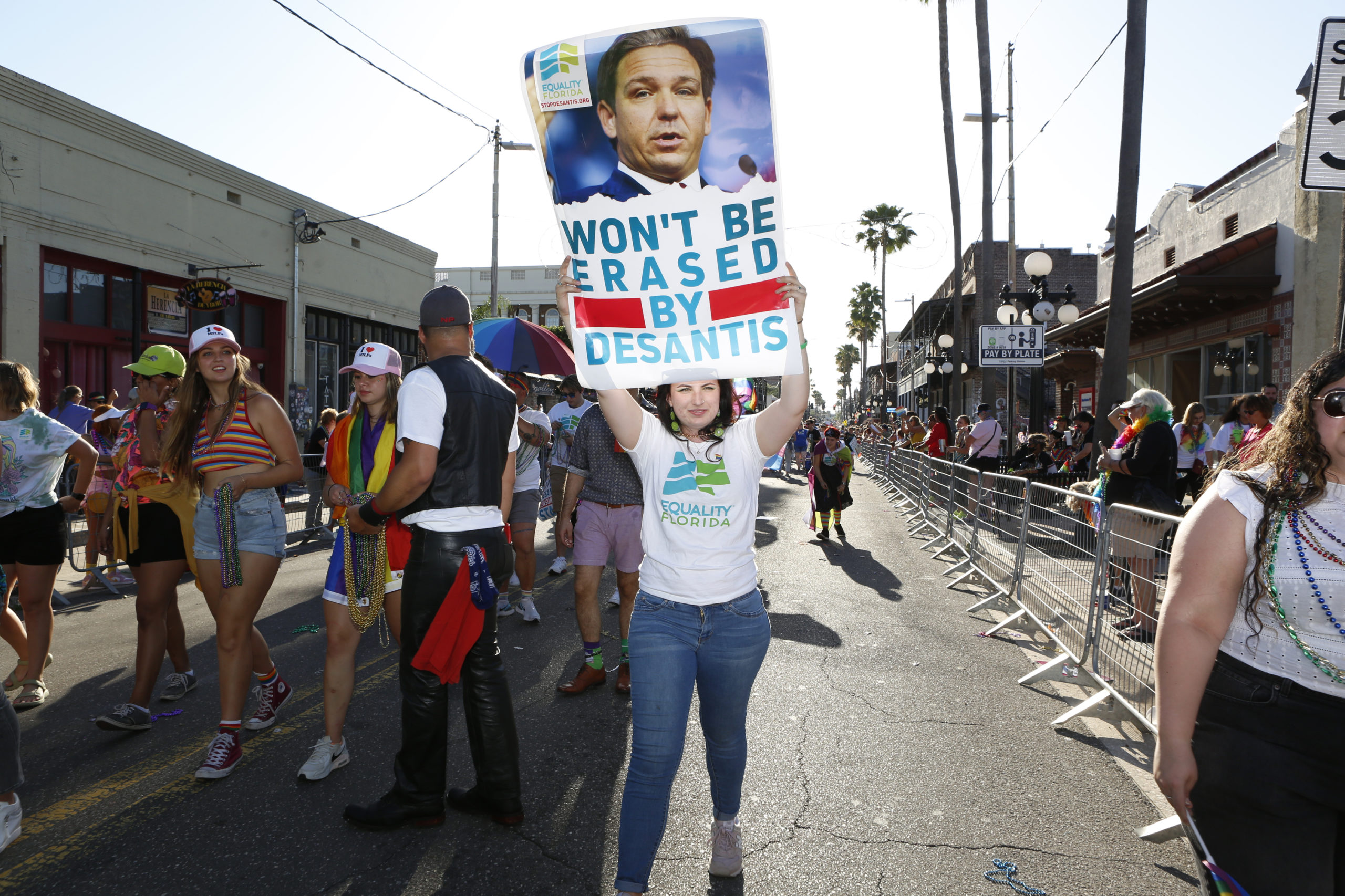 Revelers celebrate on 7th Avenue during the Tampa Pride Parade in the Ybor City neighborhood on March 26, 2022 in Tampa, Florida. The Tampa Pride was held in the wake of the passage of Florida’s controversial “Don’t Say Gay” Bill. (Photo by Octavio Jones/Getty Images)

DeSantis’ Parental Rights in Education law requires parents to be involved in student’s request to change their “gender identity.” The law, signed in March 2022 and referred to as the “Don’t Say Gay” bill by critics, keeps lessons on gender identity and sexual orientation out of classrooms from kindergarten through third grade.

Several Florida parents of LGBTQ students filed a lawsuit in July against Florida for the Parental Rights in Education law. The parents say the law “effectively silences” LGBTQ students and families.

Lee County School District and Florida Department of Education did not immediately respond to the Daily Caller News Foundation’s request for comment.