“I think we have to do a thorough investigation and look at what is the proper role for members of Congress and what influence they have, and I don’t think the proper way to do this is Nancy Pelosi writing the bill because we have proven that she can’t do that,” said McCarthy.

House Democrats intend to introduce a bill in August to ban lawmakers as well as their spouses and senior staff members from trading stocks, Reuters reported. Pelosi said in 2021 that she would not support such a ban but changed her mind in February.

Nvidia is heavily reliant on semiconductors and designs and manufactures graphics processors and other technology. (RELATED: The Pelosis ‘Appear To Have Taken Advantage Of Inside Information,’ Says Former Fed Chair)

“Mr. Pelosi bought options to buy stock in this company more than a year ago and exercised them on June 17, 2022,” Drew Hammill, deputy chief of staff for the House speaker, previously told the DCNF. “As always, he does not discuss these matters with the Speaker until trades have been made and required disclosures must be prepared and filed.”

“Mr. Pelosi decided to sell the shares at a loss rather than allow the misinformation in the press regarding this trade to continue,” said Hammill. 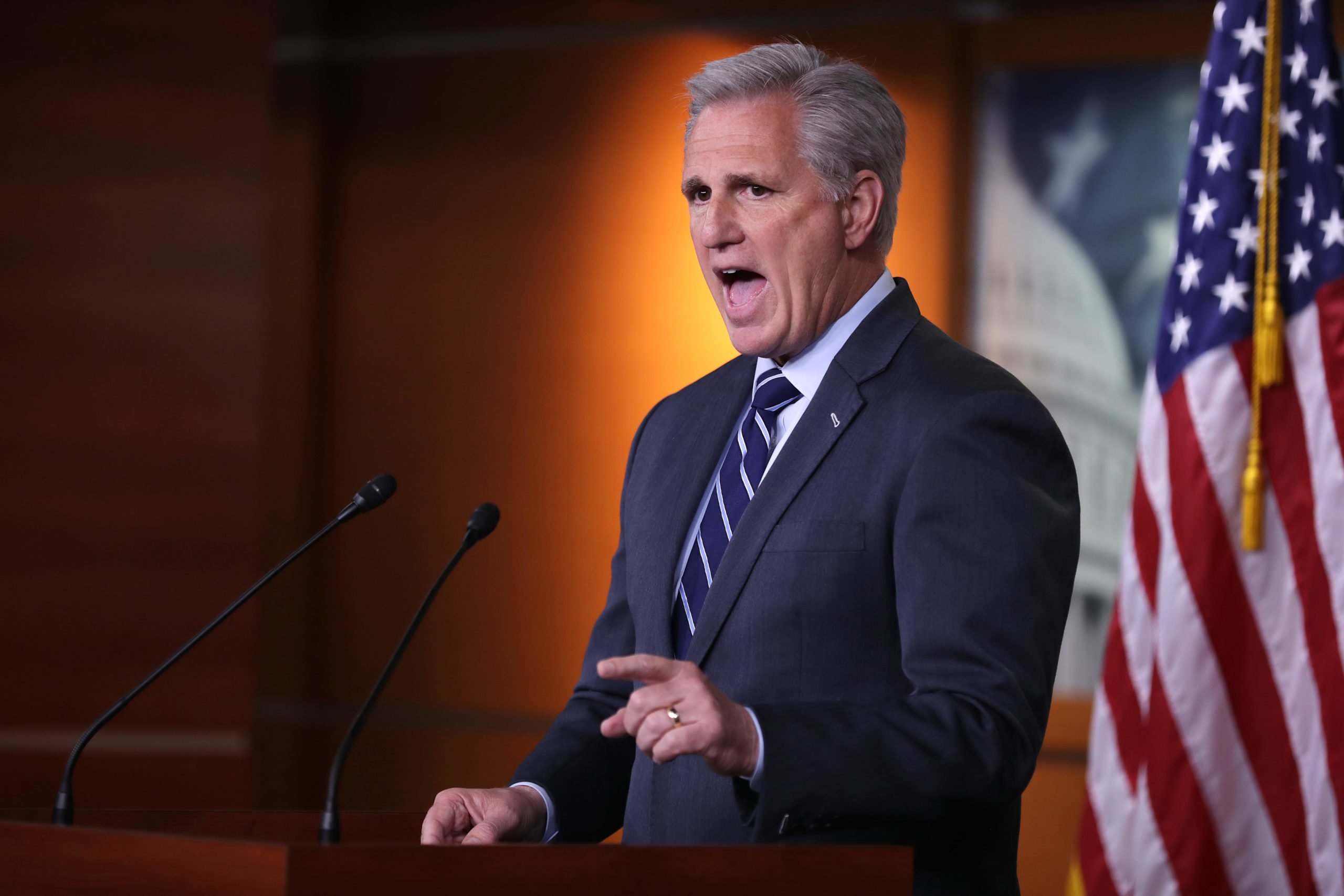 WASHINGTON, DC – JUNE 13: House Minority Leader Kevin McCarthy (R-CA) holds his weekly news conference at the U.S. Capitol June 13, 2019 in Washington, DC. In the wake of remarks by President Donald Trump that he would accept compromising information about a political opponent from a foreign power, McCarthy said that he would support legislation proposed by Democrats that would require people to report to the FBI if they are approached with offers of that information. (Photo by Chip Somodevilla/Getty Images)

Pelosi’s office did not respond to a request for comment.