Democratic Senators allocated funding for six more of the U.S.’ most expensive weapon systems than the Pentagon said it requires in the latest 2023 defense bill approved Thursday.

The Department of Defense (DOD) initially requested 61 F-35 fighter aircraft in its 2023 defense budget for all services, down from the 85 enacted in the 2022 bill, but the Senate Appropriations Subcommittee on Defense, chaired by Democratic Sen. Jon Tester of Montana, bumped that number up to 67. The allocations come amid criticisms that the Pentagon has failed to appropriately maintain its existing fleet.

“This bill modernizes our armed forces to address the evolving threats of the 21st century, ensuring the Defense Department is able to compete with China and other adversaries across the globe,” Senate Appropriations Chairman Democratic Sen. Patrick Leahy of Vermont said in a statement.

The Air Force will receive 33 fighter jets, consistent with the request, and the Navy and Marines combined will receive 34, six more in total than asked for, according to the Office of Naval Intelligence.

The F-35 is the U.S. most expensive weapons system, according to the Arms Control Center. Meanwhile, upkeep and modernization costs rose an estimated $741 million in 2021, according to Breaking Defense. (‘Ghost Soldiers’: The Pentagon Lost $232 Million Trying To Pay Afghan Forces)

Defense Contractor Lockheed Martin forged a $30 billion agreement with the Pentagon on July 18 to deliver 375 F-35s to the Pentagon and foreign buyers. However, the Pentagon has not devoted enough resources to maintaining the fleet, and as many as 6% of its F-35 planes are grounded at any given time, the Government Accountability Office (GAO) said.

Supply chain upheavals have also interfered with the ability of Pratt & Whitney, the company that produces F-35 engines, to produce replacement engines, according to the GAO report.

“At any quantity that congress authorizes, the F-35 Joint Program Office is dedicated to delivering the most capable, available and affordable aircraft to U.S. and international warfighters,” the Pentagon’s F-35 Program Office told the DCNF. 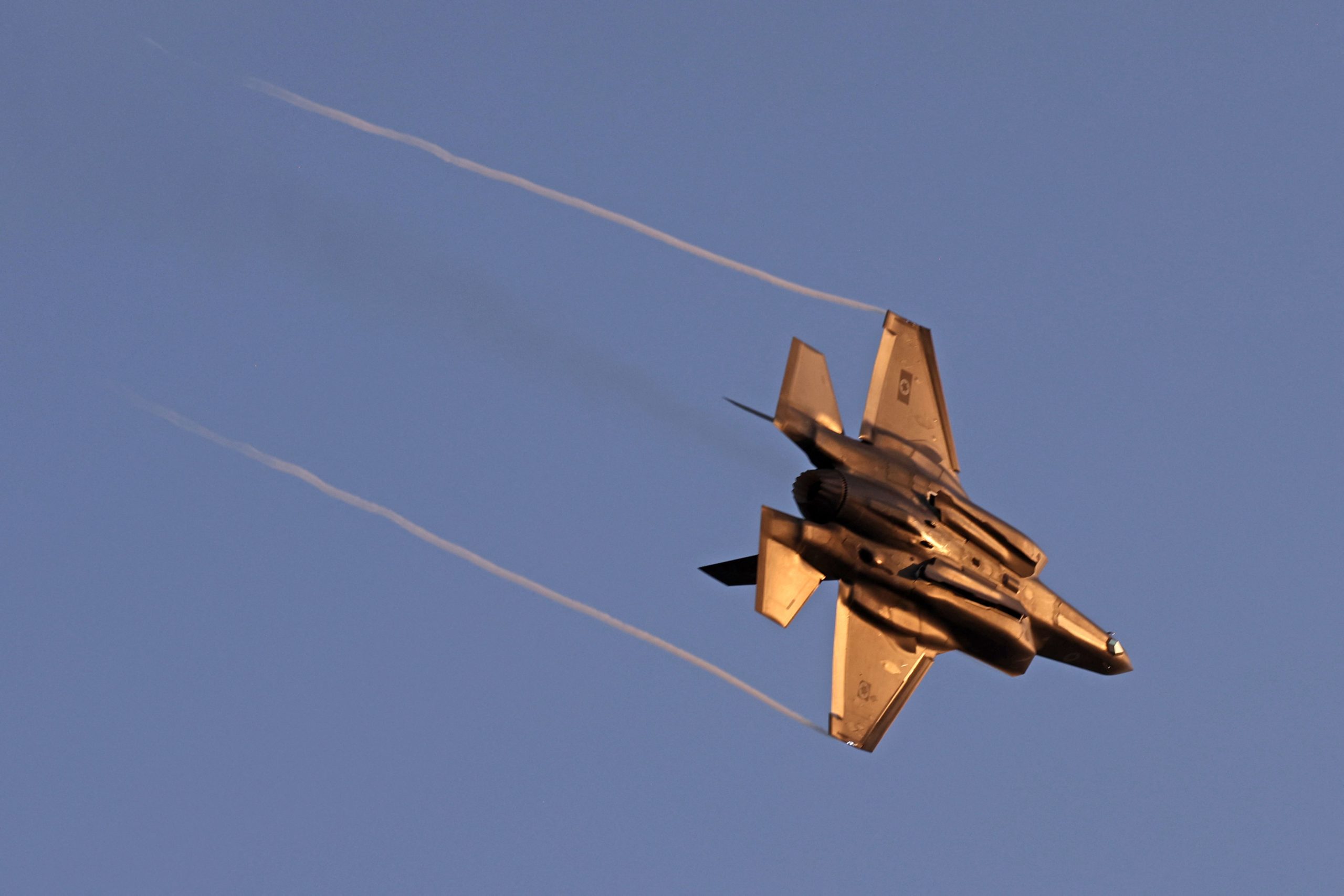 An Israeli Air Force F-35 Lightning II fighter jet performs during a graduation ceremony of Israeli Air Force pilots at the Hatzerim base in the Negev desert, near the southern city of Beer Sheva, on June 23, 2022. (Photo by MENAHEM KAHANA/AFP via Getty Images)

The Senate committee bill also requires the DOD to submit a detailed report of all 2021 and 2022 unused funds for the F-35 program, noting that prices for the F-35 system appear “significantly higher” than in previous years. The $11.9 billion in 2021 requested by the Pentagon for F-35 procurement nearly matches the $11 million it requested this year, despite asking for 24 fewer aircraft.

The Appropriations Committee’s total spending related to defense includes $850 billion in discretionary spending for the Pentagon, nearly 9% higher than the budget for 2022.

“Current and forecasted high costs of sustainment remain a real and existential threat to the program,” the House Armed Services Committee stated in said in its July 1 appropriations bill. “The committee remains continually frustrated by the program’s overly aggressive development and production schedules that have yet to contain any realism regarding projected cost or timing of actual completion.”