Cardholders under 25-years-old saw their credit card debt increase by 30% in the second quarter, much greater than the national average of 11%, as delinquency rates returned to pre-pandemic levels, Reuters reported. Similarly, non-prime credit holders, who include creditors of all ages with credit scores below 660, saw their credit card debt increase by almost 25%, according to a random sampling of 12.5 million creditors by credit score company VantageScore. (RELATED: ‘Higher Than We Expect’: Top Fed Official Issues Grim Prediction On Reining In Inflation)

TransUnion, a consumer credit ratings agency, estimates credit card delinquency rates could increase from 8% in the first quarter of this year to 8.4% in the first quarter of next year, assuming inflation remains high, according to Reuters. While delinquency rates amongst the young aren’t yet concerning, “it’s definitely something to watch,” Sivilio Tavares, president and CEO of VantageScore, told Reuters.

“You can get a bit of a canary in a coal mine effect. If it happens with one group, sometimes it can spread to another group,” he said.

While June saw the highest level of consumer spending in 40 years, up 1.1% compared to last year, it was primarily driven by inflation, with incomes having fallen by 0.3%, according to The Wall Street Journal. A swathe of retailers — including Walmart, Best Buy, Kraft Heinz, Unilever and Proctor & Gamble —  have all indicated that they expect consumers to purchase fewer brand-name goods, and shift to more economical products, the WSJ reported. 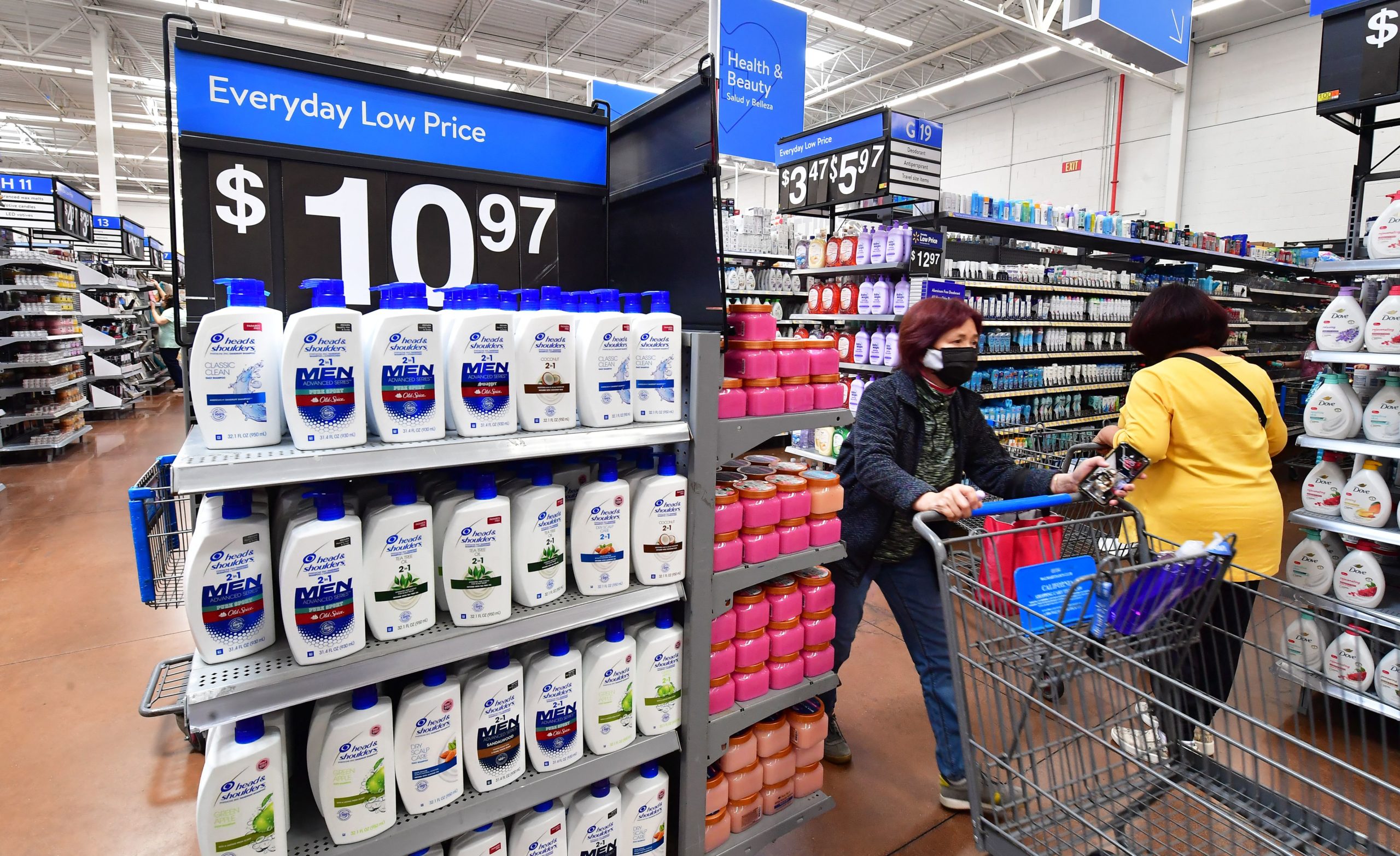 Shopping in Rosemead, California on April 21, 2022. – US inflation reached a four-decade high of 8.5% in March and prices are expected to continue to rise for staples like bread, meat, and milk as farmers faces shortages of fuel, fertilizer, and materials as the Russia-Ukraine conflict continues. (Photo by Frederic J. BROWN / AFP) (Photo by FREDERIC J. BROWN/AFP via Getty Images)

The cost of food from grocery stores and supermarkets is expected to increase between 10%-11%, according to a report by the U.S. Department of Agriculture Economic Research Center.

Additionally, many workers are facing the challenges of returning commuter costs, need for clothing and rising costs of childcare, according to the WSJ.

“Consumer’s budgets are stretched,” CEO Sean Connolly of Slim Jim-maker Conagra Brands told the WSJ. “It forces consumers to be very discerning about what they buy and to find the best overall value.”

VantageScore did not respond to a request for comment from the Daily Caller News Foundation.