The Biden administration is spending up to $300,000 in tax dollars to promote gay and transgender “social acceptance” in Botswana, according to a federal grant listing reviewed by the Daily Caller News Foundation.

The Department of State will award one U.S. organization or academic institution with the funds so they may “bolster LGBTQI+ community initiatives” and “build support networks and organizations” in the African country. The participants, which will travel to the country and spend up to 18 months there, will be tasked with promoting gay and transgender acceptance among “influential religious groups and traditional groups.”

Botswana, a country in southern Africa with a population of more than 2.3 million, decriminalized same-sex relationships in 2019 and upheld the law in 2021. The group awarded the State Department grant, which is through the U.S. Embassy in Botswana, will “inform” the country’s citizens about the “landmark” decision, according to the listing. (RELATED: Biden State Department Spending Up To $100,000 Flying In Africans To Teach Them How To Fight ‘Disinformation’)

“With the Biden Administration’s track record of wasteful, woke spending domestically, it shouldn’t surprise us that this Administration is using our taxpayer dollars to spread wokeness abroad too,” Republican Florida Rep. Greg Steube, who sits on the House Committee on Foreign Affairs, told the Daily Caller News Foundation.

“The grant’s language smacks of hostility towards certain religious groups, which is un-American,” said Steube. “It’s truly repulsing that the Biden Administration considers foreign LGBTQI+ initiatives necessary when we have so many pressing issues facing Americans here and abroad.” 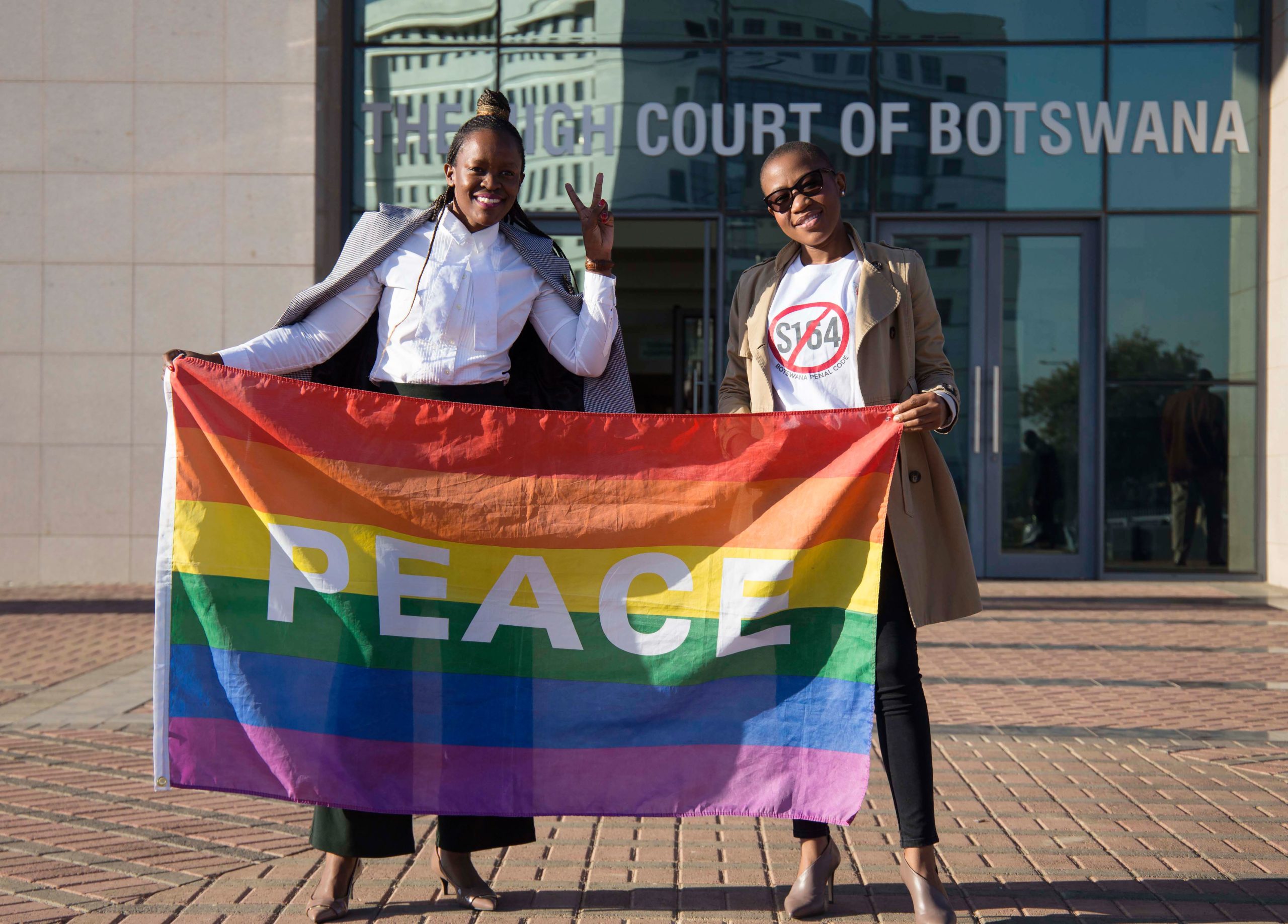 TOPSHOT – Activists pose with a rainbow flag as they celebrate outside Botswana High Court in Gaborone on June 11, 2019. – Botswana’s Court ruled on June 11 in favour of decriminalising homosexuality, handing down a landmark verdict greeted with joy by gay rights campaigners. (Photo by Tshekiso Tebalo / AFP) (Photo credit should read TSHEKISO TEBALO/AFP via Getty Images)

LGBTQI+, the acronym used by the State Department, is not defined in the 10-page government document. President Joe Biden issued an executive order in February directing all federal agencies “engaged abroad to ensure that United States diplomacy and foreign assistance promote and protect the human rights of LGBTQI+ persons.”

Former President Barack Obama issued an executive order in 2011 that similarly directed agencies “engaged abroad” to protect “LGBT” rights in other countries — but unlike Biden — the order did not make mention of supposed “queer” or “intersex-identifying” individuals.

The grant, which has an Aug. 21 deadline to apply to, aims to support an entity that advances a “national identity registration policy” and works to improve relations between law enforcement and gay and transgender Botswanans.

The entity that receives the funds is supposed to engage with the government, human rights advocacy groups, indigenous groups and others to “build the capacity of LGBTQI+ organizations.”

The Department of State did not respond to a request for comment, nor did the government of Botswana.