The executive order builds on the Biden administration’s efforts to protect abortion access in wake of the Supreme Court’s ruling. In June, the Supreme Court voted to overturn Roe v. Wade, the landmark decision that deemed abortion is protected under the U.S. Constitution. 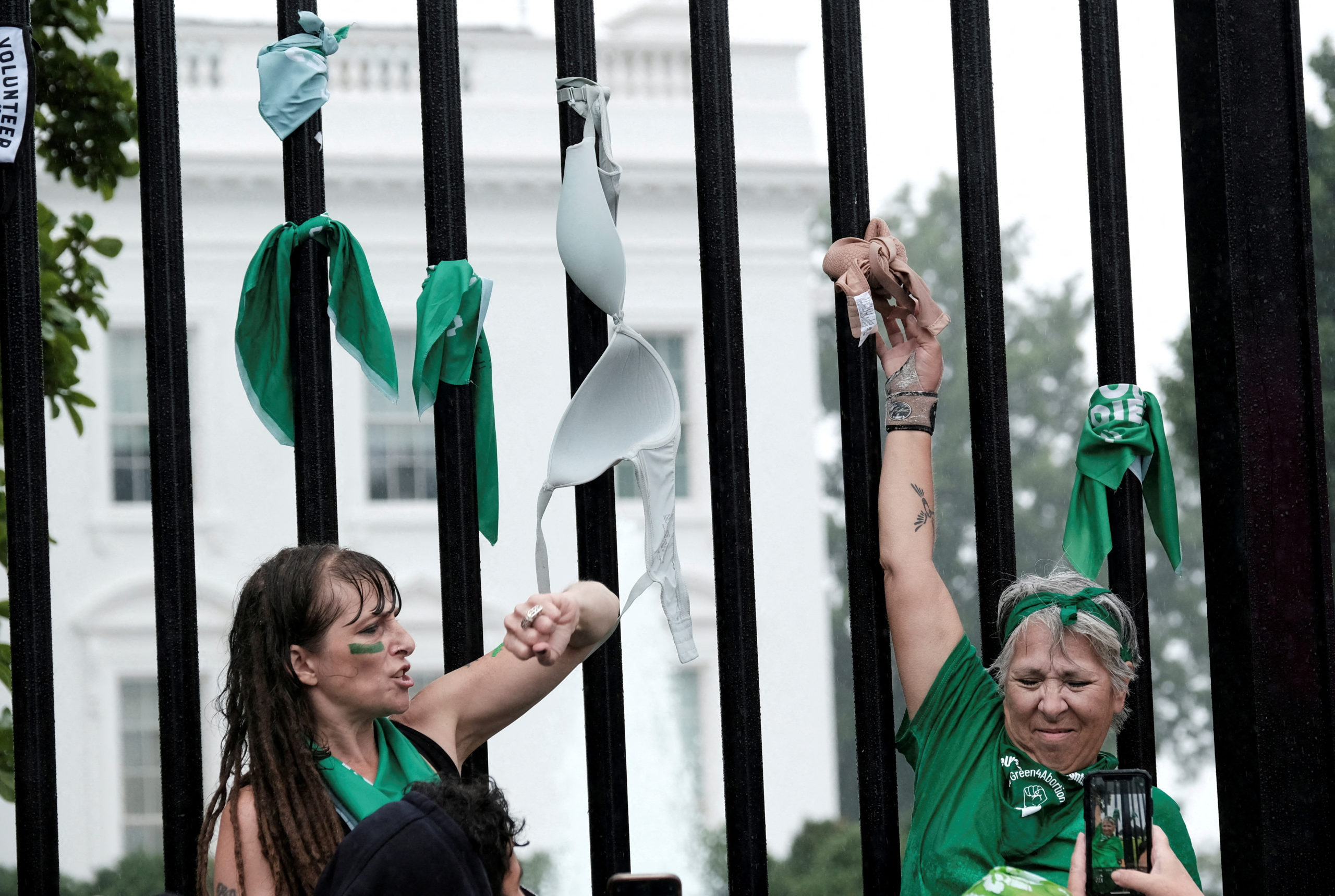 Women’s March activists put bras on the fence of the White House during a protest in the wake of the U.S. Supreme Court’s decision to overturn the landmark Roe v. Wade abortion decision, in Washington, D.C., U.S., July 9, 2022. REUTERS/Michael A. McCoy/File Photo

It remains unclear exactly what specific costs Medicaid could pay for in these cases. Medicaid is not supposed to pay for abortions themselves because of the Hyde Amendment. (RELATED: Biden Warns Of A ‘Mini Revolution’ If SCOTUS Overturns Roe)

On July 8, Biden signed his first executive order aimed at “protecting access to reproductive health.” That order was designed to build “on the actions his Administration has already taken to defend reproductive rights,” according to the White House.

While Wednesday’s action represents a stronger push from the Biden administration, the president has not yet declared a public health emergency. Some members of his party have pushed for him to do so, and the president said in July that it was being weighed as an option.

The latest order, called the “Executive Order on Securing Access to Reproductive and Other Healthcare Services,” also directs Becerra “to evaluate and improve research, data collection, and data analysis … on maternal health and other health outcomes,” according to the White House.

Biden plans to sign the order at the White House’s first interagency Task Force on Reproductive Healthcare Access meeting. The president will attend the meeting virtually, as he continues to test positive in a “rebound” COVID-positivity case.