A Virginia mother is preparing to call on Republican Virginia Gov. Glenn Youngkin and the Virginia Board of Education to remove her sons’ out-of-school suspensions from their permanent record as it threatens their higher education chances, Stephanie Lundquist-Arora told the Daily Caller News Foundation.

Lundquist-Arora’s three sons were suspended in January from Fairfax County Public School, in Fairfax, Virginia, for not wearing a mask which the school claimed was in violation of the school dress code, according to documents obtained by the DCNF. Lundquist-Arora has since filed a lawsuit against the school that was dismissed and then submitted two appeals to the school, one which was denied and the other that is pending, Lundquist-Arora told the DCNF. (RELATED: Oregon Library Asks For Chest Binder Donations For Gender Affirming Closet)

“I’m going to use all of the resources I have. I’m going to try to ask the Youngkin administration to help me out, maybe the Virginia Board of Education,” Linquist-Arora told the DCNF. “Legally, I’ll have to see what kind of legal avenues there are in order to have their records expunged. It’s just not fair.”

Youngkin issued an executive order in January that omitted students from the mask mandate if they had parental approval, however Lundquist-Arora’s three sons were suspended for not wearing a mask because it was a level-three infraction to the school dress code, documents obtained by the DCNF showed. Judge Louise DiMateo put the executive order on hold, requiring masks in schools again, but it was after Lundquist-Arora’s sons had been suspended. 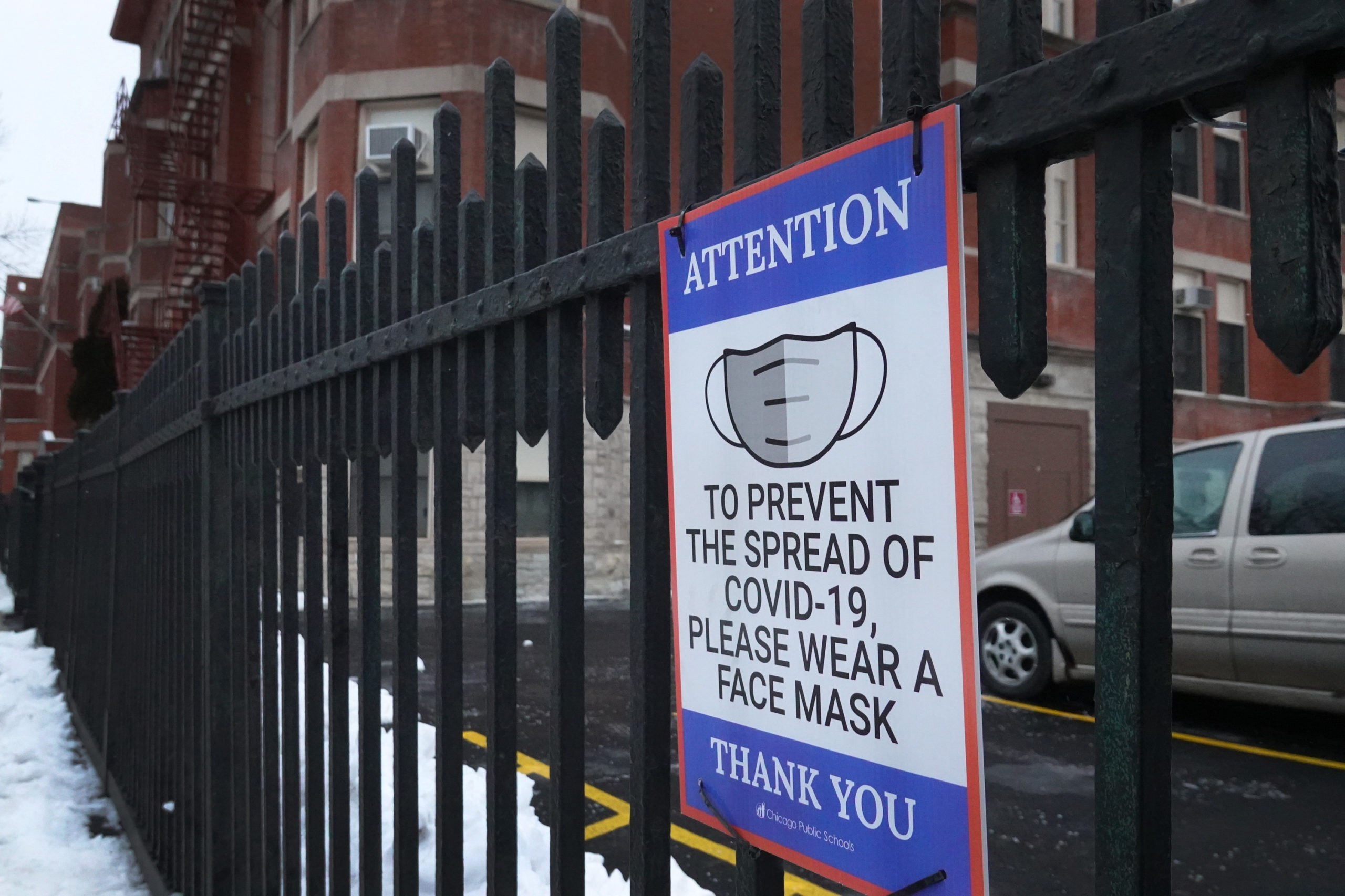 A sign on the fence outside of Lowell elementary school asks students, staff and visitors to wear a mask to prevent the spread of COVID-19 on January 05, 2022 in Chicago, Illinois. Classes at all of Chicago public schools have been canceled today by the school district after the teacher’s union voted to return to virtual learning, citing unsafe conditions in the schools as the Omicron variant of the coronavirus continues to spread. (Photo by Scott Olson/Getty Images)

Lundquist-Arora’s February lawsuit was dismissed, so she filed two appeals of the suspensions, one to Irving middle school and the other to Hunt Valley Elementary school, she told the DCNF. Irving Middle School Principal Cindy Conley denied the appeal leaving the suspension on her 11 and 13 year olds’ permanent transcript.

Lundquist-Arora’s oldest son is 13-years-old and next year plans to apply to the Thomas Jefferson High School For Science And Technology, a magnet charter school that focuses on math, science and technology, Lundquist-Arora told the DCNF. The suspension, she worries, will hurt his chances at furthering his education.

“I try to shield them from it a lot,” Lundquist-Arora told the DCNF. “They know that I’m upset about it, but I think they believe that I’m very committed to seeing the records expunged, and I think because they believe that I can do that, they don’t worry too much about it.  I am careful to not put the fear into their hearts like ‘oh, you might not get into college because of this.’ That’s not a conversation I’m gonna have with them yet.”

“Isn’t it crazy that his future academic pursuits can be affected by conscientious civil disobedience when he’s 12 years old over a piece of cloth on his face?” she said.

A teacher training titled “Supporting Gender-Expansive and Transgender Youth” at Fairfax County Public School was discovered in July and taught teachers to hide students’ changes in gender identity from their parents.

“The biggest problem is that the top administrators and school board members focus is not on academics, it’s on politics. And that’s the way that all of this is related,” Lundquist-Arora told the DCNF.

Fairfax County Public Schools and Conley did not immediately respond to the DCNF’s request for comment.