The Senate Democrats’ climate bill could set aside more than $2o billion to incentivize farmers to not grow crops in the interests of environmental conservation and preventing climate change, according to the bill’s text.

Farmers will be paid to implement agricultural conservation practices approved by the Biden administration to protect soil health and reduce carbon emissions, according to page 529 of the “Inflation Reduction Act.” Such measures could include plowing their soil less, implementing climate-friendly crop rotation techniques and planting cover crops that do not yield any food, according to The Associated Press. (RELATED: Dems’ New Spending Bill Imposes Methane Tax To Fund ‘Environmental Justice’ Programs)‘”

“It’s a provision that will encourage farmers to pursue practices that will be meaningless for the environment, but like the rest of the bill, costly for taxpayers,” Steve Goreham, executive director for the Climate Science Coalition of America, told the Daily Caller News Foundation. “In fact, there is no evidence that the passage of the bill will have the slightest effect on global temperatures.”

The plan will make over $20 billion available until Sept. 30, 2031, to diminish the climate impacts of farming through the expansion of current U.S. Department of Agriculture (USDA) programs that will push farmers to adopt more climate-conscious practices. Provisions in the bill also move to slash methane emissions from cows, fund climate research and cut greenhouse emissions produced by farms.

For example, the bill will fund the USDA to regulate the diets of cows to decrease the methane emissions they produce. The proposed regulations on the farming industry come amid growing concerns about a global food crisis, according to a World Bank press release in May.

Current U.S. farming methods make the nation by far the largest exporter of agricultural products in the world; such exports generated roughly $177 billion in 2021, according to USDA data. 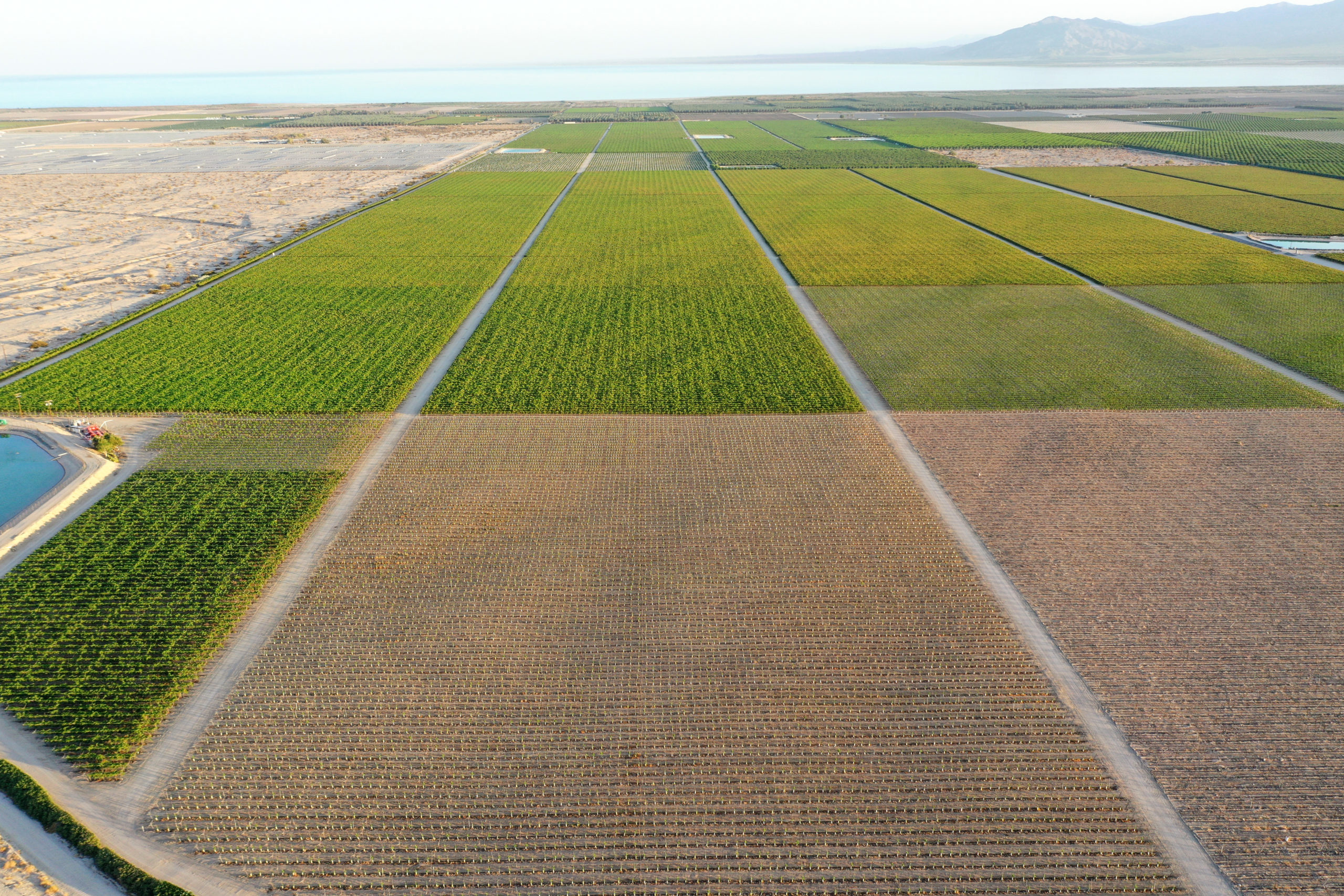 MECCA, CALIFORNIA – JULY 12: An aerial view of agricultural fields with the shrinking Salton Sea in the distance on July 12, 2022 near Mecca, California.

The funding to target greenhouse gas emissions in the bill is strongly supported by environmental activist groups like the Environmental Defense Fund, the AP reported.

The roughly $370 billion climate and tax provisions in the Democratic deal aim to get the nation closer to cutting its carbon emissions in half by 2030. Provisions in the bill also include tax credits for the purchase of electric vehicles as well as heavy investment in the green energy industry.

President Joe Biden praised the Democrats’ agreement on the bill as it will further his ambitious climate plan, a key policy agenda of his administration.

The USDA directed the DCNF to a statement from Secretary of Agriculture Tom Vilsack who echoed Biden’s sentiments, saying that the bill would reduce inflation and address climate change on July 28.