Donald Trump’s former Chief of Staff John Kelly was secretly “listening to all” the former president’s phone calls, according to an excerpt in first son-in-law Jared Kushner’s new book obtained by the New York Post.

Trump was informed by his incoming Chief of Staff Mick Mulvaney prior to a dinner at Vice President Mike Pence’s home on Dec. 28, 2018 that Kelly was eavesdropping on his calls, Kushner’s book, “Breaking History: A White House Memoir,” says, the Post reported. Kelly’s last day in the Trump administration was on Jan. 2.

After learning about Kelly allegedly listening to his calls, Trump issued an order drafted by Mulvaney to prohibit senior White House staff from doing so in the future, according to the Kushner book excerpt obtained by the Post. (RELATED: John Kelly Says He Would Vote To Invoke 25th Amendment To Remove Trump If He Were Still In Cabinet)

“Before we departed, Mulvaney and I met with the president to discuss his upcoming schedule,” said Kushner in his book, the Post reported. “Then Mulvaney handed Trump a document to sign.”

“This will end the practice Kelly started of listening to all of your phone calls,” Mulvaney allegedly told Trump, telling him “Kelly had given himself the ability to listen surreptitiously to the president’s calls,” according to Kushner. 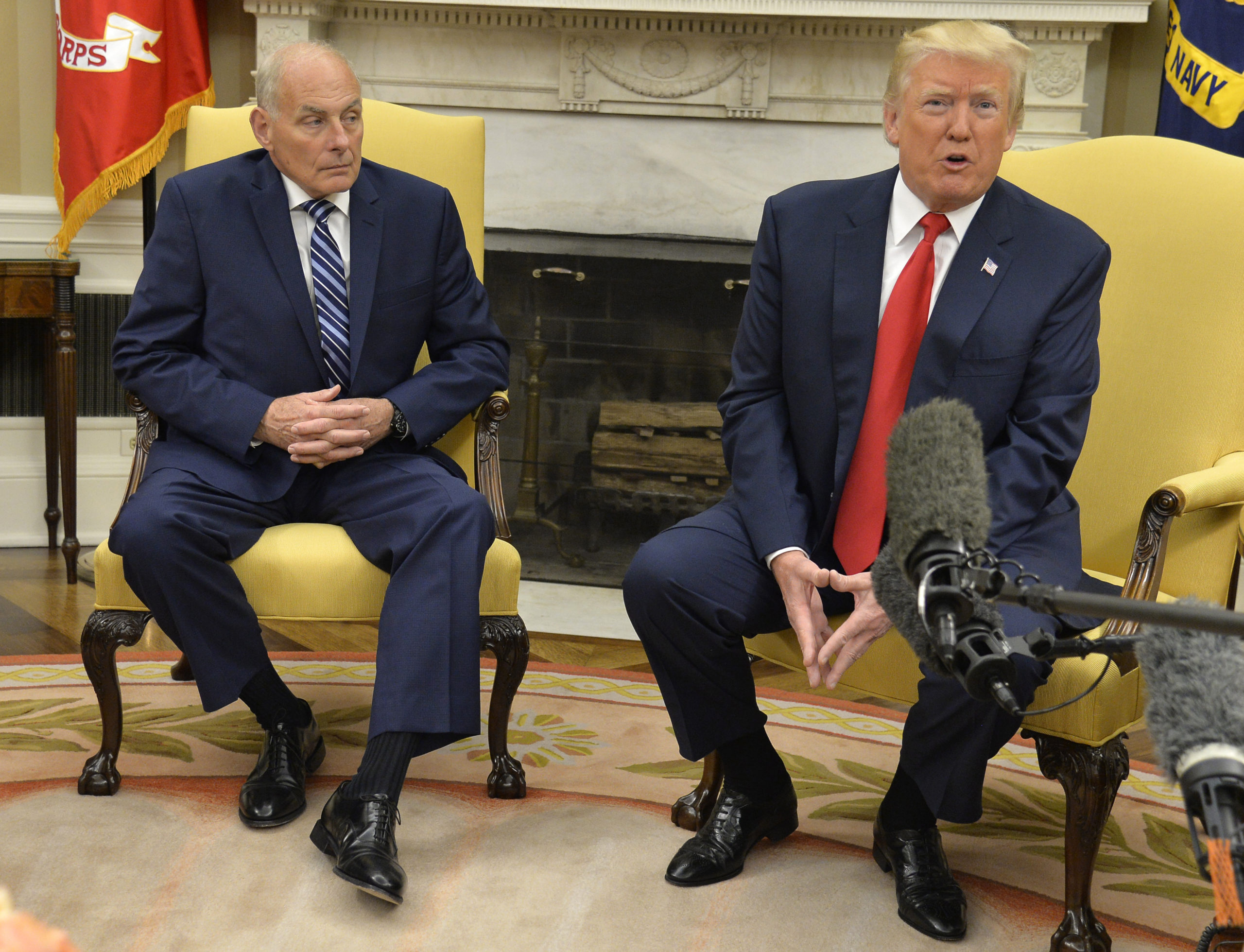 Trump was allegedly “stunned at the invasion of privacy,” according to Kushner, telling Mulvaney, “Kelly did what?”

One source familiar with Kushner’s eavesdropping allegation told the Post that it “was possible and was happening.” However, a former White House official told the outlet it is “crazy” to think Trump would be unaware of other people listening in on his phone calls from his landline.

Kelly, who replaced Reince Priebus as chief of staff in 2017, has openly feuded with the president since leaving his administration. Kushner has been critical of Kelly and also alleged in his book that the former chief of staff “shoved” his wife Ivanka Trump in “rage” after meeting in the Oval Office.

“When I terminated John Kelly, which I couldn’t do fast enough, he knew full well that he was way over his head,” said Trump in February 2020. “Being Chief of Staff just wasn’t for him. He came in with a bang, went out with a whimper.”