Maddow, who recently scaled back her nightly hosting position on MSNBC to now once-a-week, got her first paid position back in 2005 when she started appearing on “Tucker” as a panelist, according to Vanity Fair.

“The first show I worked on was his 11 o’clock show on MSNBC that nobody remembers,” Maddow told the outlet. “But he was always kicking around the business and has always been talented. It just – this turned out to be his moment.”

The pair have remained amicable, with Carlson speaking highly of Maddow in a 2019 New York Times Magazine profile, according to Vanity Fair. Maddow added that “it was really nice to see him” after she ran into him at an event, the outlet reported. 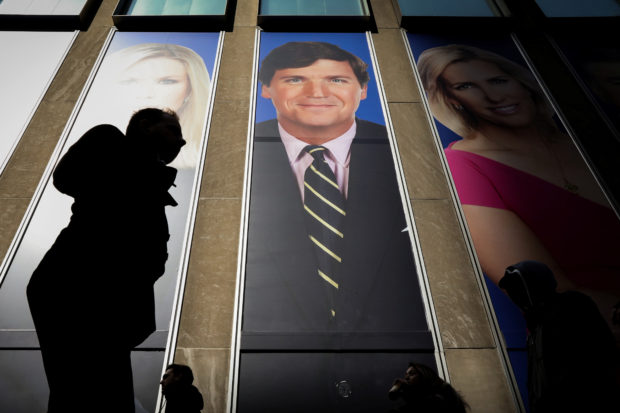 Maddow also told Vanity Fair that she views Carlson and other competitors the same way an athlete would view rivals. (RELATED: ‘He Is Not Faking It’: Rachel Maddow Defends Former Colleague Tucker Carlson)

“If you think about baseball players, who are extremely competitive and who are fighting to win and who have rivalries, and some of those rivalries are bitter rivalries, that doesn’t mean you don’t study the pitching technique of their star pitcher,” Maddow said. “It doesn’t mean you don’t appreciate whatever they’re doing in terms of, you know, where they put their shortstop in order to give them a better defense. There’s a sort of, like, respecting the game, in terms of people who are doing well and people who are good at it.”

Maddow has previously praised Carlson, telling Salon in 2013 that she wished Carlson “the best” as he prepared to leave MSNBC for “Fox & Friends.”

“Tucker and I agree on just about nothing, but he has always been kind to me, and a fun person to fight with. I wish him all the best.”