Democratic Nevada Rep. Steven Horsford, who has demanded wealthy people pay more in taxes, was fined after not paying thousands in property taxes on time in connection to his million dollar home, state records show.

Horsford said in an April press conference that the “current federal tax code is rigged for the wealthy against the worker,” noting, “It’s only fair that the wealthy pay their fair share.” However, Horsford did not pay more than $13,800 combined in taxes in a timely manner on his residence in Arlington, Virginia, owed during a two year period, according to public tax records reviewed by the Daily Caller News Foundation. (Democrats Plan To Shell Out Almost $80 Billion To Supersize The IRS)

Horsford, who as a member of Congress earns a salary of $174,000 per year and assumed office in 2019, was hit with over $2,500 in penalties, interest and fines between 2015 and 2016 for the late payments, records show. The home is valued at over $1.5 million and was purchased in September 2015, according to public records.

“First, when Mr. Horsford purchased this property, he was not in Congress,” a spokesman for Horsford told the DCNF. “Second, the property taxes were paid after a mortgage processing error was identified. Third, Congressman Horsford pays his taxes and continues to advocate for policies that level the playing field and will make sure the richest 1% pay theirs.”

Horsford’s office did not provide corresponding documents verifying whether or not there was a mortgage processing error. The Arlington County Treasurer’s office confirmed to the DCNF the taxes were paid late.

The congressman paid a first installment on his 2016 taxes roughly four months late, on Oct. 18, 2016, according to the treasurers office. He then paid a second installment on Nov. 1, 2016, roughly one month late. 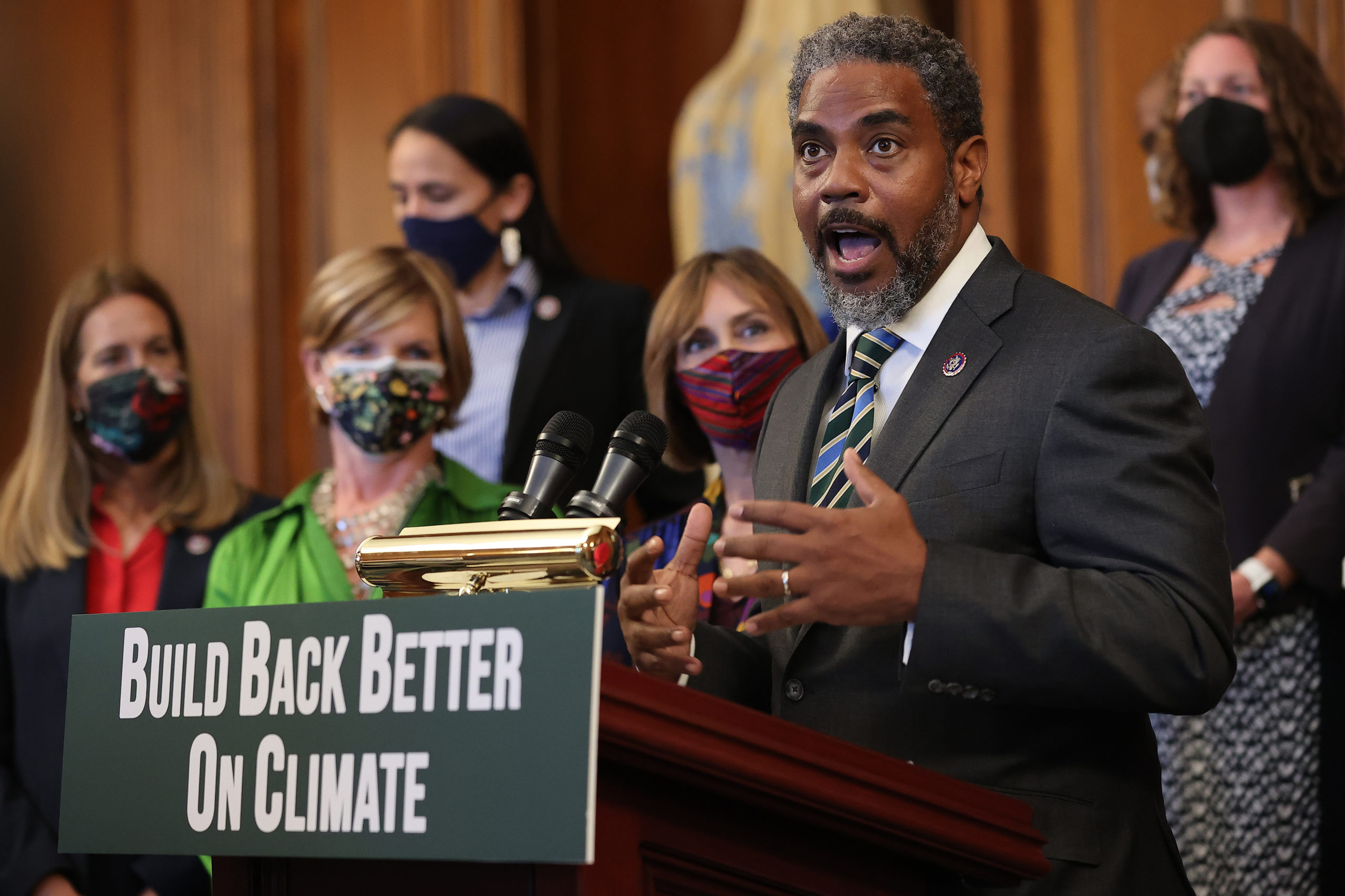 WASHINGTON, DC – SEPTEMBER 28: Rep. Steven Horsford (D-NV) speaks during an event with House Democrats and other climate activists to highlight the aspects of the Build Back Better Act that focus on combating climate change in the Rayburn Room at the U.S. Capitol on September 28, 2021 in Washington, DC. The Build Back Better Act, also known as the $3.5 trillion budget reconciliation bill, includes funding for public transit, electric vehicles, removal of lead plumbing pipes, the creation of a Civilian Climate Corps and other efforts to reduce climate change. (Photo by Chip Somodevilla/Getty Images)

Horsford notably voted in favor of the Democrat-led Build Back Better Act in November 2021, which did not pass and would have raised taxes for Americans of all income levels, according to an analysis by the nonpartisan Congressional Joint Committee on Taxation.

Horsford has also supported the Democrat-led $740 billion “Inflation Reduction Act” spending package — which cleared the Senate Sunday and heads to the House for a vote after recess ends on Aug. 12.

“While ordinary Nevadans have faced economic hardship due to the pandemic, billionaires have profited tremendously,” Horsford also said in April. “We must ensure the wealthiest pay their fair share and bring benefits for all Nevadans.”