“Given the political context, and the highly unusual action of executing a search warrant at the residence of a former President and likely future political opponent, it is essential that the public understands as soon as possible the basis for the government’s action,” states the motion, which was filed by Judicial Watch in the U.S. District Court for the Southern District of Florida.

“Any government interest in securing the identities of witnesses and confidential sources, if any, may be addressed by appropriate redactions from the search warrant affidavit,” according to the motion. (RELATED: Trump Alleges FBI Blocked Lawyers From Watching Raid, Says He Hopes FBI Wasn’t Planting Evidence)

FBI agents executed the warrant on Trump’s residence in connection to an ongoing U.S. Department of Justice (DOJ) investigation about 15 boxes of records and other items the former president allegedly took from the White House. The Presidential Records Act was signed in 1978 and requires records related to the oval office to be preserved and kept by the National Archives and Record Administration.

Trump called the search a “weaponization of the Justice System, and an attack by Radical Left Democrats who desperately don’t want me to run for President in 2024” on Monday. A Florida attorney who works for Trump told CBS News that she and another attorney were not allowed to enter Trump’s home during the warrant execution.

FBI agents spent roughly eight hours at the property, said the lawyer, according to CBS News. The Bureau declined to comment on the matter.

“Generally speaking, search warrants are sealed and not available to the public,” an unnamed spokesperson for the U.S. District Court for the Southern District of Florida told the Daily Caller News Foundation. 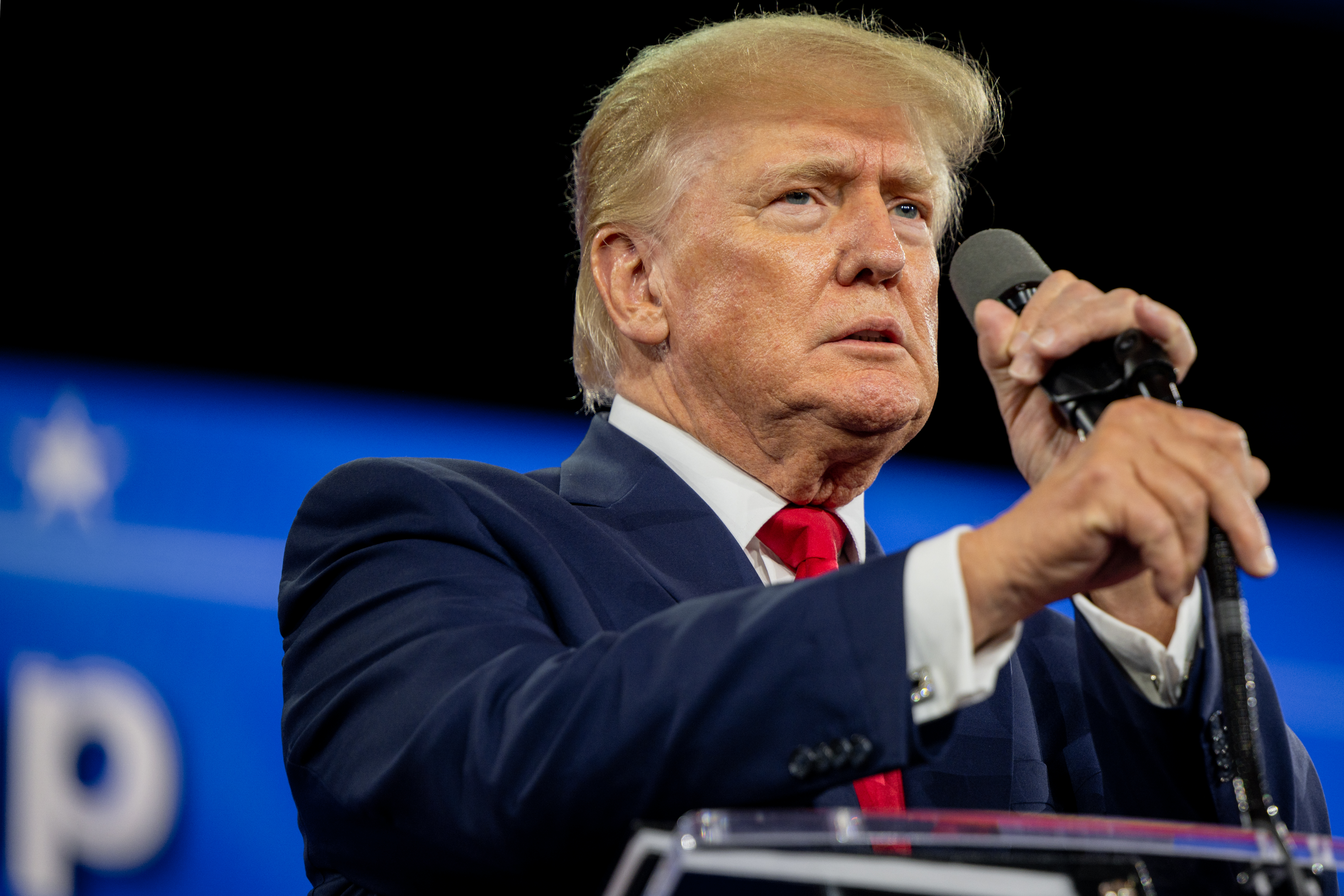 DALLAS, TEXAS – AUGUST 06: Former U.S. President Donald Trump speaks at the Conservative Political Action Conference (CPAC) at the Hilton Anatole on August 06, 2022 in Dallas, Texas. CPAC began in 1974, and is a conference that brings together and hosts conservative organizations, activists, and world leaders in discussing current events and future political agendas. (Photo by Brandon Bell/Getty Images)

“The Biden administration’s raid on President Trump’s home is an outrageous, reckless and unprecedented abuse of power. And the American people have an urgent right to know how it happened and who is responsible,” said Judicial Watch President Tom Fitton.

The White House has so far denied that it had any prior knowledge of the executed warrant on Trump’s residence. Two former FBI agents told the DCNF Tuesday it is likely the White House would in fact be briefed on a matter of this magnitude.

“So an event like yesterday’s is orchestrated, and particularly because it’s done against the former president,” said ex-FBI Agent Robert Chacon, who specialized in criminal, counterterrorism and forensic matters. “It’s orchestrated at the highest levels.”

A spokesman for Trump did not immediately respond to a request for comment.