Federal Bureau of Investigation (FBI) director Christopher Wray is running the agency at a time when even J. Edgar Hoover would blush at the FBI’s brash anti-American tactics.

Hoover’s FBI infamously spied on Americans and gathered intelligence on high-ranking officials like sitting U.S. presidents. But Hoover never raided the home of former President Richard Nixon after his involvement in the 1972 break-in of the Democratic National Committee (DNC) headquarters located in the Watergate Office Building. 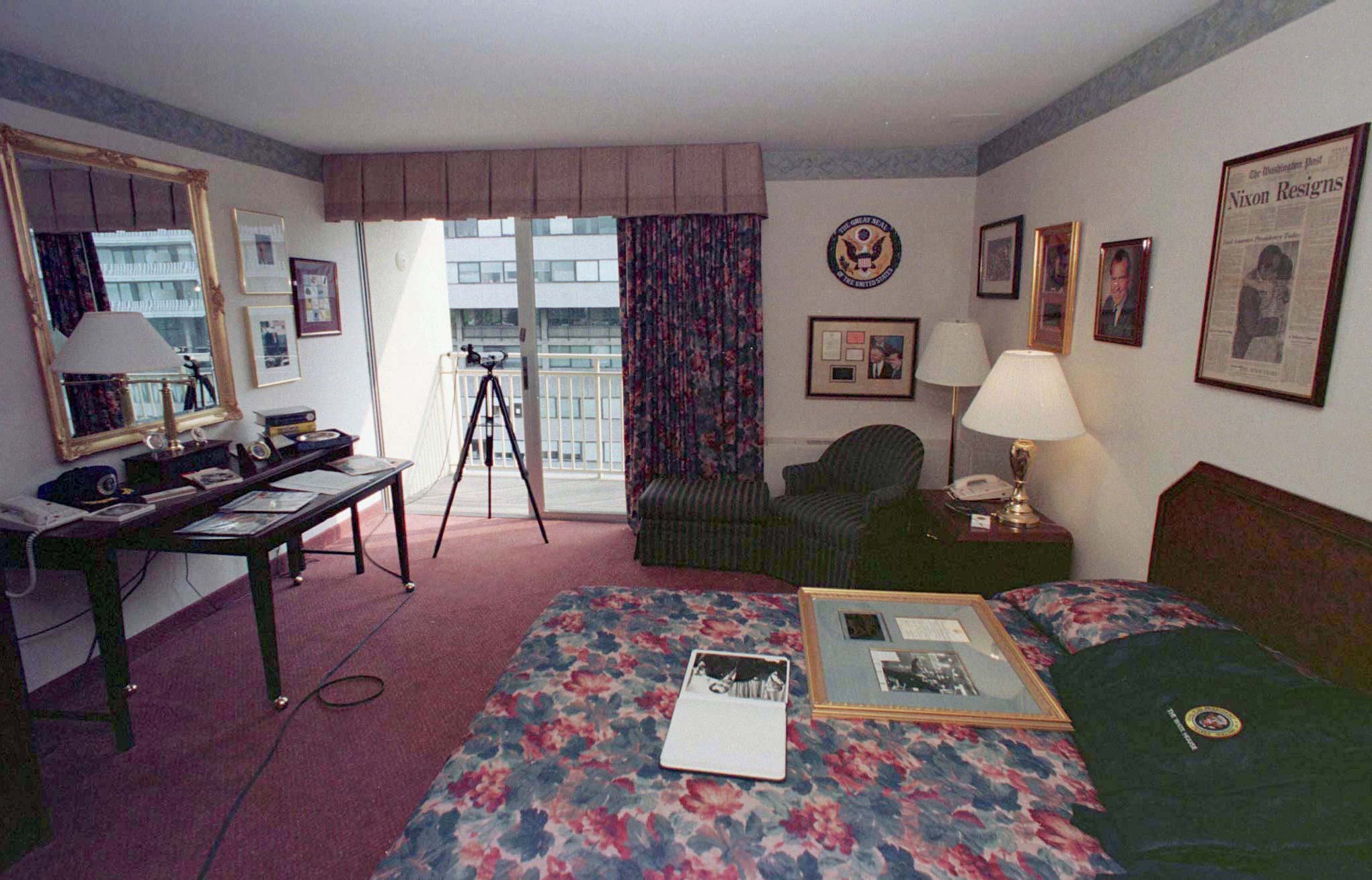 View of the room from where five man spied on the Democratic Party headquarters across the street in 1972, in the Watergate hotel in Washington on June 17. [The scandal which toppled Richard M. Nixon from the presidency, was uncovered 25 years ago].

Republicans, like Kentucky Rep. Thomas Massie, quickly defended Trump, tweeting that the FBI search at Mar-a-Lago broke hysterical norms causing America’s good moral standing to drop — even compared to countries with “banana republics.”  He said the U.S. looks “beneath them” and is “in a race to the bottom.”

“The Biden administration has crossed a line,” Massie tweeted. “We can’t wait 2 more years to correct it. After the 2022 elections, Congress must use the power of the purse to rein in the DOJ and FBI. Any Republican who tells you that’s not possible is too addicted to big government to fix this.”

The Biden administration has crossed a line. We can’t wait 2 more years to correct it. After the 2022 elections, Congress must use the power of the purse to rein in the DOJ and FBI. Any Republican who tells you that’s not possible is too addicted to big government to fix this.

“I was the chairman of the Oversight Committee. I did issue subpoenas on Hillary Clinton, who, at the time, she had no security clearance, none. And there were thousands of documents in her safe at her attorney. They had no security clearance,” former Republican Utah Rep. Chaffetz told Jesse Watters. “And you know what? Nobody was prosecuted. Nobody was raided. Nobody went in there in the dead of night. None of the media was given this. That media by and large didn’t even report it.”

The U.S. State Department’s investigation into Clinton’s use of a private email server at her New York residence to exchange more than 60,000 emails found almost 600 security violations. Then-FBI director James Comey chose not to prosecute Clinton despite clear evidence that she illegally stored classified information on the servers. 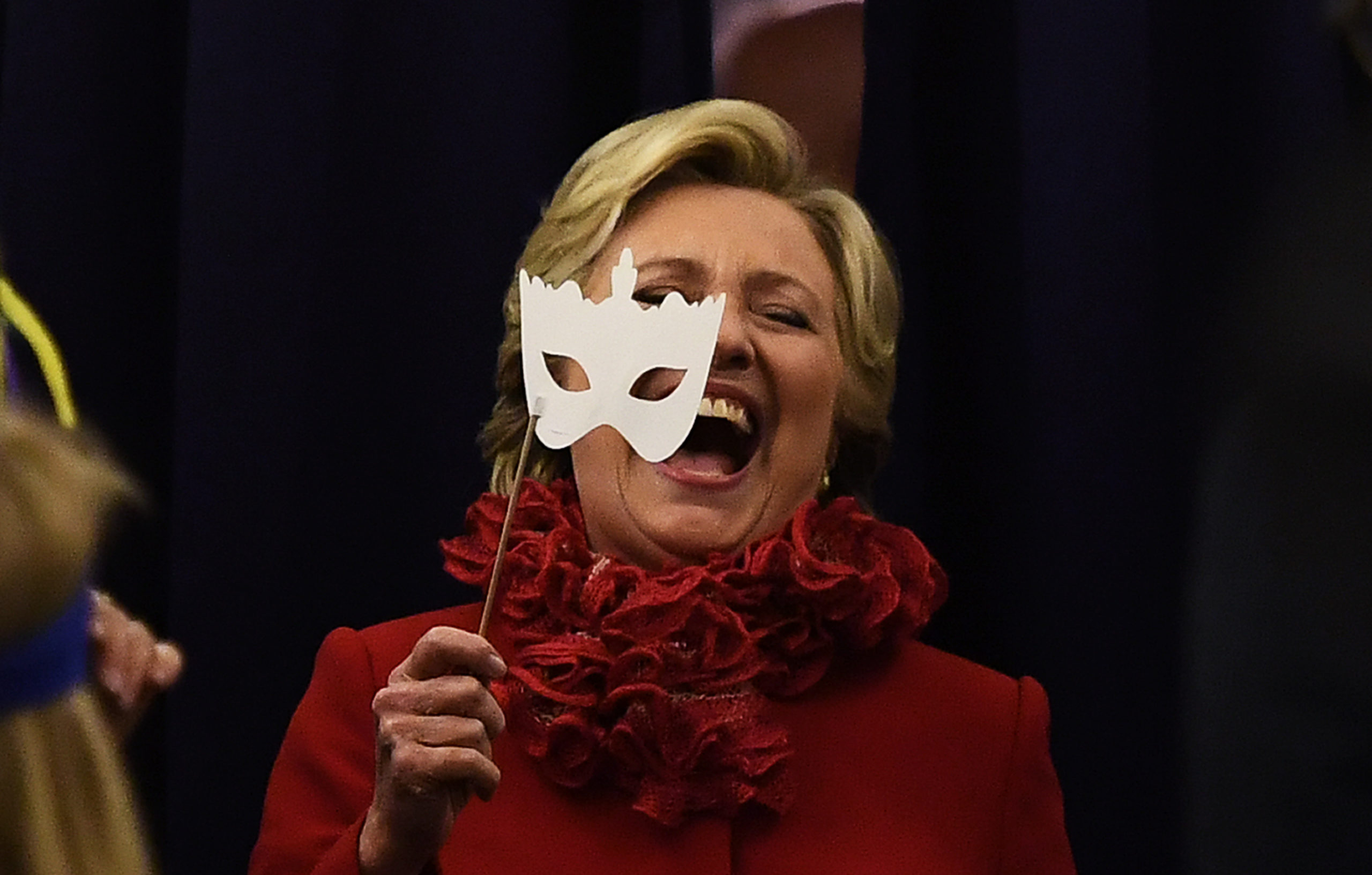 It’s not just Clinton’s emails that seemingly received a total pass from the raiding branch of the FBI and DOJ. The FBI helped push the narrative that Hunter Biden’s laptop was Russian disinformation. (RELATED: ‘Their Next Move Will Be Assassination,’ Former NYPD Commissioner Alleges After FBI Raids Trump’s Mar-A-Lago Home)

Republican Iowa Sen. Chuck Grassley demanded that Wray and Attorney General Merrick Garland answer for the “systemic and existential problems within [their] agencies” after “highly credible” whistleblowers reported political partisanship within the FBI and DOJ to his office.

Grassley accused the FBI of quickly closing investigations into political allies while applying a double standard for people who fall on the other side of the political aisle. The whistleblowers said that “verifiable derogatory information on Hunter Biden was falsely labeled as disinformation” by the FBI to prevent proper investigations, Grassley noted.

“If these allegations are true and accurate, the Justice Department and FBI are — and have been — institutionally corrupted to their very core to the point in which the United States Congress and the American people will have no confidence in the equal application of the law,” Grassley wrote. “This double standard in the application of Justice Department and FBI policies has resulted in investigations opened in a manner appearing to benefit the political aims and objectives of a select few.”

The Daily Caller News Foundation authenticated a copy of the laptop’s hard drive in 2020, which showed Hunter Biden potentially used his father’s position as vice president to leverage financial gains in Russia and China.

The Bureau of Alcohol, Tobacco, Firearms, and Explosives (ATF) Operation Fast and Furious, under the Obama Administration, resulted in the death of Border Patrol Agent Brian Terry in 2011 and gave American guns to the Mexican cartels. Although the U.S. Congress held then-Attorney General Eric Holder in contempt of Congress for repeatedly lying about the operation under oath, no one from the Obama Administration or an agency involved has been held accountable. 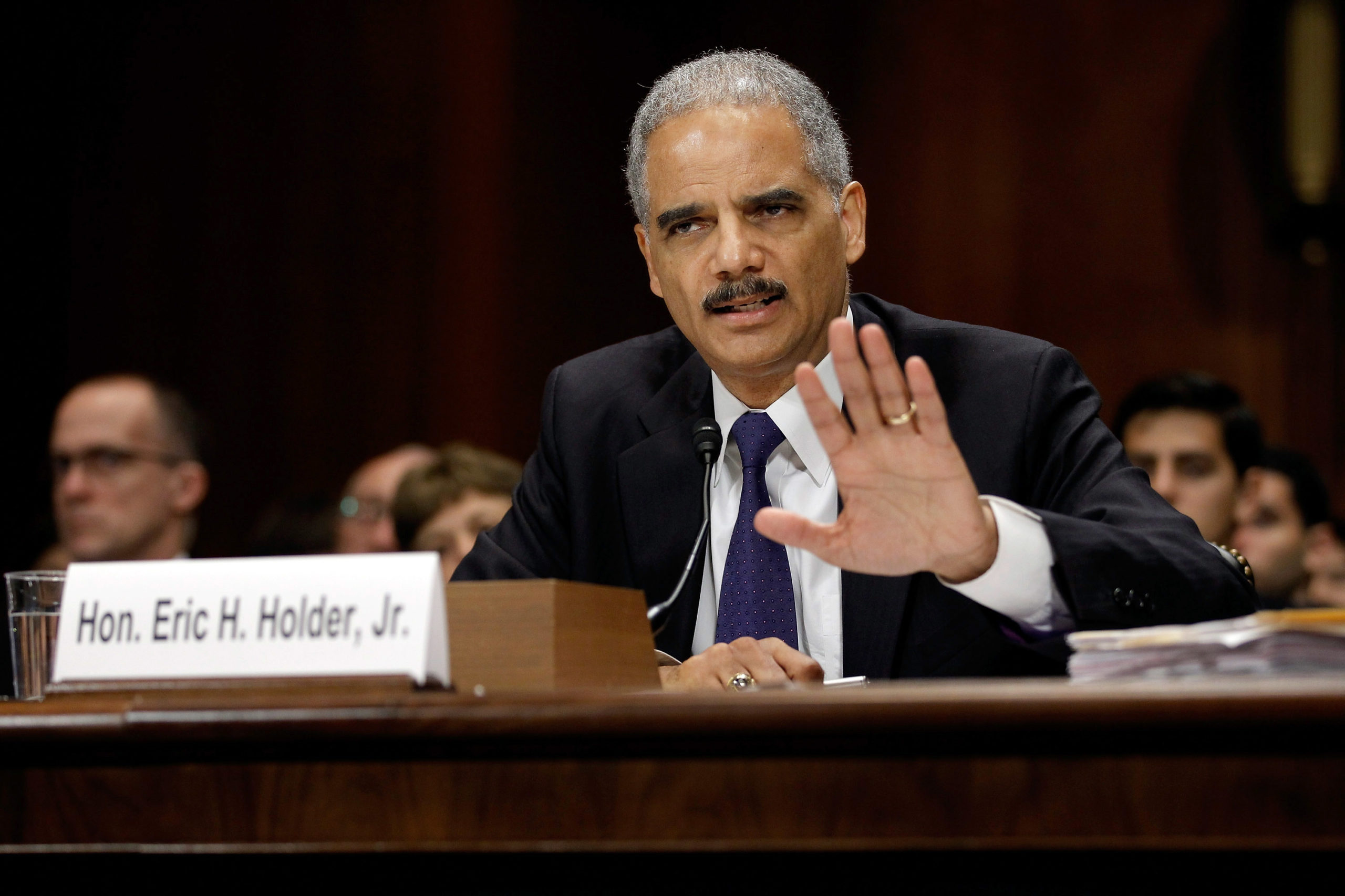 Weiner said that after Hoover secured “maybe 1 in 10” convictions for deportable offenses among the 6,000 people the FBI saw as “communists” or “subversives” in the 1920 Red Raids, Hoover decided to work outside the law when investigating suspects.

“It left a lifelong imprint on Hoover,” Weiner told NPR. “If he was going to attack the enemies of the United States, better that it be done in secret and not under [the] law. Because to convict people in court, you have to [reveal] your evidence, [but] when you’re doing secret intelligence operations, you just have to sabotage and subvert them and steal their secrets – you don’t have to produce evidence capable of discovery by the other side. That could embarrass you or get the case thrown out – because you had gone outside the law to enforce the law.” 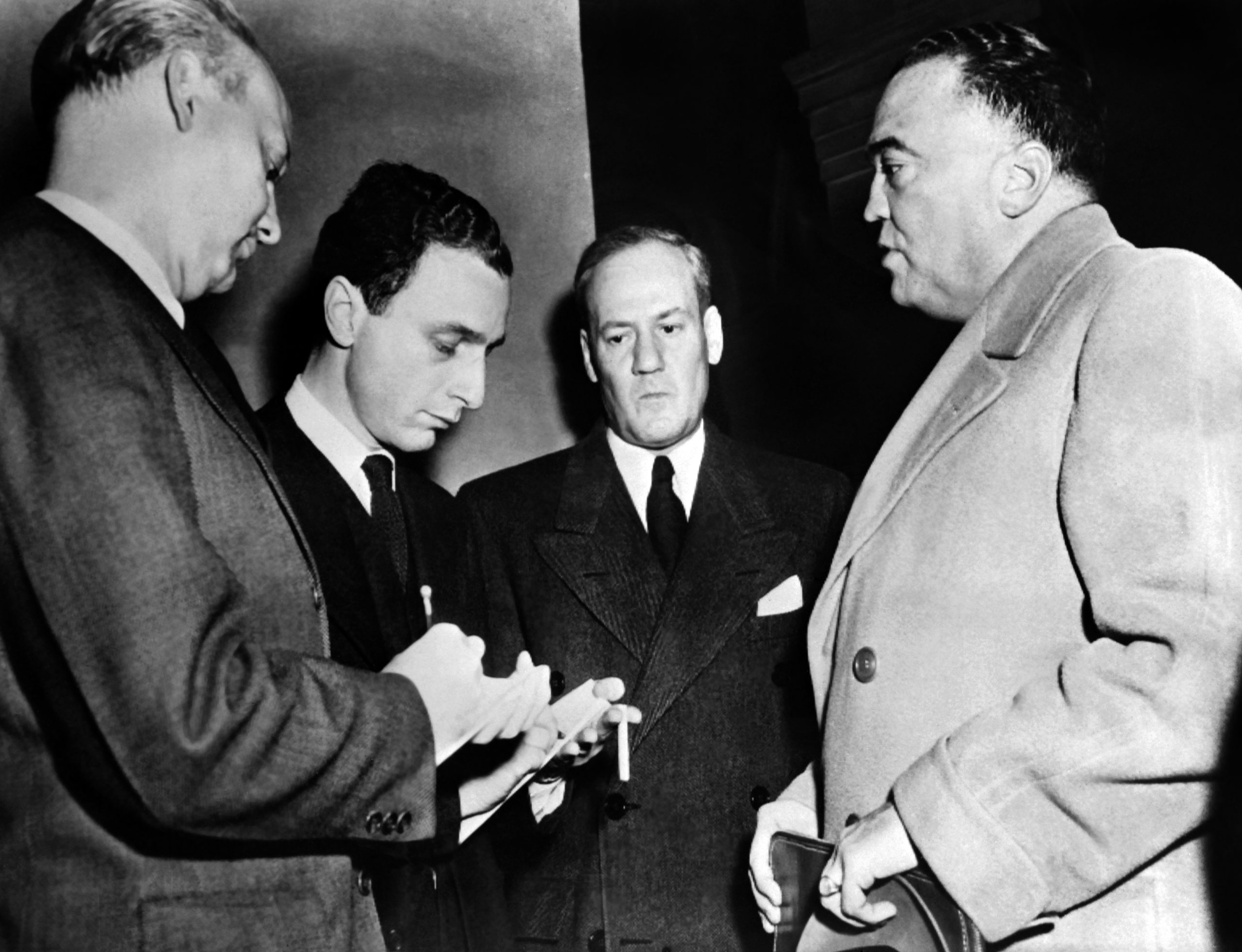 Picture released on February 6, 1950 in Washington of John Edgar Hoover, Director of the Federal Bureau of Investigation (FBI) of the United States, answering journalists after Klaus Fuchs’s arrest. (Photo credit should read -/AFP via Getty Images)

Polling conducted by the Trafalgar group after the FBI raid showed that 47.9% of Americans believe that “Trump’s political enemies” are behind the investigation, while 39.7% credit the “impartial justice system.”

Under 12% of Democrats blame partisan politics for the attacks against Trump, compared to 53.9% of Independents and 76.7% of Republican voters see this as evidence that Trump’s political enemies are using their power to prosecute him unjustly, the poll showed.