Members of the House Freedom Caucus are calling on their Republican colleagues to oppose the Inflation Reduction Act through “all means available,” the group told the Daily Caller.

The Inflation Reduction Act passed the Senate in a party-line vote on Sunday after more than 15 hours of debate and a lengthy amendment process. The bill allocates $740 billion toward green energy subsidies and tax credits, Internal Revenue Service (IRS) funding, and Affordable Care Act subsidies, among other programs. Despite its name, the legislation is expected to have a minimal impact on inflation. (RELATED: Sen. Kyrsten Sinema Gets On Board For Democratic Spending Bill)

The House of Representatives is scheduled to vote on the Inflation Reduction Act on Friday. It is similarly expected to pass along party lines in the lower chamber. 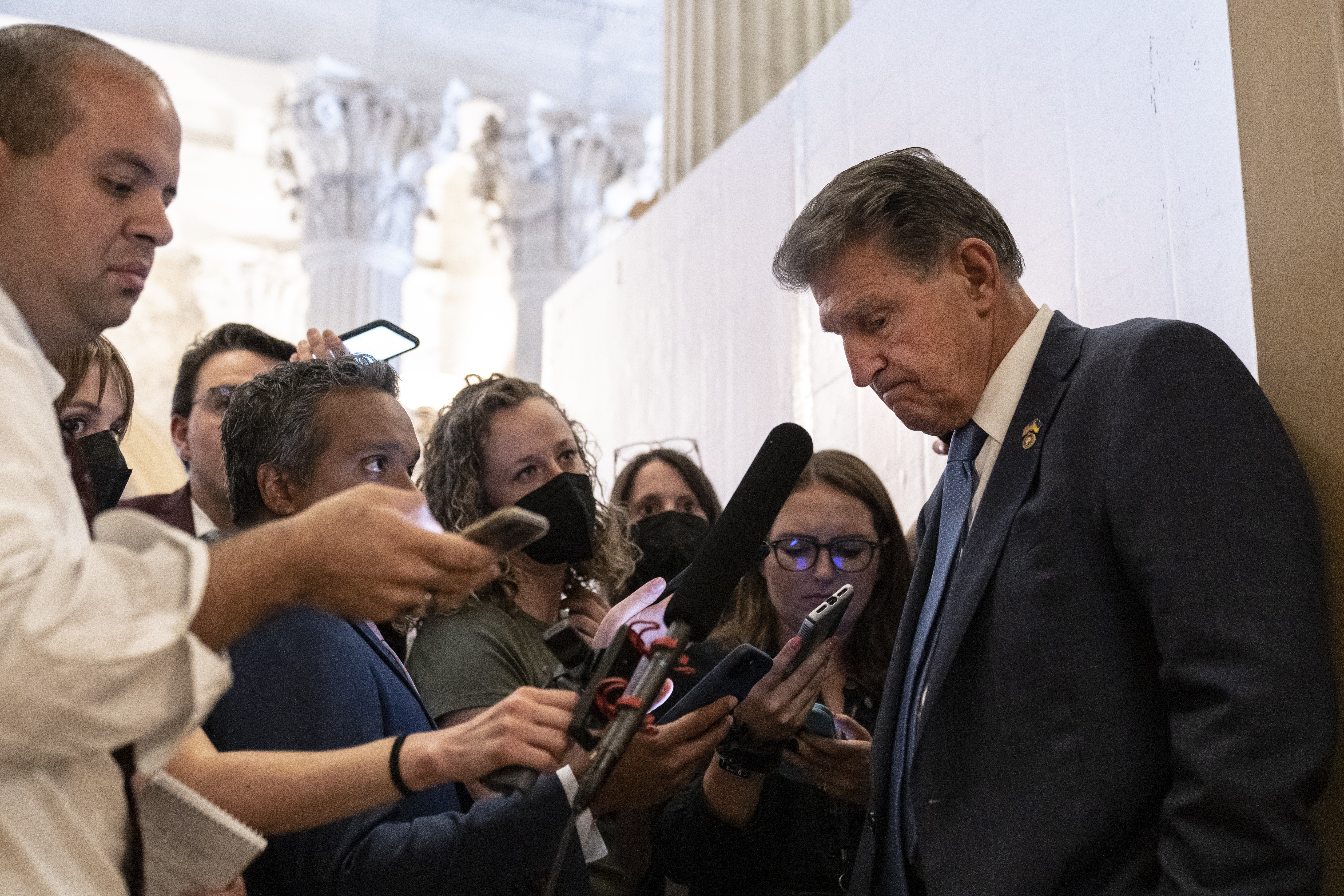 WASHINGTON, DC – AUGUST 7: Sen. Joe Manchin (D-WV) talks to reporters during amendment votes, also called the “vote-a-rama”, on the Inflation Reduct Act at the U.S. Capitol August 7, 2022 in Washington, DC. The Senate worked overnight Saturday into Sunday as they move toward a final vote on the Senate budget reconciliation deal, which Senate Democrats have named The Inflation Reduction Act of 2022. (Photo by Drew Angerer/Getty Images)

“The House Freedom Caucus Board has urged Republican Leadership to deny Speaker Pelosi a lawful quorum in the House of Representatives to pass this monstrosity. Unfortunately, Leadership has refused, thereby precluding a renewed, strengthened lawsuit against the unconstitutional practice of proxy voting and making it likely this bill becomes law unchallenged in the courts. If enacted, HFC Members commit to repealing the toxic and radical provisions of the so-called ‘Inflation Reduction Act’ in the next Republican Majority, and urge Republican Leadership to do likewise,” the group of more than 30 House Republicans said in a statement.

More than 170 members of the House currently have open proxy letters filed with the chamber’s clerk. The letters allow those lawmakers to assign colleagues to vote for them. Republicans lost a lawsuit in early 2022 requesting that the Supreme Court rule the procedure unconstitutional.

“The so-called ‘Inflation Reduction Act’ is a disastrous bill that will further exacerbate the already devastating burden of inflation, which surged 8.5% in July, with yet more out-of-control spending – on top of a foolhardy tax increase even as America falls into a recession,” the group added.

Republicans have expressed particular concern about the more than $80 billion in new funding for the IRS. Although Democrats claim the increased funding will lead to new federal revenue, allowing Congress to pay down the federal debt, GOP officials argue that middle-class and poorer Americans will face more audits. The funding will allow the agency to hire up to 87,000 new employees.