A Florida school district has placed warning labels for parents on more than 100 books containing LGBTQ and raced-based content, according to Fox News.

“This Advisory Notice shall serve to inform you that this book has been identified by some community members as unsuitable for students. This book will also be identified in the Destiny system with the same notation. The decision whether this book is suitable or unsuitable shall be the decision of the parent(s) who has the right to oversee his/her child’s education consistent with state law,” the label states, according to Fox News.

“To ensure that parents retain control over what their child is reading from the media center collection, we provide parents directions for accessing the online system in order to view books checked out by their child(ren),” Collier County public schools told the Daily Caller News Foundation in a statement. “As noted above, we have developed procedures to allow parents and community members to object to media center books.” 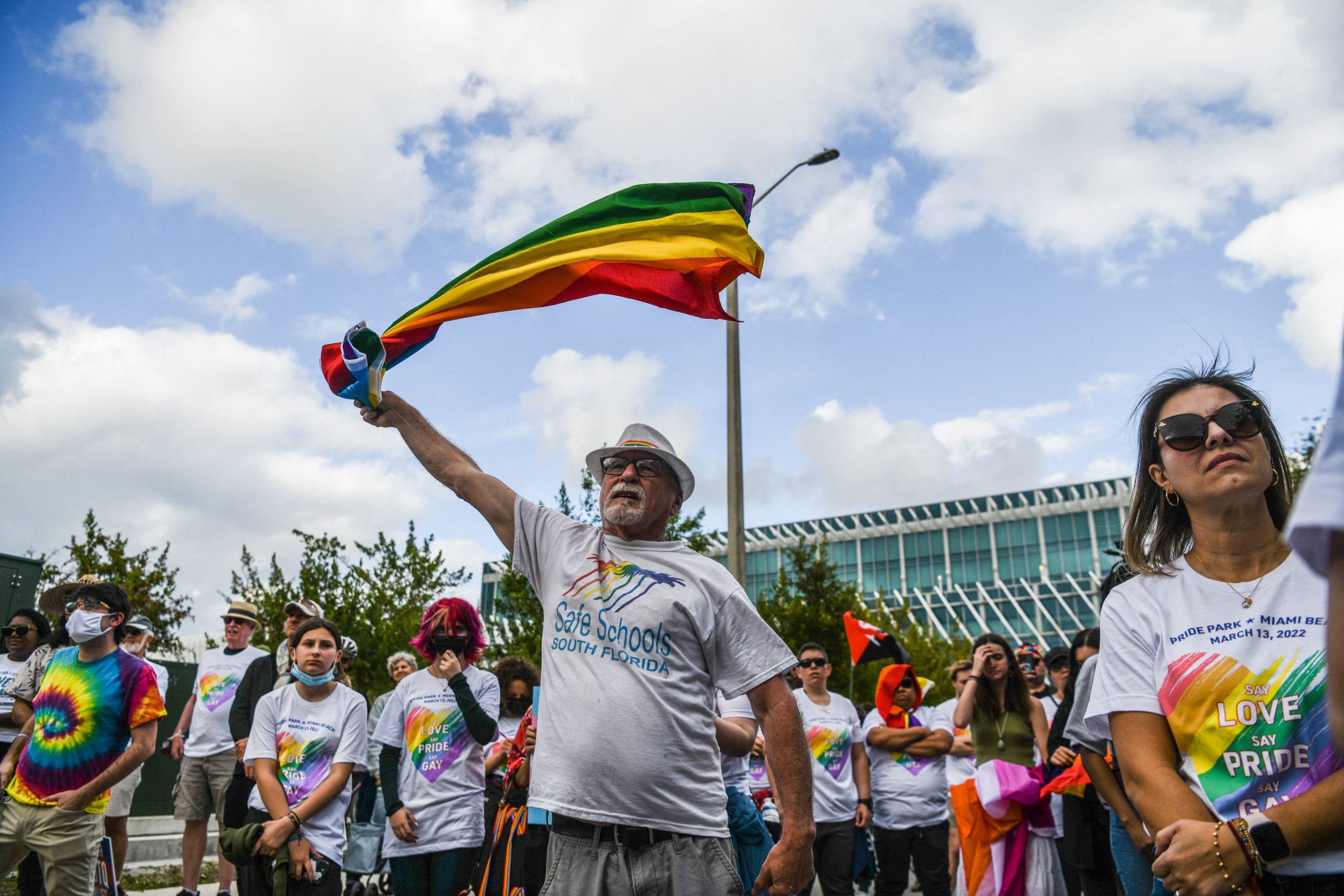 Members and supporters of the LGBTQ community attend the “Say Gay Anyway” rally in Miami Beach, Florida on March 13, 2022. – Florida’s state senate on March 8 passed a controversial bill banning lessons on sexual orientation and gender identity in elementary schools, a step that critics complain will hurt the LGBTQ community. Opposition Democrats and LGBTQ rights activists have lobbied against what they call the “Don’t Say Gay” law, which will affect kids in kindergarten through third grade, when they are eight or nine years old. (Photo by CHANDAN KHANNA / AFP) (Photo by CHANDAN KHANNA/AFP via Getty Images)

The report lists “LGBTQ-focused novels” with “gender self-identification and same-sex marriage” which were allegedly aimed at students from twelve months to eight-years-old. The books in question “contain indecent and offensive material.”

Florida Republican Gov. Ron DeSantis signed the Parental Rights In Education bill into law in March 2022 which prohibits lessons on gender identity and sexual orientation in from classrooms kindergarten to third grade. Critics have deemed the legislation the “Don’t Say Gay” bill.

Florida Citizens Alliance did not immediately respond to the DCNF’s request for comment.