U.S. Secretary of the Treasury Janet Yellen claimed that the Internal Revenue Service’s (IRS) expanded auditing power would only target the wealthy in a Thursday letter to the agency, outlining the ways the Biden administration intends to use funding provided by the Inflation Reduction Act.

Yellen directed that the IRS will not use its new resources to “increase the share” of audits conducted on small businesses and households making less than $400,000, “relative to historical levels,” in a letter to IRS Commissioner Charles Rettig. Yellen instead directs the focus of the IRS to “high-end noncompliance.” (RELATED: Harvard University Denied Tax Cut After Lobbying To Senate Democrats)

“This is challenging work that requires a team of sophisticated revenue agents in place to spend thousands of hours poring over complicated returns, and it is also work that has huge revenue potential,” Yellen wrote. “Indeed, an additional hour auditing someone making more than $5 million annually generates an estimated $4,500 of additional taxes collected. This is essential work that I know the IRS is eager to undertake.”

The Inflation Reduction Act earmarks $79 billion for the IRS over the next decade, with $30 billion representing enforcement, $3 billion for taxpayer service, and more than $39 billion going towards enforcement, The Wall Street Journal reported. As of 2021 the annual rate of taxes owed but not collected was over $1 trillion, Rettig told the Senate Finance Committee, the WSJ reported.

Additionally, Yellen mandated that the IRS upgrade its technology, which she described as “decades out-of-date,” and its taxpayer service so that the IRS can communicate more efficiently with taxpayers, according to the press release.

Yellen concluded her letter by claiming the new resources would allow the IRS to”create a fairer system” and “raise substantial revenue.” Yellen claimed that new resources would prevent high-earners from avoiding taxes, while providing resources to all taxpayers to ensure they receive high quality service from the IRS, according to the press release. 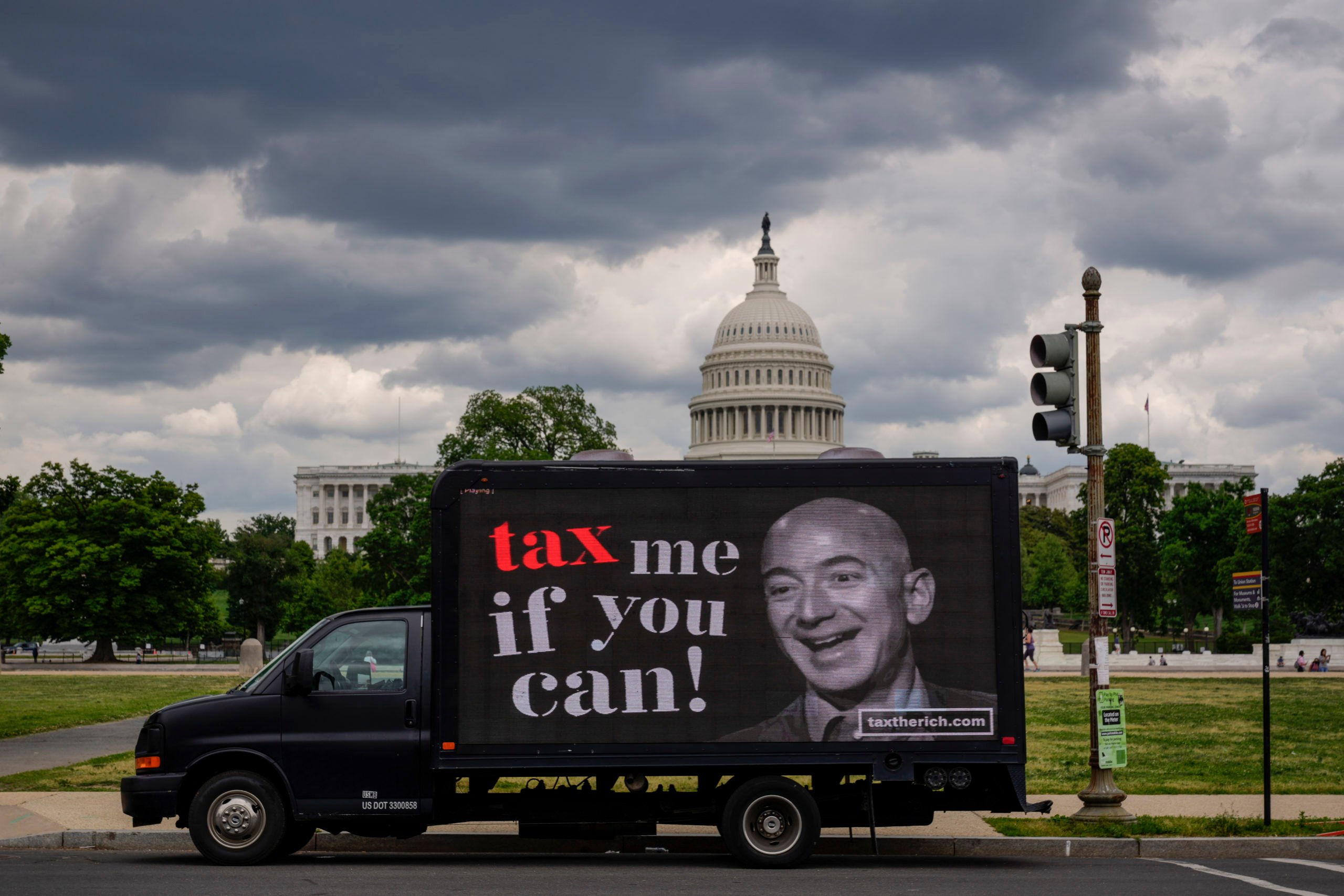 A mobile billboard calling for higher taxes on the ultra-wealthy depicts an image of billionaire businessman Jeff Bezos near the U.S. Capitol on May 17. (Drew Angerer/Getty Images)

More than half of the IRS’s 78,000 employees are eligible for retirement, and will likely leave the IRS within five years, according to TIME. Additionally, the IRS processes tax returns on an approximately 60-year-old piece of software known as COBOL, for which the agency struggles to find experienced workers, TIME reports.

Between retirees and other reasons workers might leave the agency, the IRS would net between 20,000 to 30,000 new employees, according to TIME. The agency had approximately 100,000 members in 2013, but has fallen since then, with the agency having approximately 20% less funding today than it did in 2010.

The IRS is expected to focus its enforcement efforts on businesses run as partnerships, capital gains, the sale of high-value collectibles, cryptocurrencies, gifts and estates, according to tax specialists surveyed by the WSJ.

The Treasury Department did not immediately respond to a Daily Caller News Foundation’s request for comment.