Gov. Gretchen Whitmer’s campaign has raked in donations from billionaires and Hollywood celebrities despite fundraising off her Trump-endorsed opponent’s ties to “special interests,” according to state records reviewed by the Daily Caller News Foundation.

“Special interests are continuing to line up behind Tudor Dixon, including former Gov. John Engler and billionaire Betsy DeVos,” Whitmer’s campaign wrote in a July 8 email to voters. “Party insiders and special interests are going full steam ahead with Tudor Dixon, their newly handpicked candidate who has proposed a radical agenda that would take Michigan backwards.”

Billionaires who shelled out $250,000 for Whitmer’s campaign in 2021 include Democratic Illinois Gov. J.B. Pritzker, oil company heiress Stacy H. Schusterman and siblings Patricia Stryker and Ronda Stryker — the grandchildren of inventor Homer Stryker. Some other billionaires who have donated to Whitmer’s campaign include former Enron executive John Arnold, who gave $7,150 in April 2022, and Open Society Foundations Founder George Soros, who gave $25,000 in 2021.

Tom Ford, the fashion designer and filmmaker, donated $7,500 to Whitmer’s campaign in February 2022. Tom Rothman, the CEO of entertainment conglomerate Sony Pictures, gave the governor’s campaign $5,000 back in 2021.

“I kind of think hypocrisy is a misdemeanor these days in politics,” Fred Wszolek, a Republican strategist in Michigan, told the DCNF. “This is the opening act of Whitmer for president. That’s what all this demagoguery is about. To build a fundraising list for president.” 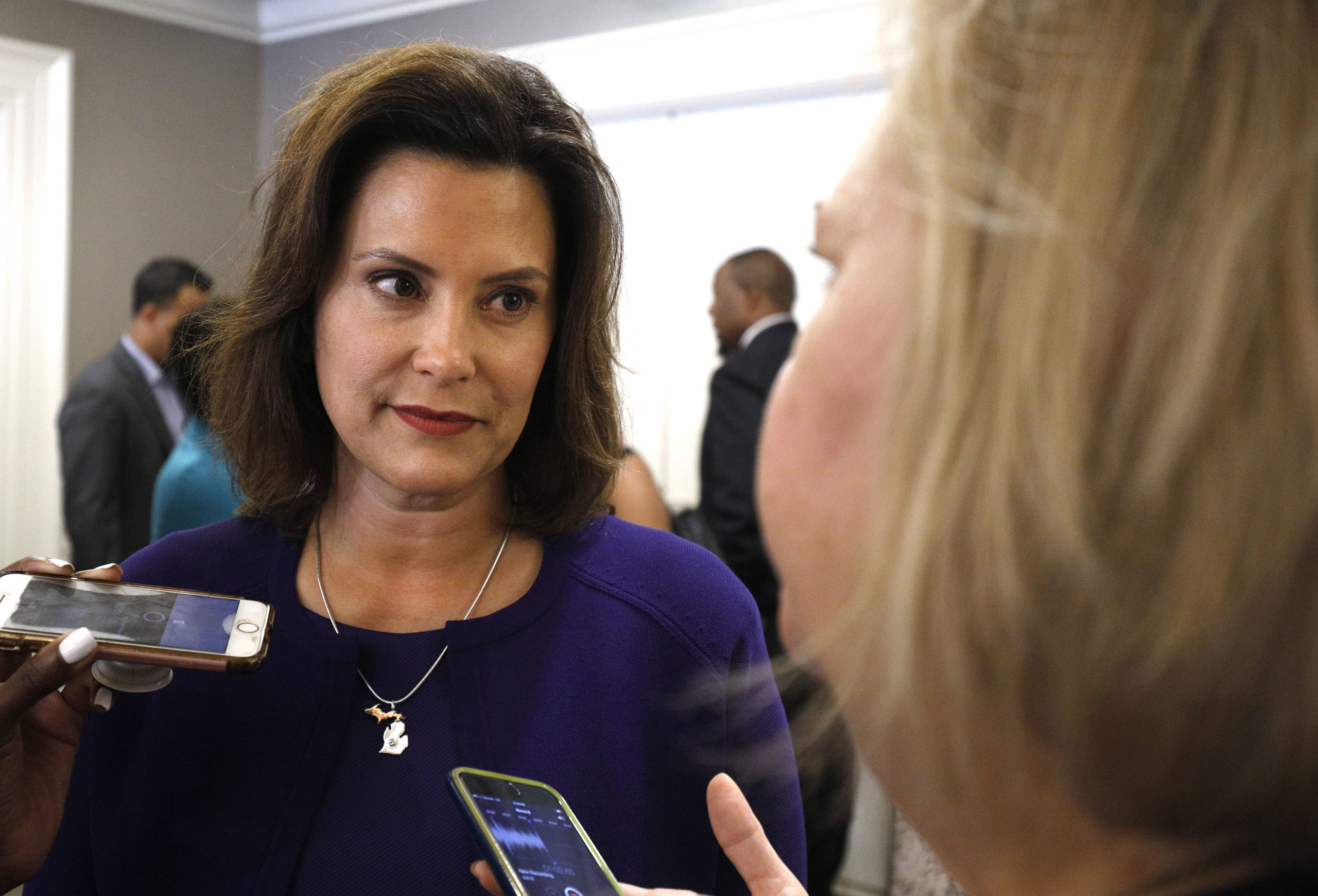 Whitmer, who assumed office in 2019 and ran unopposed in 2022, has faced notable backlash from Republicans for her state’s strict COVID-19 restrictions, which she repeatedly failed to abide by. Dixon, who worked for Michigan steel companies and was a radio host, won the Republican primary in August after receiving former President Donald Trump’s endorsement.

“With over $15 million in attack ads out against us, we have to be ready to fight back against whatever Tudor Dixon and her special interest backers throw at us,” Whitmer’s campaign also wrote to voters in a Tuesday email. “That’s why we’re coming to you today.”

By “special interests,” Whitmer’s campaign is alluding to Dixon’s campaign contributions from DeVos and her family, Home Depot Co-Founder and billionaire Bernard Marcus, ULINE Corporation CEO and billionaire Richard Uihlein — as well as two pro-Dixon super PACs called Michigan Families United and Michigan Strong — according to a Republican operative familiar with the situation.

Whitmer has faced scrutiny from Republicans for her campaign taking individual contributions from wealthy left-wing donors allegedly above the $7,150 limit. Michigan Freedom Fund, a conservative nonprofit, filed a campaign finance complaint in September 2021 against ten of Whitmer’s campaign donors, including Pritzker, the Strykers and Schusterman.

Whitmer’s campaign sent $3.5 million to the Michigan Democratic Party in January after raising $2.5 million more than allowed under the legal limit, the Detroit News reported.

“Gretchen Whitmer literally took millions in illegal contributions over the campaign finance limits in Michigan and she is literally funded by anti-American, pro-communism Billionaires like George Soros,” Dixon told the DCNF. “Gretchen Whitmer is a dishonest career politician who is always guilty of everything she accuses other people of.”

Whitmer’s campaign did not respond to the DCNF’s request for comment.