The Michigan Department of Education (MDOE) is training teachers to hide transgender students’ name and pronouns from their parents, according to training materials.

“First of all, students have privacy rights. Schools don’t have a legal obligation to tell parents that a student goes by a different name or pronouns than their legal name,” Kim Phillips-Knope, project lead of the MDOE LGBTQ Students Project, said in one video.

Phillips-Knope tells educators to let the students decide if their parents should be notified of their name and pronoun change, one video showed. This way, Phillips-Knope says, educators can’t “unintentionally out a student to their family.”

“This video is disturbing on multiple levels. It shows how the government tries to supplant parents and their roles in their child’s life,” Yael Levin, chief communications and Technology Officer of No Left Turn In Education, a non-profit that focused on engaging parents in education, told the Daily Caller News Foundation. “We are watching the government conspiring to undermine parents. And when I, as a parent, see this, it destroys whatever little trust I had left in the public school system. These officials are actively working to separate children from their parents.”

Educators are advised to ask students how they think their parents will react if they tell them about their gender identity, one video stated. Planning another sleeping arrangement for a student who may feel unsafe telling their parents they have a different gender identity is also suggested. 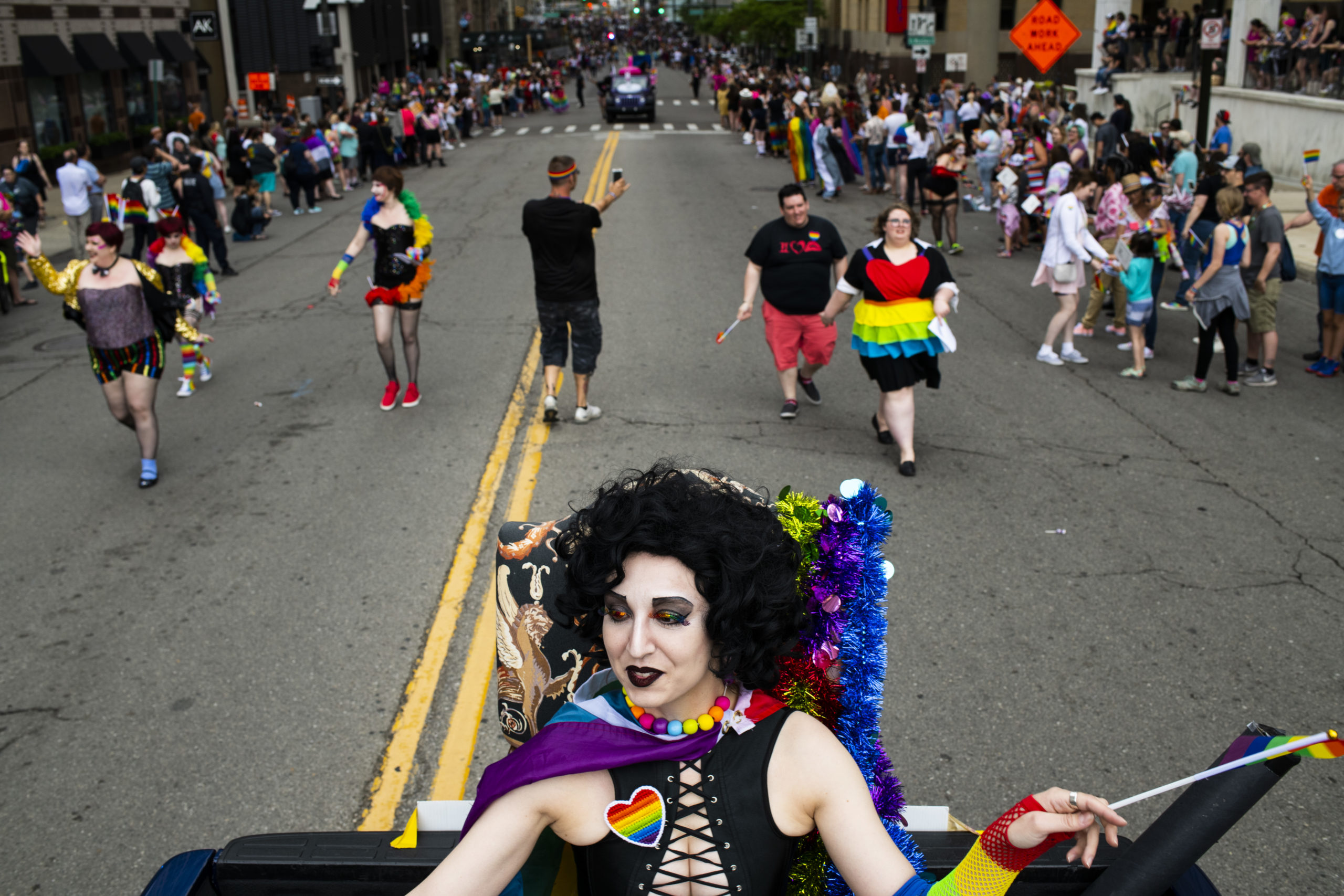 Playing Frankenfurter from “The Rocky Horror Picture Show,” Lauren Montgomery, 34, rides in a truck making its way through the procession during the Motor City Pride Parade on June 9, 2019 in Detroit, Michigan. (Photo by Brittany Greeson/Getty Images)

One of the officials in the training says gender fluidity, a change in what gender one identifies with, should be normalized by age 5. Educators are also taught ways they can change or hide a student’s name in their roster without changing any data that may be accessible to parents.

In 2017, the MDOE issued their guidance on creating a “safe and supportive” environment for LGBTQ students which included providing “professional development opportunities on issues affecting LGBTQ students to district staff and board members.” The MDOE suggested that the training should extend past educators to “coaches, bus drivers, cafeteria workers, custodians and administrative support staff.”