UPDATE: This piece has been updated to reflect a statement from Pacific Gas and Electric Company (PG&E).

Democratic Gov. Gavin Newsom of California proposed on Friday to delay shutting down the state’s remaining nuclear power plant for up to another decade to avoid exacerbating the state’s energy crisis, according to a draft of the bill.

Newsom presented legislation that would keep the plant open for five to ten years beyond its planned closure date in 2025 and give its operator, Pacific Gas and Electric Company (PG&E), a loan of up to $1.4 billion to do so, according to the draft. The extension delay is needed because extreme heat could push power demand beyond available supplies of electricity, resulting in blackouts as supply chain issues are slowing clean energy projects aimed at replacing the plant’s energy output, Newsom’s aides told E&E News. (RELATED: Activist Investment Firm Pushes California Oil And Gas Producer To Curb Oil And Gas Production)

“PG&E is committed to California’s clean energy future, and as a regulated utility, we are required to follow the energy policies of the state,” PG&E told the Daily Caller News Foundation in a statement. “We understand state leaders’ discussions to potentially extend operations at DCPP are progressing. We are proud of the role that DCPP plays in our state, and we stand ready to support should there be a change in state policy, to help ensure grid reliability for our customers and all Californians at the lowest possible cost.”

Newsom’s plan comes amid the state’s efforts to prevent blackouts and energy shortages during its ongoing energy transition that looks to produce 100% of its energy from ‘clean’ sources by 2045 through the use of renewables and the phase-out of fossil fuels, according to the California Energy Commission. California does not currently have enough lithium-ion battery storage to completely supply its grid with wind and solar power, according to the LA Times.

The Diablo Canyon Nuclear Power Plant, located near San Luis Obispo, produces nearly a tenth of the state’s electricity and was scheduled to be shut down following a 2016 agreement reached by PG&E, environmental groups and local authorities, according to Politico. 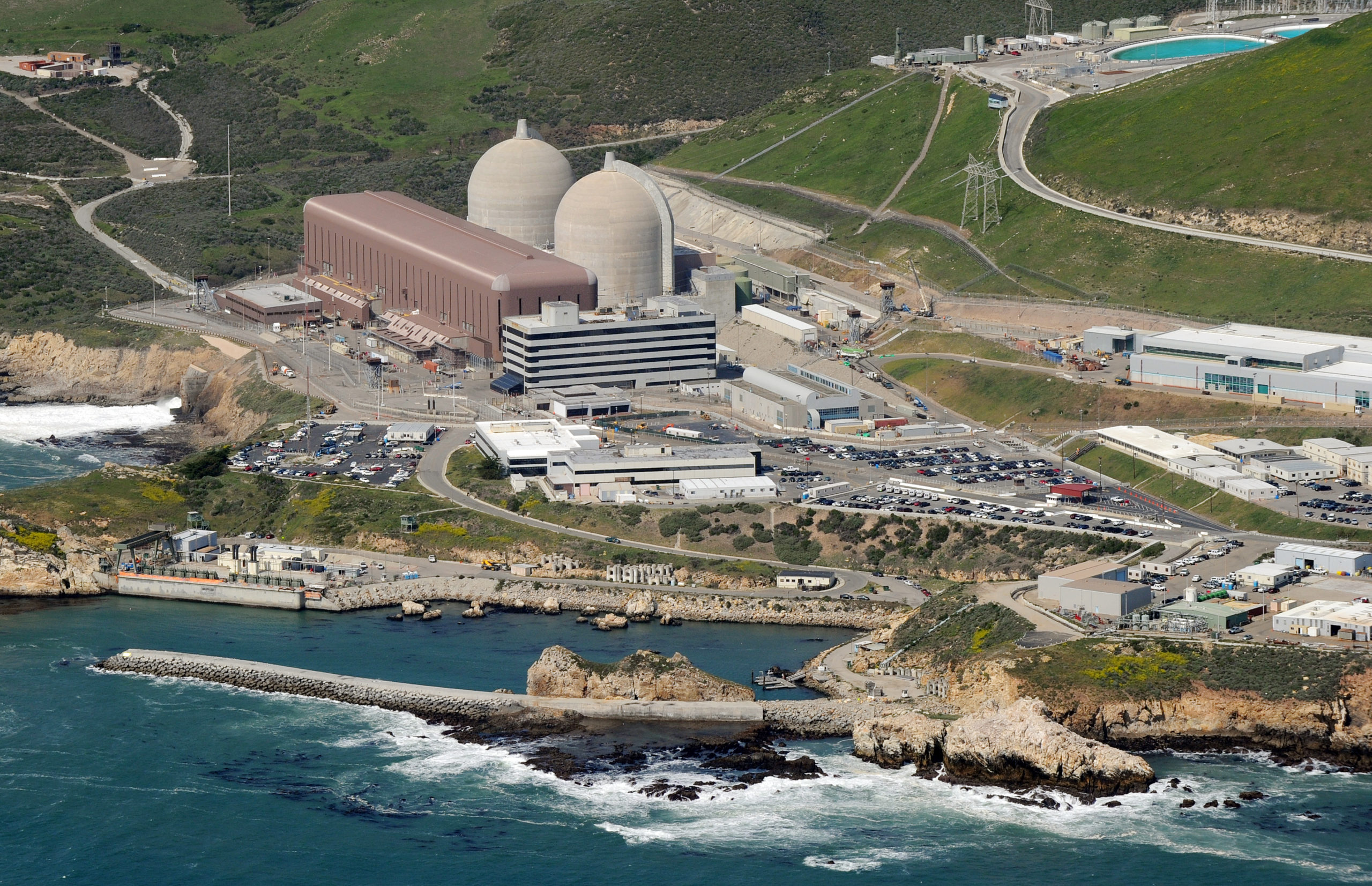 Aerial view of the Diablo Canyon Nuclear Power Plant which sits on the edge of the Pacific Ocean at Avila Beach in San Luis Obispo County, California on March 17, 2011. (MARK RALSTON/AFP via Getty Images)

However, Newsom’s plan to ameliorate energy concerns will require the U.S. Nuclear Regulatory Commission to renew the operating license, and state officials are also saying that the plant would also require costly safety upgrades, according to E&E News. The state Legislature also has very little time to consider the bill and it would have to be approved by both chambers by Aug. 31, the session’s final day.

Should Diablo Canyon close in 2025, the state will need to take numerous steps to ensure grid reliability, including adding battery storage at more than three times the current level through 2026, according to a June Brattle Group report. California would also need to add utility-scale solar at roughly three times current rates, as well as ensure that 1 gigaton of pumped hydro storage and 1 gigaton of new geothermal energy arrive by 2026, according to the report.

Elevating demand from increasing the number of electric vehicles in California will also increase electricity consumption, according to E&E News.

Governor Newsom’s office did not respond to the Daily Caller News Foundation’s request for comment.