A multistate coalition of 17 Democratic attorney generals (AG) spearheaded by AGs from California and New York, sent a letter on Monday to the U.S. Postal Service (USPS) urging the service to end its use of gas-powered vehicles.

The coalition is leading a group of Democratic states that want USPS to redo its purchasing plans for its new vehicle fleet by paying “greater attention to environmental justice and addressing the climate crisis,” according to the letter. However, the USPS announced plans to purchase at least 25,000 electric delivery vehicles, more than doubling its previous estimate, to replace its aging fleet, according to a July press release. (RELATED: Electric Bus Fleet Touted By Dems Taken Out Of Service After One Burned Up In Battery Fire)

“The Postal Service failed the communities it serves when it finalized a plan that doubles down on outdated, gas-guzzling technologies, instead of considering cleaner, more environmentally friendly alternatives,” stated California AG Rob Bonta in a Monday press release.

In April, 16 Democratic states also filed a lawsuit to prevent the USPS from purchasing mostly gas-powered delivery vehicles, according to court filings. They contend that the agency conducted an illegal environmental analysis and signed contracts before even completing a draft environmental review. Four environmental groups and the United Auto Workers Union also joined the lawsuit. 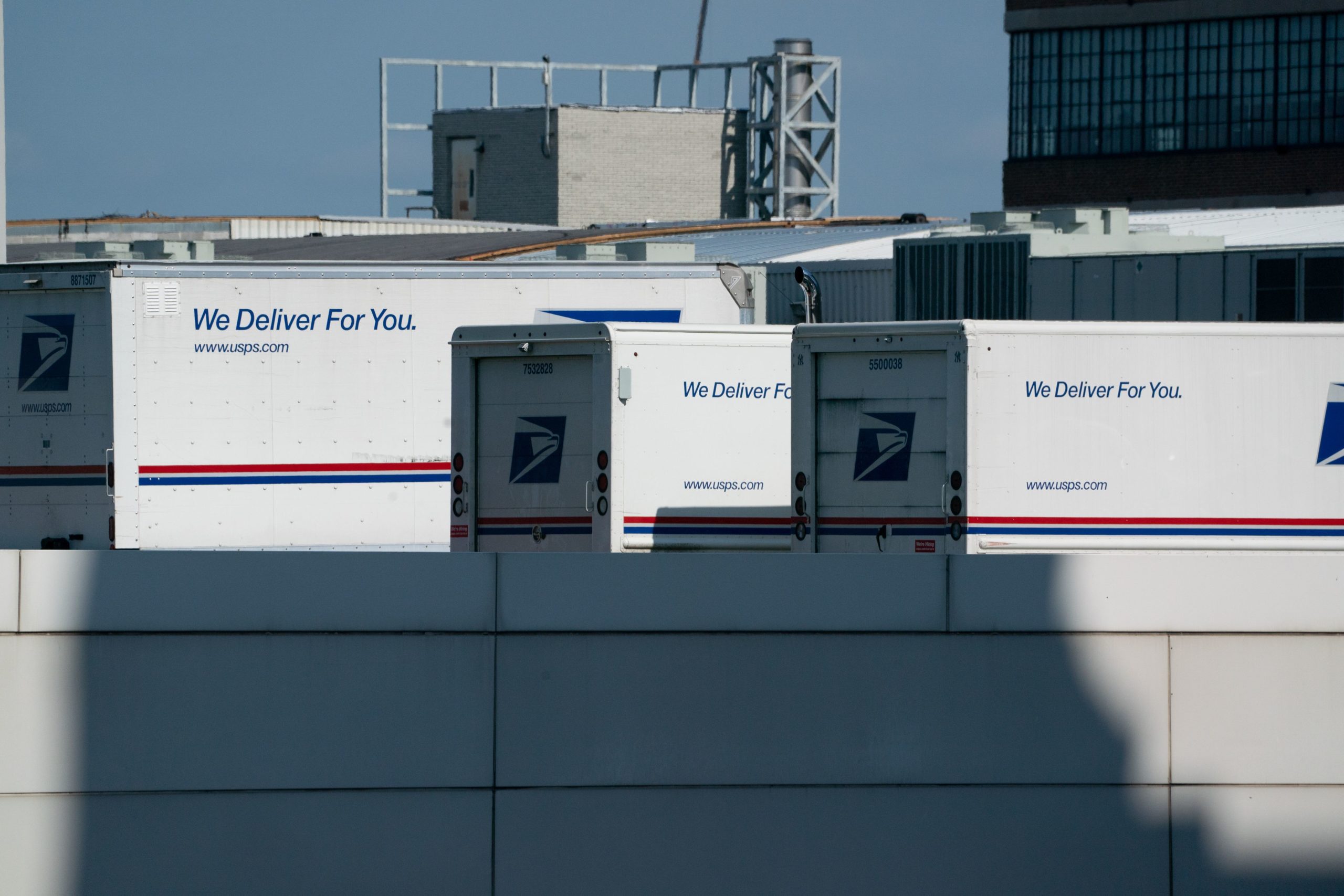 US Post Office vehicles are parked on the roof of a facility in Chelsea on August 17, 2020 in New York. (Photo by BRYAN R. SMITH/AFP via Getty Images)

The service also plans to purchase more than 34,500 commercial off-the-shelf delivery vehicles over the next two years, according to the July USPS press release. Up to 20,000 of those could be electric vehicles, while the remaining 14,500 are expected to be gas-powered.

President Joe Biden is expected to sign legislation authorizing the USPS to spend $3 billion on EVs and charging infrastructure on Tuesday, according to Reuters. Postmaster Louis DeJoy refused to say how much the first 25,000 EVs would cost in July and on Monday, USPS refused to say how they planned to spend the $3 billion.

The office of the California AG and the USPS did not immediately respond to the Daily Caller News Foundation’s request for comment.