The South Dakota Department of Education (SDOE) found instances of Critical Race Theory (CRT) in the departments’ guidance, training and academic standards, according to the Aug. 15 report.

The report was released in accordance with South Dakota Republican Gov. Kristi Noem’s April 5 executive order which outlawed the teaching of CRT, which “compels students to view the world through a purely racial lens,” in colleges and K-12 institutions. The SDOE found their state academic standards asked about “power and privilege” and promoted “civic engagement activity.” (RELATED: Michigan Department Of Education Trains Teachers To Hide Students’ Names, Pronouns From Parents)

“We are proactively removing Critical Race Theory before it has any opportunity to take hold in our schools,” Noem said in a press release. “We are taking action to promote America’s true and honest history, including the history and culture of our Native American tribes, without any influence of Critical Race Theory or other divisive concepts.”

The state’s K-12 academic standards for Introduction to Law and Public Safety II, a technical education course, asks students to “analyze differences in power and privilege related to people of culturally diverse backgrounds, beliefs and practices,” according to the report. Students in the class also have to look at issues of “cultural assimilation and cultural preservation among ethic and racial groups” that occur in the state and country.

“Out of the thousands of items reviewed, a very small number were deemed to be out of alignment with Governor Noem’s executive order,” Tiffany Sanderson, Secretary of the Department of Education, said in a press release. “The department is taking action to modify or discontinue those items. I am proud of the department’s work, and we will continue working to ensure that South Dakota students have the opportunity to receive a robust and honest social studies education.” 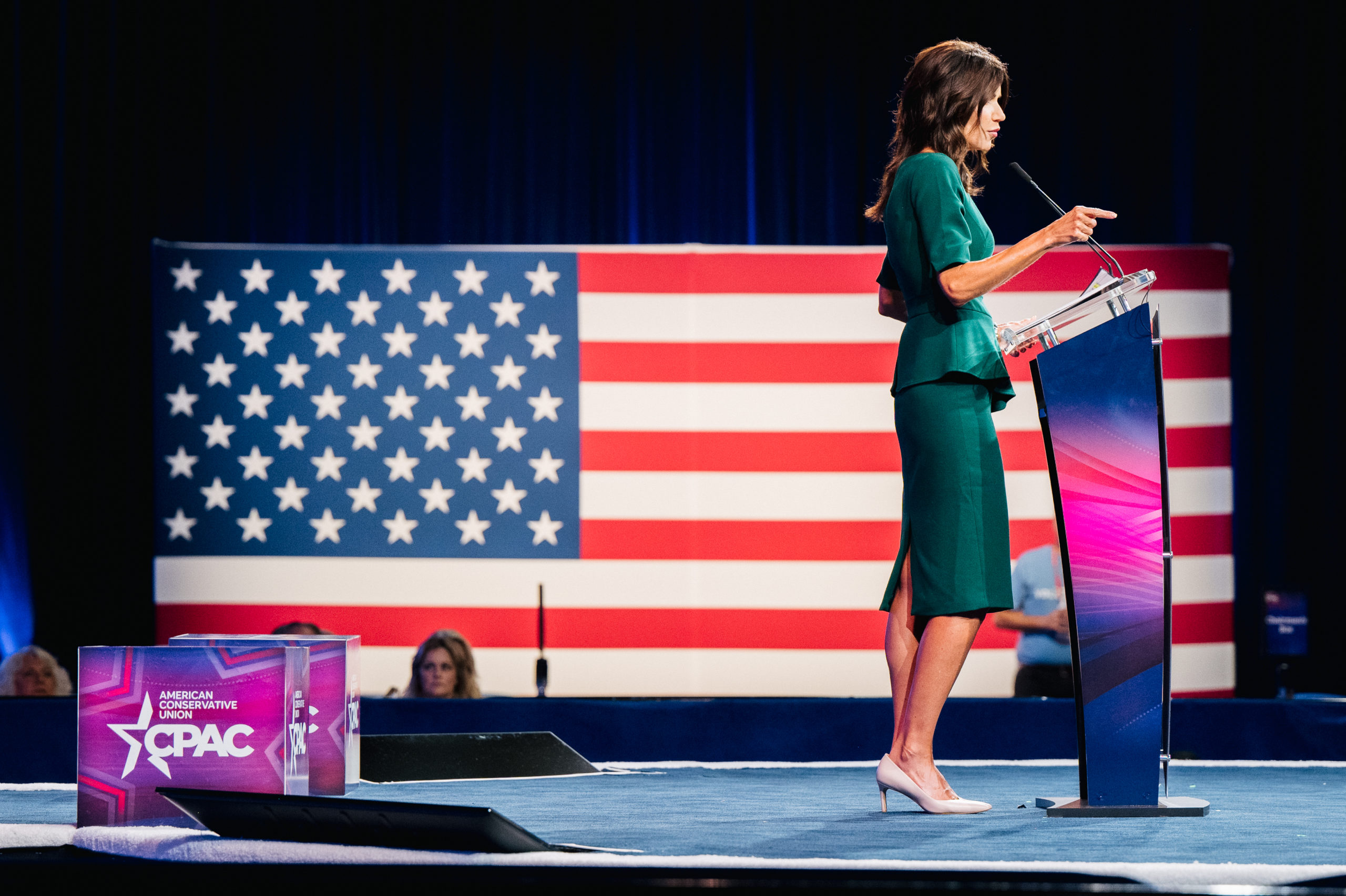 South Dakota Gov. Kristi Noem speaks during the Conservative Political Action Conference CPAC held at the Hilton Anatole on July 11, 2021 in Dallas, Texas. CPAC began in 1974, and is a conference that brings together and hosts conservative organizations, activists, and world leaders in discussing current events and future political agendas. (Photo by Brandon Bell/Getty Images)

A high school social studies standard adopted in 2015 encourages students to “circulate a petition, organize a rally, champion a boycott,” the report stated. Curriculum implemented in 2008 in to teach about the Oceti Sakowin tribe suggests activities for students such as “simulate assimilation experiences, including: conversion of groups to individualism.”

The state mandates a three-credit course in “South Dakota Indian Studies” for educators and found that some institutions are teaching students to have “a fundamental awareness of cultural dynamics such as race and gender bias, stereotyping, assumptions etc,” the report stated.

Noem also released a draft for South Dakota’s new K-12 social studies academic standards for American history on Aug. 15, according to a press release. The curriculum focuses on the history of South Dakota and its Native American population.

The SDOE referred the Daily Caller News Foundation’s to the press release when asked for comment.

Noem did not immediately respond to the DCNF’s request for comment.