A religious organization in Oakland, California, that celebrates controlled psychedelic mushrooms and marijuana use is suing the city, the police department and one of its officers for allegedly violating its First- and 14th-Amendment rights in connection with a 2020 raid that seized substances from its building, according to the San Francisco Chronicle.

Oakland police raided Zide Door Church of Entheogenic Plants that year, taking cash and roughly $200,000 in mushrooms and cannabis following claims it was running an unpermitted cannabis dispensary, the outlet reported. The church is accusing authorities and one particular officer of discriminating against its religious beliefs. 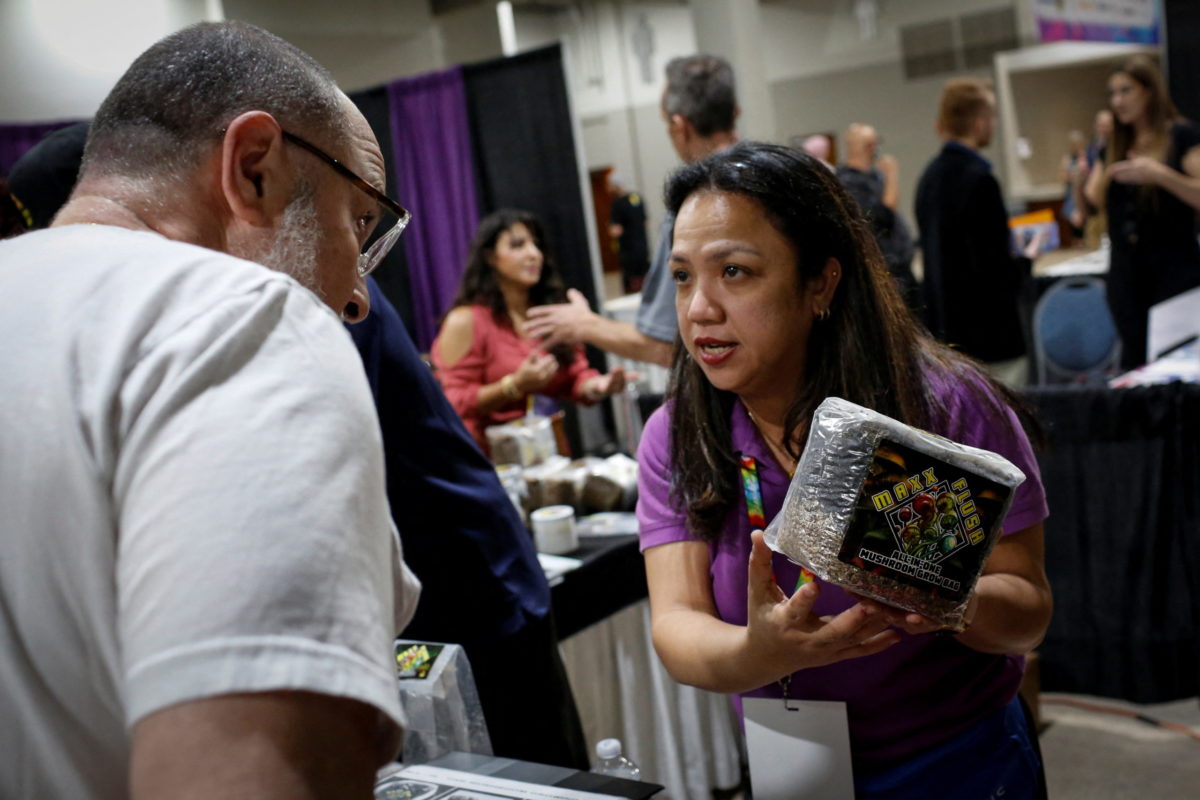 A vendor shows mushroom spores to a visitor during the Cannadelic Miami expo, in Miami, Florida, U.S. February 5, 2022. REUTERS/Marco Bello

Zide Door Church claims to be founded on the idea that psychedelic mushrooms caused complex human communication and religion to evolve. It says cannabis enables people “to understand life, the world and the teachings from the spirits that communicate through mushrooms and other entheogens” by using a focused “inner eye.”

The church’s founder Dave Hodges told Vice that those who consider it a religiously cloaked drug dispensary “just don’t understand that we truly believe in this.” (RELATED: ‘Challenges The Whole World’: Catholic Church Reacts To Overturning Of Roe V. Wade)

Oakland moved to decriminalize psychedelic mushrooms in 2019 without permitting their commercial sale or production, and Zide Door Church opened later that year, the San Francisco Chronicle reported. Federal and California law bans psychedelic plants, according to the outlet.

Parties can petition for clearance to use generally banned Schedule 1 substances in religious contexts under U.S. Drug Enforcement Administration guidelines.

Hodges told the Chronicle the 2020 police raid caused at least $50,000 in building damage. “We’re really hoping in any way possible to hold the Oakland police department accountable for what they did,” he commented to Vice.

“The Oakland Police Department does not comment on pending litigation,” a representative told the Daily Caller News Foundation. Oakland City Attorney Barbara J. Parker said her office had not yet been served with the lawsuit.

Zide Door Church did not immediately respond to the DCNF’s request for comment.