Activists on President Joe Biden’s environmental justice council are frustrated by what they consider to be concessions to the oil and gas industry included in the Democrats’ huge climate spending bill, according to Politico.

Two members of the White House’s “environmental justice” council are complaining that fossil fuel provisions outweigh the impact of $369 billion that the bill puts towards green energy and environmental justice programs, Politico reported. The activists argue that provisions to auction federal lands for drilling, as well as pipeline permitting reform and funding for carbon capture technology, will expose minority and underprivileged communities to more pollution. (RELATED: Here’s What Americans Will Get From The Climate And Tax Bill Democrats Just Passed)

The leasing measures will harm minority and economically disadvantaged communities that are located near the Gulf Coast’s oil and gas facilities, Robert Bullard, member of the White House Environmental Justice Advisory Council and director of the Bullard Center for Environmental and Climate Justice at Texas Southern University, told Politico.

The plan gives $60 billion to financing environmental justice, which is the highest amount the federal government has ever provided for the cleanup of pollution in minority communities and low-income areas, according to the Democrats’ summary of the bill; however, Biden’s allies are not fully satisfied with the funding. 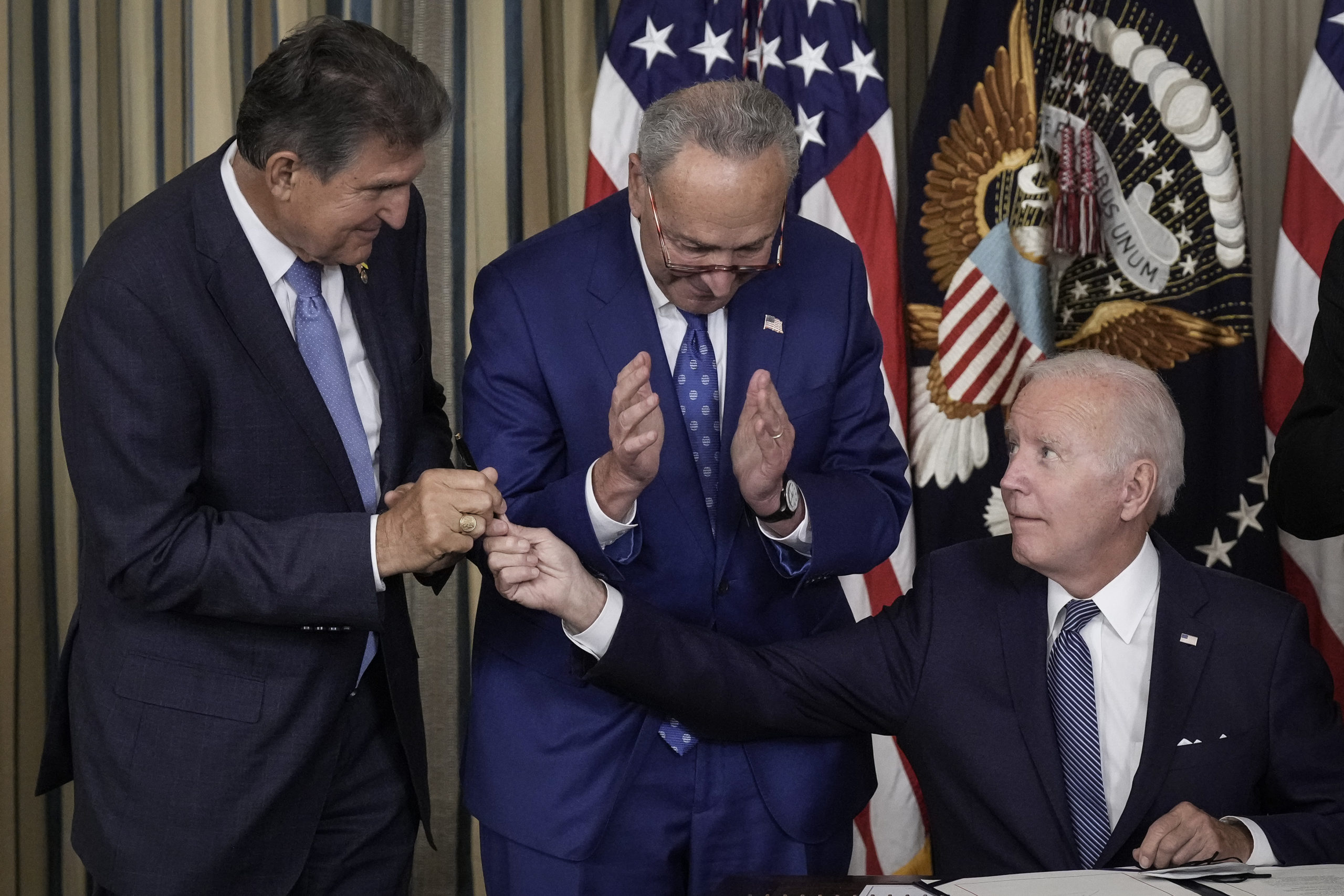 “What we have to do is get a commitment that this is not the end of our work on climate justice and that we have to work better and harder to ensure that those big gaping holes that are left in this bill are filled with justice,” Bullard told Politico.

Activist organizations also are urging Biden to declare a climate emergency in order to strengthen executive actions to fight climate change. They assert that such measures are necessary as modeling done by Democratic Sen. Chuck of New York’s office demonstrates that the new law will fall far short of Biden’s objectives for lowering U.S. greenhouse gas emissions, according to Politico.

“Somehow, we’re both a bargaining chip and the people that can save the day when it comes to elections,” Maria Lopez-Nuez, deputy director of organizing and advocacy with the Ironbound Community Corp., and a member of Biden’s White House Environmental Justice Advisory Council, told Politico. “Those are incongruities in morality that cannot last for very long.”