Economist and former Secretary of the Treasury Department Larry Summers said in an interview with Bari Weiss that the Federal Reserve has lost its credibility after a series of bad judgment calls.

Summer and Weiss were discussing the current state of the economy, when Weiss asked whether institutions “like the Fed are well prepared to navigate all of the crises” the country is facing economically.

Summer said the Fed’s previous judgments have partially ruined its credibility and make it harder for Americans to trust the Fed as it navigates record high inflation.

“I think the Fed has made a number of flawed judgments, particularly during 2021. Those bad judgments have reduced their credibility, which has made it harder to do what is necessary,” Summer said. “When you are less trusted, it is harder to lead.”

Weiss then noted how officials have recently tried to downplay inflation and recession concerns, consistently telling Americans the problems were “transitory” and temporary. Summers said people should not simply “extend their unquestioning trust to any institution.”

“I think there also may have been some belief that the Fed knows best,” Summers said. “Some people in the financial community, particularly economists, may be reluctant to challenge the views of the Fed.”

“I think a lot of people probably aren’t willing to adjust their views in the face of new evidence.” 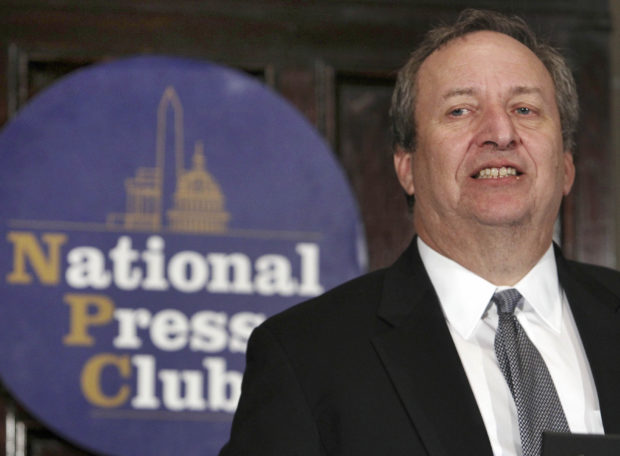 Summers also said he is “happy” with the Inflation Reduction Act, which will have a “statistically indistinguishable [impact] from zero,” according to a recent study by the Penn Wharton Budget Model.

Summers cast some doubt on that study, arguing that it “underestimates the revenue gains from increased tax enforcement in the bill” while also not taking account of several “non-macroeconomic factors.”

“I am happy with [the bill],” Summers, who helped craft it and reportedly convinced Democratic West Virginia Sen. Joe Manchin to vote for it, said in the interview. “I don’t think its principal effect is going to be reducing inflation. But I do think it is going to serve some vital national interests in terms of protecting the environment, expanding health care, and making our tax system work better. Through that process, it is going to reduce inflation.”

The so-called Inflation Reduction Act was meant to address skyrocketing inflation by subsidizing health care costs and energy costs. Even with the bill’s tax increases, the deficit is only expected to be cut by $248 billion, while the legislation will have a negligible effect on rampant inflation, the analysis found.

The Federal Reserve did not answer the Daily Caller’s request for a response to Summers’ comments.