A private Christian school’s policy asks students who are transgender and gay to leave the school, according to an email obtained by NBC News.

A letter by school administrator Barry McKeen of Grace Christian School, in Valrico, Florida, reemphasized a school policy that asks any student who is engaging in any form of “homosexuality, lesbianism, bisexuality, transgender identity/lifestyle, self-identification, bestiality, incest, fornication, adultery and pornography,” to leave the school, according to a June 6 letter obtained by NBC News. McKeen’s letter includes Bible verses to support the policy and also tells educators to refer to a student by their birth name. (RELATED: School District Is Requiring Its Employees To Call Students By Preferred Pronouns, Names)

“Therefore, one’s biological sex must be affirmed and no attempts should be made to physically change, alter, or disagree with one’s biological gender — including, but not limited to, elective sex reassignment, transvestite, transgender, or non-binary gender fluid acts of conduct (Genesis 1:26-28),” McKeen’s letter obtained by NBC News said. “Students in school will be referred to by the gender on their birth certificate and be referenced in name in the same fashion.” 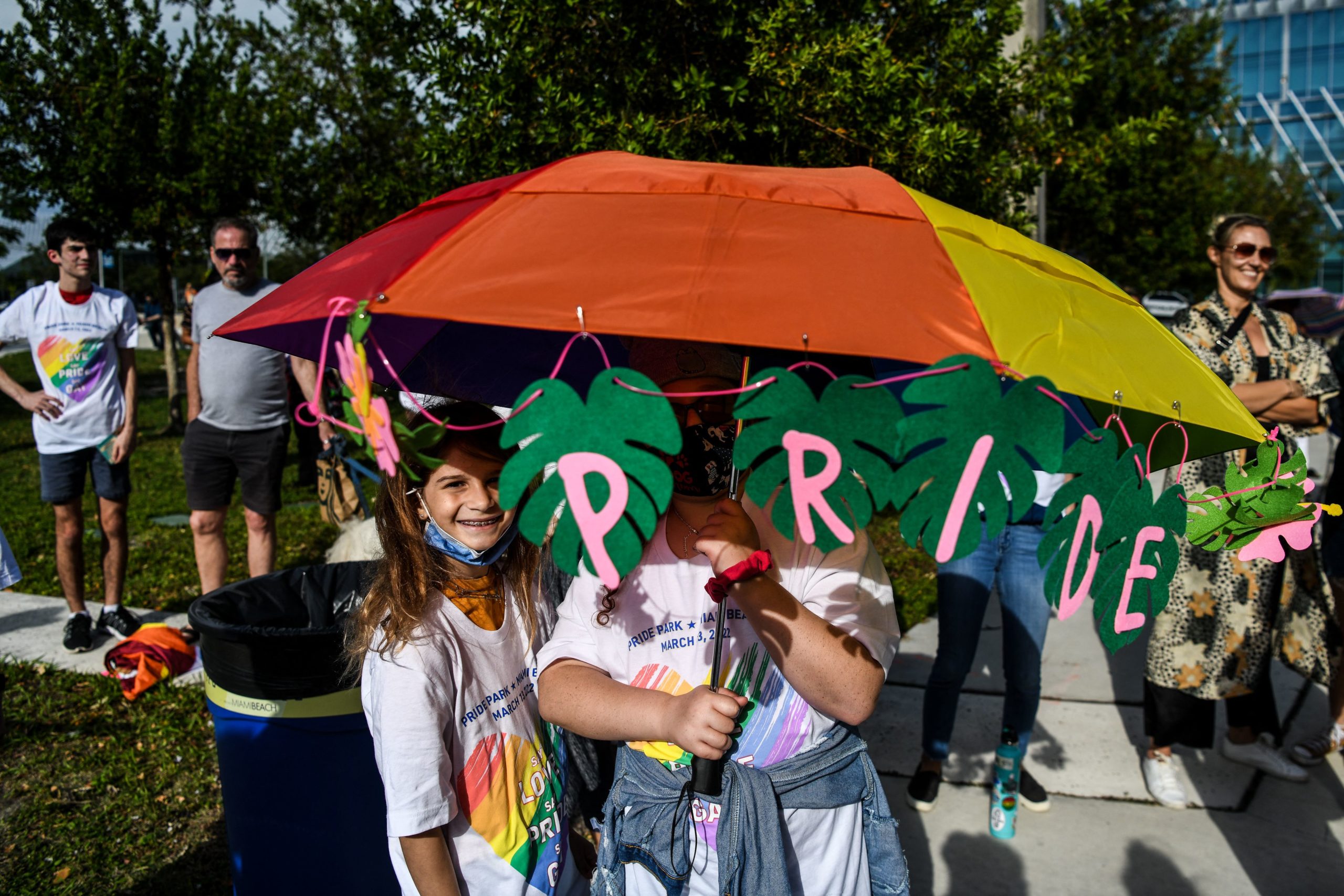 Members and supporters of the LGBTQ community attend the “Say Gay Anyway” rally in Miami Beach, Florida on March 13, 2022. (Photo by CHANDAN KHANNA/AFP via Getty Images)

McKeen responded to the email leak in a Facebook video saying he turned down NBC News’ request for comment because of “what they were going to be trying to prove.” The school has no plans to change the policy, McKeen said in the video.

“It is true that a student cannot come to our school, knowingly for us and be transgender or homosexual,” McKeen said. “That is rooted in the scripture. God has spoken on those issues, explicitly, aggressively and we have had these policies in our school since day number one, in the early 1970s. This is not new. It is also true, it wasn’t in the article, but Grace Christian is one of many, many schools in the state of Florida that are Christian schools. And almost every Christian school has such a policy.”

The school’s website listing their policies including dress code, tattoos and attendance, is blank.

The school and McKeen did not immediately respond to the Daily Caller News Foundation’s request for comment.