A Nebraska school district shut down its journalism program after the school newspaper published articles about the LGBTQ community, according to the Grand Island Independent.

The Saga Newspaper at Northwest Public Schools in Grand Island, Nebraska, published a May editorial about the history of Pride month and homophobia titled “Pride and Prejudice: LGBTQIA+,” according to the Grand Island Independent. Students were informed the journalism program was cancelled days after the last issue was printed because the school board and superintendent were “unhappy with the last issue’s editorial content.” (RELATED: Private Christian School Will Ask Gay, Trans Kids ‘To Leave’: REPORT)

The last edition of the paper published an article rejecting Florida’s Parental Rights In Education law, which prohibits the teaching of sexual orientation and gender identity lessons in kindergarten through third-grade classrooms, the Associated Press reported.

An employee of the school district canceled the printing and advertising services for the paper after the last issue was published, the Grand Island reported. Administrators told the newspaper staff to stop publishing students’ preferred pronouns in their bylines in April 2022. 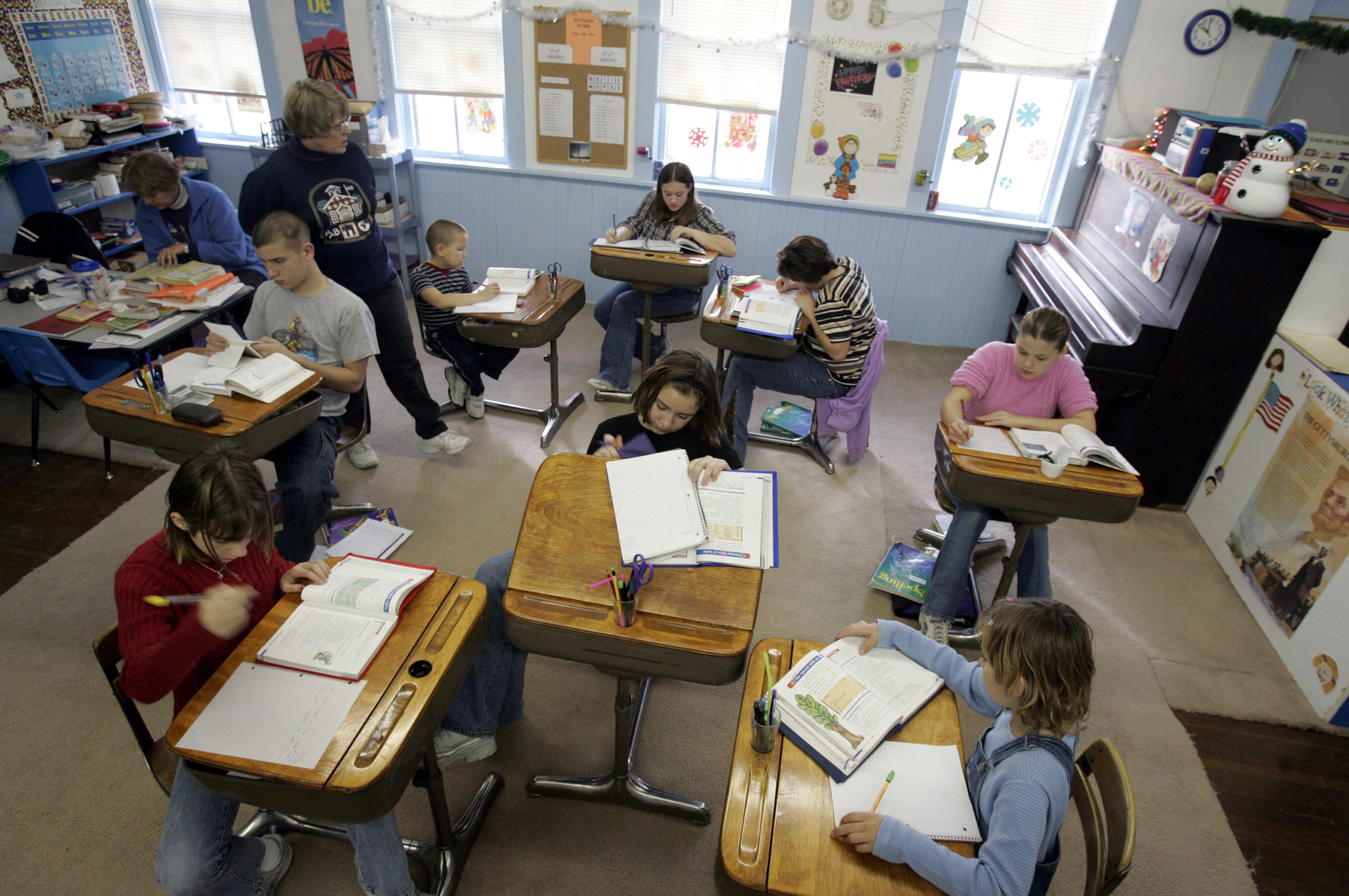 June Brown (Standing), the teacher at the Hill Public School, walks around the room speaking to the children January 25, 2005 near Bayard, Nebraska. (Photo by Larry W. Smith/Getty Images)

School board vice president Zach Mader told the Grand Island Independent taxpayers might have had strong reactions to the editorials.

“They would have been like, ‘Holy cow. What is going on at our school?’” Mader told the outlet.

Northwest Public Schools did not immediately respond to the Daily Caller News Foundation’s request for comment.